With Obamacare, Democrats won the battle to “fundamentally transform America” 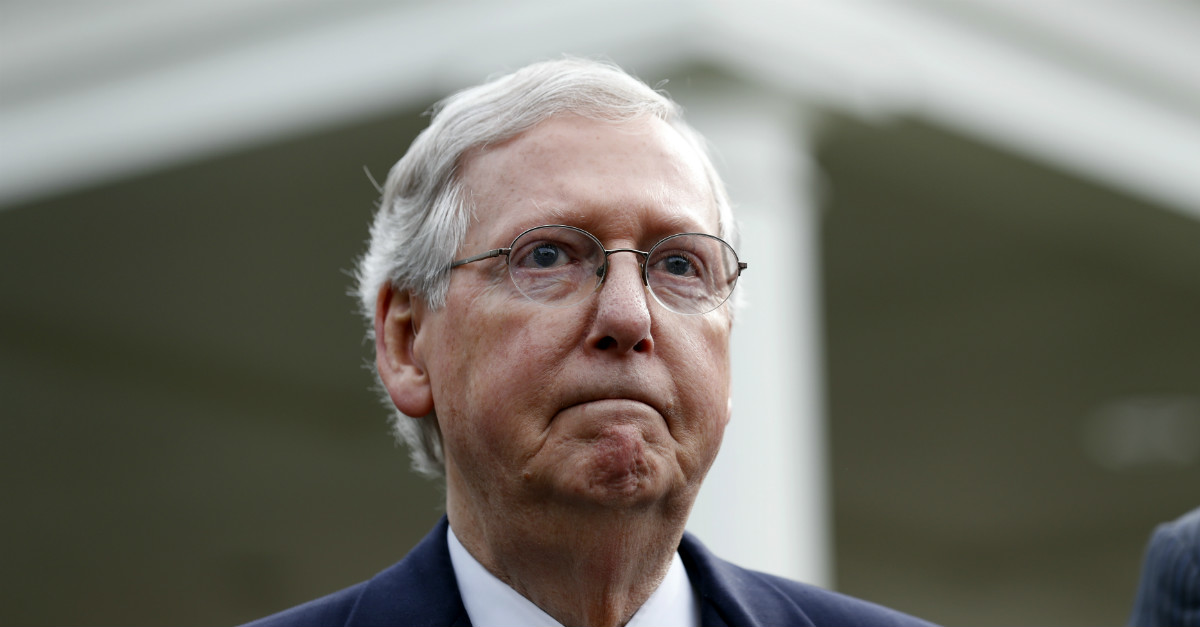 How do you know you’ve won the battle to “fundamentally transform America”? When the other side not only refuses to fight, but has completely conceded the premise of the argument.

Take the latest debate over whatever monstrosity is to replace Obamacare. Whether it’s called the ACA, the AHCA, the BCRA, Ryancare, Trumpcare or McConnellcare, the details of these plans in no way match the promises that Republicans made to the American electorate.

Gone is all that talk of “pulling out Obamacare, root and branch” — because that’s just a promise you make when you’re Senate Majority Leader Mitch McConnell and you’re running for reelection.

Once you win that election, and your party controls the House, the Senate and the presidency, that’s when things get interesting. It only takes returning to Washington for Republicans to switch their rhetoric and completely drop all that talk of a more free-market system.

The Senate health care bill, like the cataclysmically awful House bill, was crafted in secret — and it contains even less to like. In addition to doing nothing about the out-of-pocket costs of health care, the Senate version cuts Medicaid funding and imposes a six-month waiting period for anyone who lets their health insurance lapse for 63 days.

After the House had trouble passing their compromise draft, some policy analysts said not to worry — the Senate would fix the problems. Now it seems that if the Senate can manage to pass a bill after the July 4 recess, it will either have to be approved by the House as-is, the two chambers will have to reconcile their differences in conference, or the House will pass a new version that will then be bounced back to the Senate. How’s that for one-party rule?

No wonder McConnell had to embarrassingly postpone the vote until after the holiday weekend.

What’s shameful is that Republicans have conceded Democratic talking points on Obamacare. The GOP isn’t even debating access to care — they’re talking about access to “coverage,” as if that’s the same thing.

We have Jonathan Gruber — the MIT economist and Obamacare architect who famously spoke of the “stupidity of American voters” and tried to hoodwink them into swallowing Obamacare as a tax — to thank for that cynical euphemism.

Anyone who has ever been stuck with tens of thousands of dollars in medical bills knows that being forced by the government to purchase health insurance coverage is not in any way the same thing as having access to health care. Given that the number one driver of bankruptcy in America is health care costs, there are plenty of ordinary Americans who understand this horrifying reality.

But apparently Congress has now contented itself with merely providing access to coverage.

RELATED: The Senate health bill contains the biggest bailout of the insurers since, well, Obamacare

You have to ask yourself how we got here. If elections matter, why isn’t Congress repealing Obamacare like they promised?

The answer to why Republicans in Congress are doing nothing is that Democrats won the battle of ideas.

With a few notable exceptions, most Republicans have conceded the premise that government should provide access to health care coverage, and that the government is the most efficient deliverer of that service.

This is why you don’t hear McConnell going on the Sunday shows to argue the merits of the free market system.

And it’s exactly why GOP leadership efforts on this issue are doomed to fail: Republicans do not believe in the supremacy of their own ideas.