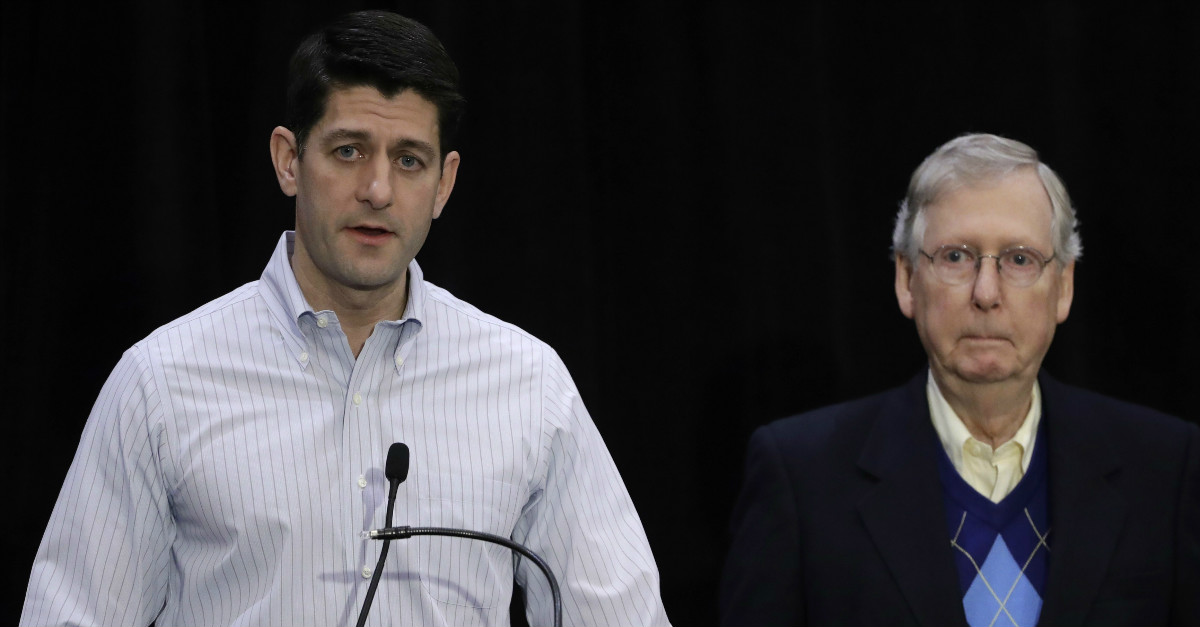 Since President Trump’s inauguration, Republicans have gotten a lot of guff for dragging their feet on Obamacare repeal. Just ten days ago, Sen. Bob Corker (R-TN) confessed that “there’s not any real discussion taking place” on Capitol Hill about a replacement.

Meanwhile, more bad news has kept coming for the Obama administration’s landmark policy. On Tuesday, the health insurer Humana announced that it will be pulling out of Obamacare’s exchanged in 2018. Then, less than 24 hours later, the IRS announced it rolled back a rule requiring taxpayers to indicate whether they have health insurance on their returns, effectively not enforcing the individual mandate.

In short, it appears as if Obamacare is entering crisis mode, and the GOP is sitting on the sidelines.

This changed somewhat yesterday, when House Republican leadership presented a plan to their members. So far, the memo is just a rough outline, calling for increased tax credits for health insurance, expanded health savings accounts, and a quasi-repeal of Obamacare’s Medicaid expansion.

However, one major obstacle stands in the way of more comprehensive reform. CNN explains:

Republicans don’t have the 60 votes in the Senate needed to enact broader changes to the law, including revising Obamacare’s strict insurance rules which are critical to the GOP’s promise to make health insurance more affordable. So they plan to repeal the mandates, penalties and taxes using the budget reconciliation process, which is limited to revenue and spending measures and requires only a simple majority to approve.

Given this situation, it’s more than likely that the GOP will seek to eliminate the individual mandate (which the IRS has de facto already done) while keeping the more popular regulatory aspects of the law ? most notably, coverage for preexisting conditions.

While this may seem like a rosy compromise at first glance, in reality it will only make a bad law even worse. As originally imagined, the individual mandate and coverage for preexisting conditions were meant to work in tandem with Obamacare. In order to bring on more sick people, after all, health insurers also needed more healthy people in their pool to keep costs down.

However, if the mandate is eliminated while coverage for preexisting conditions is maintained, many healthy people will likely drop coverage ? skyrocketing the price of insurance. The Congressional Budget Office estimates this effect could increase premiums by 20 percent relative to current law.

RELATED: Rand Paul: ?I don?t think ?ObamaCare-lite? is what we should do?

Unfortunately, it seems like most GOP leadership is tone-deaf to this potential disaster. In fact, Rep. Greg Walden (R-OR) has introduced a bill aiming to protect preexisting conditions this week with support from many of his GOP colleagues.

While it would be much easier for congressional Republicans to tweak Obamacare through budget reconciliation, this shortcut will only make things worse in the long-term. Congressional Republicans must muster the strength to do a full repeal and replacement via the legislative process. It will take more time, and it will require talking to the other side of the aisle, but it is what is desperately needed to reform health care for the better.