Menu
Follow us
Search
Menu
Search
LAS VEGAS, NV - OCTOBER 02: An ambulance leaves the intersection of Las Vegas Boulevard and Tropicana Ave. after a mass shooting at a country music festival nearby on October 2, 2017 in Las Vegas, Nevada. A gunman has opened fire on a music festival in Las Vegas, leaving at least 20 people dead and more than 100 injured. Police have confirmed that one suspect has been shot. The investigation is ongoing. (Photo by Ethan Miller/Getty Images)

Thanks to an overwhelming response from Las Vegas residents and visitors, blood donation needs following this week’s devastating mass shooting were quickly met, but many people who wished to help victims were still turned away due to a policy that is scientifically outdated, discriminatory and potentially costing lives everyday.

Following the Las Vegas tragedy, former NSYNC member Lance Bass slammed federal guidance prohibiting men who have sex with men (MSM) from donating blood for a full 12 months after their last sexual encounter. It’s actually a 2015 FDA revision of a 1983 ban that placed a lifetime blood donation ban on MSM at the onset of the AIDS epidemic. Even in situations of dire need, the change still prevents many gay and bisexual men across the country from giving blood to people in critical condition.

RELATED: The names of the victims of the massacre in Las Vegas have been revealed

The revised ban also still targets a high-risk group rather than high-risk behavior, a flawed way to calculate a person’s chance of HIV exposure. MSM are at a higher risk of being HIV-positive than others, but the ban fails to take into consideration risk factors, such as frequent, unprotected sex with multiple partners regardless of gender or drug use. Additionally, the restriction was initially introduced when HIV testing was slower and less-refined. However, tests today can detect the virus within days after infection, further reducing the chance of passing the disease along to a recipient.

While the policy revision was certainly a step forward, it didn’t go far enough to eliminate its discriminatory nature. For gay and bisexual men in long-term, committed relationships or those who always practice safe-sex, the 12-month deferment process essentially still functions a life-time ban. Plus, they’re actually even being denied the opportunity to help those in need despite their low-risk lifestyle. In establishing different standards for HIV risks, the ban is based on discriminatory stereotypes and assumptions rather than science and further stigmatizes MSM.

There may not be a constitutional right to donate blood, but adopting different standards for similar risks based on a person’s identity still arguably violates their guarantee of equal protection. Rather than misinforming the public by falsely insinuating gay and bisexual men are at risk of being exposed to HIV when others aren’t, everyone should be held to the same standards, and activities that increase risk should determine whether or not blood donations are accepted.

“The policy stigmatizes gay and bisexual men and simply cannot be justified in light of current scientific research and updated blood screening technology,” David Stacy, Government Affairs Director at the Human Rights Campaign, commented on the inept rule before emphasizing the importance of “working towards an eventual outcome that both minimizes risk to the blood supply and treats gay and bisexual men with the respect they deserve.”

While the 2015 revision opened the door for many more blood donors to give, continuing to forbid some MSM from voluntarily giving their blood to those in need could still be costing lives. In the United States, someone needs blood — which cannot be manufactured and must come only from donors — every two seconds, and one in seven people being admitted into a hospital needs blood upon arrival. But only about 38 percent of America’s population is eligible to donate blood at any time. Of those eligible, only around 10 percent actually do so each year.

Fortunately blood banks filled up quickly following the tragedy in Las Vegas, but it’s still wrong to turn away healthy people volunteering to do what they can to help those in need. The FDA should fully eliminate its policy barring certain MSM from donating blood, as it discriminates against gay and bisexual men, is scientifically baseless and potentially puts the lives of those in need of transfusions at unnecessary risk. 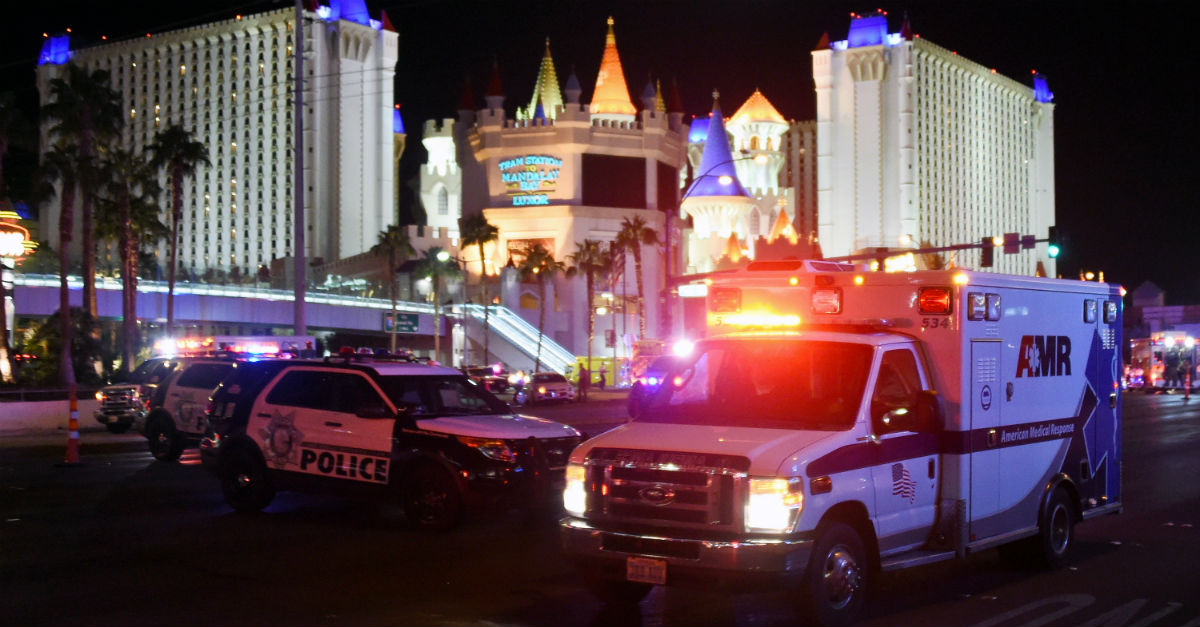