Want to renegotiate NAFTA? Start by making it a true free trade deal 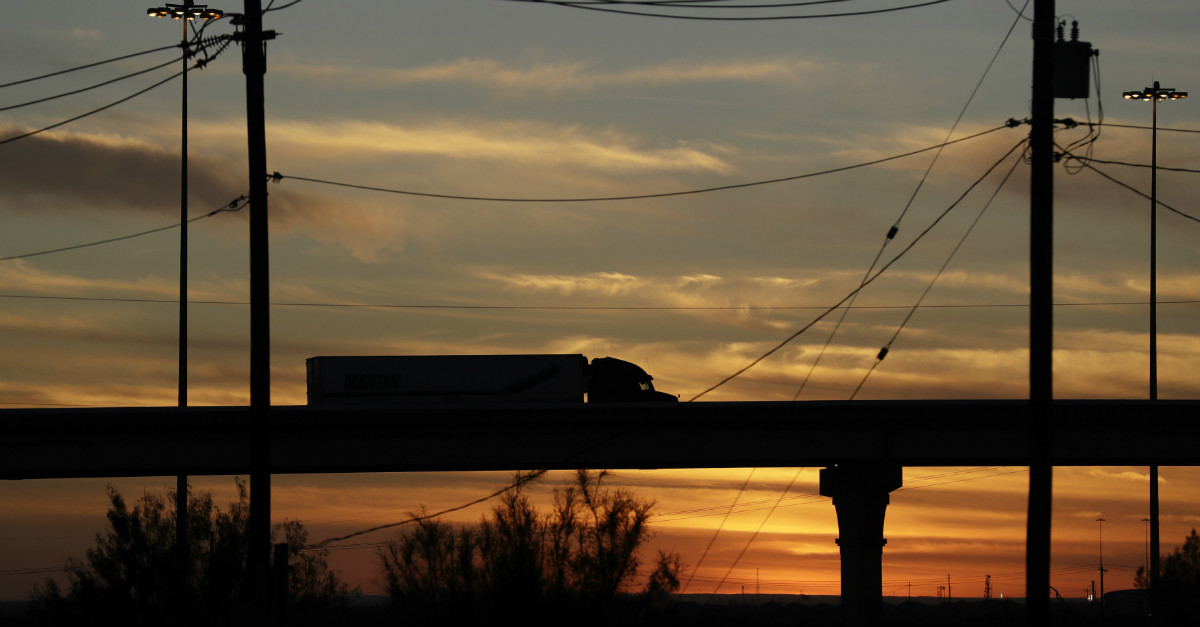 AP Photo/Eric Gay
In this Monday, Nov. 21, 2016 photo, a truck travels on an overpass towards the World Trade Bridge, in Laredo, Texas. Donald Trump’s campaign promise to abandon the North American Free Trade Agreement helped win over Rust Belt voters who felt left behind by globalization. But the idea is unnerving to many people in cities on the U.S.-Mexico border. Communities such as Laredo and El Paso in Texas or Nogales in Arizona have boomed under the 1994 treaty. (AP Photo/Eric Gay)

The United States will not be pulling out of the North American Free Trade Agreement (NAFTA) after all. President Donald Trump made the decision after aides floated an executive order to withdraw from the over-two-decade-old trade treaty. Instead, the Trump administration will seek to renegotiate the agreement.

There’s no question that NAFTA has benefitted the United States more than it has hurt it. The trade deal has been responsible for the creation of 5 million U.S. jobs. It’s lowered prices on everything from oil to produce, and it’s quadrupled foreign investment in America.

RELATED: The GOP?s border tax is a terrible deal for Americans

But there’s also no question there have been downsides. For starters, NAFTA is not really a free trade deal, as economist Murray Rothbard pointed out at the time it was passed:

If the establishment truly wants free trade, all it has to do is to repeal our numerous tariffs, import quotas, anti-?dumping? laws, and other American-imposed restrictions on trade. No foreign policy or foreign maneuvering is needed.

If authentic free trade ever looms on the policy horizon, there?ll be one sure way to tell. The government/media/big-business complex will oppose it tooth and nail. […] The establishment would react to instituting true free trade about as enthusiastically as it would to repealing the income tax.

Much has been written about how industry has moved to Mexico from the United States due to NAFTA, but in reality the treaty has helped subsidize American agriculture to dump their products into Mexico. This has devastated the Mexican farm economy.

And the United States isn’t the only country that’s profited from NAFTA?s agricultural cronyism. Canada has benefitted from protections to its dairy industry, which NAFTA did little to open up and which is one of the most protected in the world.

RELATED: Don?t mourn the TPP: Free trade will be better off without it

Overall, NAFTA has been a big net positive for all three major North American countries, but it’s been especially beneficial for some politically connected industries, which under true free trade wouldn’t be favored the way they are. The deal picks winners and losers in the international marketplace. That isn?t very fair.

If Trump does renegotiate NAFTA, he should try to make it freer and less cronyist. That would be a win for all of North America.