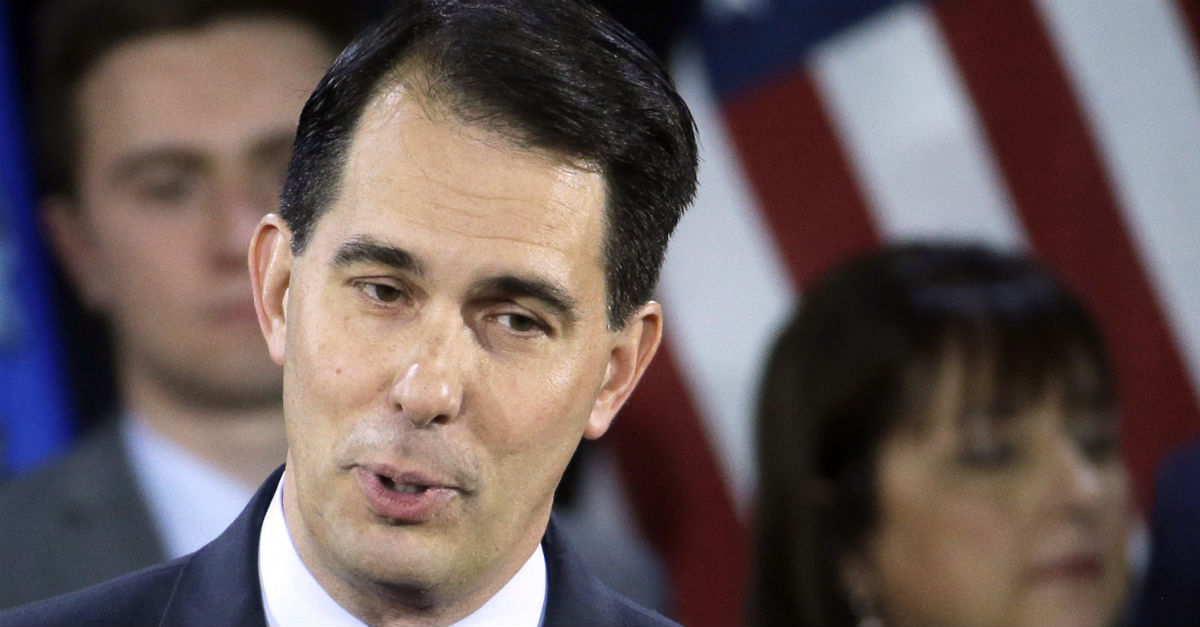 In a telling exchange with ABC News?s Martha Raddatz on Sunday, Wisconsin Governor Scott Walker?considered a dark horse GOP candidate for 2016?revealed that his small government chops are strictly limited to domestic policy.

While Walker has drawn national support from fiscal conservatives thanks to his battles with public-sector unions (and subsequent triumph in a recall election), he?s evidently up for a liberal dose of military intervention in Syria?and everywhere else:

Walker: I think we need to have an aggressive strategy anywhere around the world. I think it’s a mistake to go down a path ?

Walker: I think anywhere and everywhere we need to go beyond just aggressive air strikes. We have to look at other surgical methods. And ultimately, we have to be prepared to put boots on the ground if that’s what it takes because I think ?

Walker: I don’t think that’s an immediate plan, but I think anywhere in the world ?

Raddatz: But you wouldn’t rule that out?

Walker: I wouldn’t rule anything out.

Read the full exchange here. As Noah Rothman notes at Hot Air, ?Not ruling ?anything out? when it comes to combat troops in Iraq and Syria is expressly ruling that option in,? and ?The prospect of sending American troops back to Iraq and into an entirely new theater of operations in Syria?will turn off the GOP?s ascendant libertarian faction.?