In the Georgia 6th, Donald Trump is turning out to be Republicans’ worst nightmare 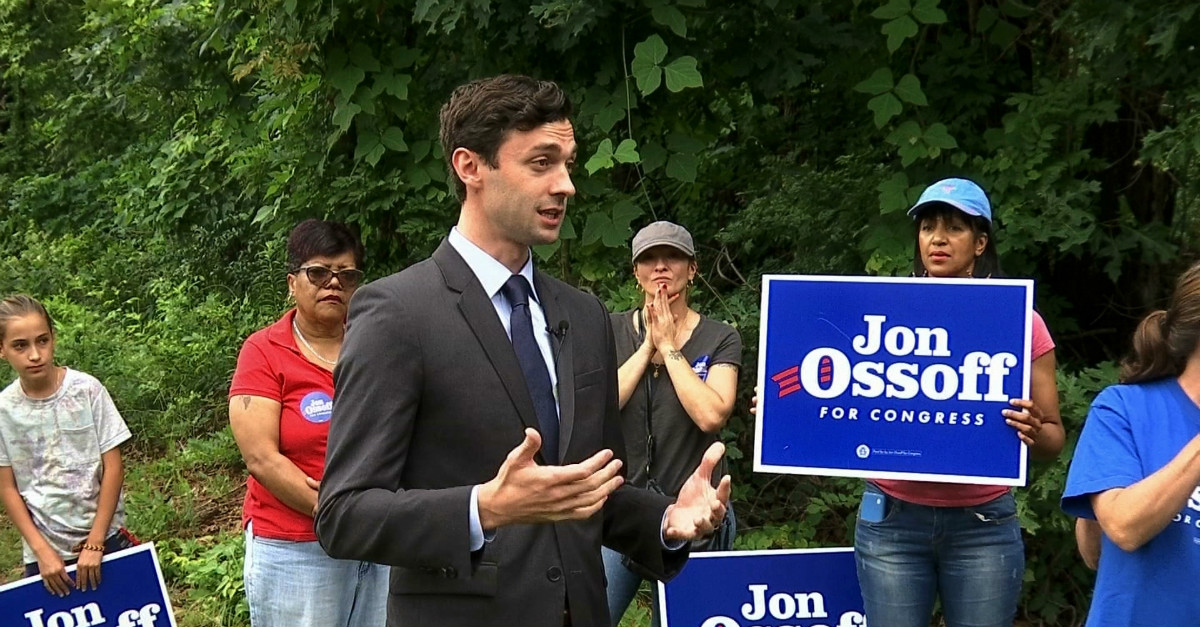 Tuesday’s special election in Georgia should be a blowout for Republicans.

The 6th Congressional District in suburban Atlanta has been very kind to the GOP over the years, with Republican political dominance almost taken for granted. It’s not hard to see why — the GOP has represented it ever since former House speaker Newt Gingrich won his first election there in 1978. At the presidential level, the 6th is a red district composed of red counties in a red state. The margins of victory for the GOP have been enormous: 68 percent of its voters chose George W. Bush in 2000, 70 percent voted to re-elect Bush in 2004, 62 percent voted for McCain in 2008, and Mitt Romney captured over 60 percent of the vote in 2012.

Double-digit wins, in short, were nothing new for Republican in the 6th. And then came Donald Trump.

Trump has turned out to be the Republican Party’s worst nightmare in the Atlanta suburbs, and is the primary reason why Democratic candidate Jon Ossoff — a 30-year old who has never run for office before and would probably be laughed out of Georgia in a normal year — almost did the unthinkable of winning a majority of votes in the first round of the special election back in the spring. He came up short by about two percentage points and was forced into a runoff with Republican Karen Handel, but his performance was so impressive that you could be forgiven for thinking that the Georgia 6th became the New York 10th overnight. All of a sudden, Republicans were looking at the prospect of losing their first election in the district in nearly 40 years.

The Handel-Ossoff race is extremely close. The results on Tuesday are likely to be a squeaker regardless of who comes out on top. Both parties are pouring their hearts, souls and wallets into the contest, hoping a victory will be a bellwether for the 2018 midterm elections. The progressive wing of the Democratic Party would rather have a Bernie Sanders-style liberal espousing the themes of economic populism and political revolution, but they’ve accepted that the pragmatic Ossoff can be used to send Trump supporters nationwide a loud message. It’s not a coincidence or an anomaly that over 97 percent of Ossoff’s campaign contributions — an incredible $23.6 million — are from donors who don’t even live in Georgia. The Democrats want Ossoff to win, and they want him to win badly, even if they have no idea whether he’ll be a decent congressman.

RELATED: Georgia’s bruising and historically expensive special election is a must-win for Democrats

To Republicans, Karen Handel is an old reliable. She’s been in Georgia politics for a long time, and she’s run statewide races before (she lost a 2010 primary for Georgia governor and a 2014 primary for U.S. Senate). Her fundraising has been peanuts compared to Ossoff, but the Republican Congressional Campaign Committee and various GOP-aligned Super PACs have made up the difference by pumping in millions of dollars to blast Ossoff as a liberal who will follow around Nancy Pelosi like a puppy dog. The last thing Speaker Paul Ryan and the Trump administration want to see on Tuesday is a public humiliation, a rookie Democrat taking a longtime Republican congressional seat away from them.

Both parties are leaving it all out on the field. It’s been a long contest, and voters of the Georgia 6th are surely sick of all the door-knocks, rallies, and negative TV ads. We’ll see whether Ossoff-Handel turns out to be a prelude to 2018 or just a hyped-up and very expensive race of little significance.