No, the GOP is not becoming the party of Putin 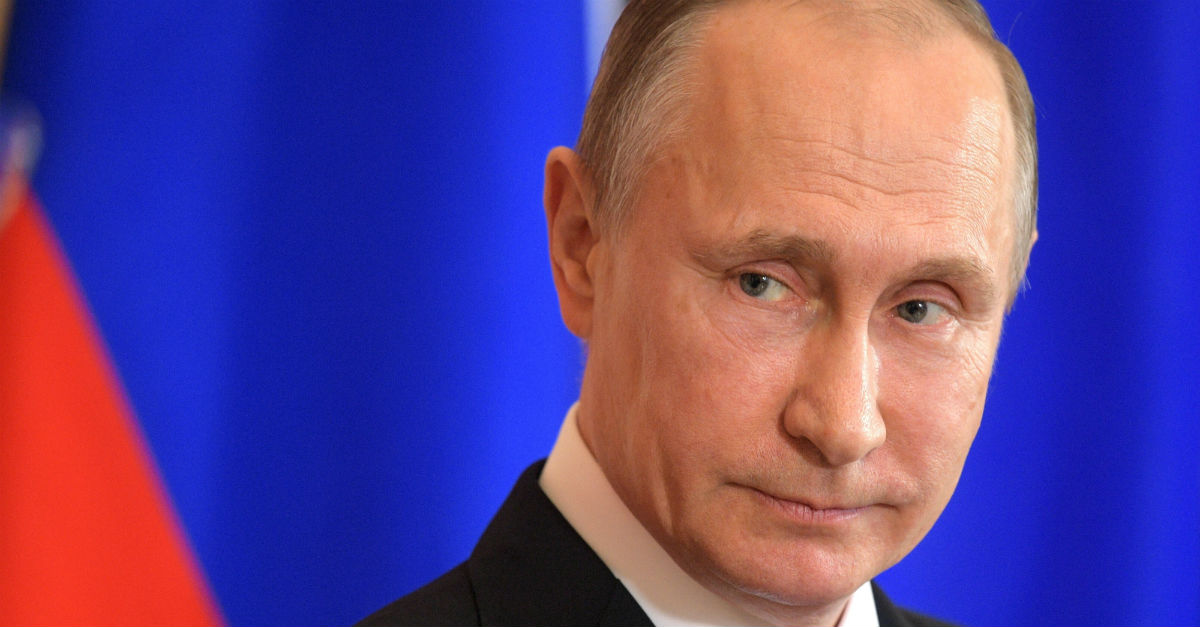 It’s difficult to sum up everything that’s wrong with the Trump-era media in a single picture, but I think I’ve gone and done it. Behold, “The School of Athens” of the Fourth Estate, featuring Nicolle Wallace and Juan Zarate:

That screen capture has it all: a former Bush official who’s somehow parlayed her service into a cable news gig, the conflation of preference for improved Russian-American relations with pro-Putin advocacy, the self-unaware live-shot from Aspen, those countenances, Lord, those countenances. I think it’s like “The Picture of Dorian Gray,” only instead of withering their faces grow smugger over time.

Whatever the case, MSNBC has actually placed its finger on Washington’s Richter Scale-registering pulse here. All of DC is abuzz with the question: Are Republicans transforming into a bunch of Putinists? James Kirchick, whose reaction to nuance is roughly akin to a vampire in an Italian kitchen, recently wrote a piece for Politico explaining “How the GOP became the party of Putin.” Evan McMullin, meanwhile, warned last month that “Republicans are risking becoming the party of Putin.”

This being the Trump-era Republican Party, I’m required to dump out a wheelbarrow’s worth of caveats before I can mount anything resembling a defense. Yes, Donald Trump Jr.’s sit-down with a “Russian government attorney” who’d promised him dirt on Hillary Clinton was boneheaded and wrong. Yes, Vladimir Putin’s approval rating among Republicans has “surged” all the way to up to a decisive…32 percent. That’s according to Gallup. And yes, plenty of Republicans have been too dismissive of the Putin regime’s hack into the DNC’s servers, the most consequential failure to install virus protection since the alien mothership in “Independence Day.”

But that does not add up to a merger with the United Russia party. Vladimir Putin’s worldview, more than anything, is predicated on fear of the vacuum that opens when there’s a lack of institutional power. This dates back to his time as a KGB officer in East Germany during the fall of the Soviet Union when a mob assembled outside the compound he was stationed at and, radioing for help, he was told only: “Moscow is silent.” That absence of government authority, coupled with the vodka-bottles-and-banana-peels years under Yeltsin, made him resolve that the state would never again be enfeebled. “Like other members of his generation,” writes Masha Gessen in her book “The Man Without a Face,” “Putin replaced belief in communism, which no longer seemed plausible or even possible, with faith in institutions,” and especially in his native intelligence services.

Putin’s Moscow isn’t a funhouse mirror image of Donald Trump’s GOP; it’s an accelerant-pumped version of Evan McMullin’s ideal state, where the beneficence of spy agencies goes unquestioned and the deep state and the state are one. I understand that in today’s lost-boys conservative movement the Gadsden Flag has been replaced as the official symbol by the picture of Milo in a vat of pig’s blood, but come on. The press can’t seriously think the conservative movement completely crossed the spectrum from small-government tea partyism to starch-shirted bureaucratic authoritarianism in six years, can they? Quite the opposite actually: the right’s trust in American institutions is at an all-time low, from Congress to the intelligence agencies to the media.

RELATED: Another day, another escalation between the United States and Russia

Such a crisis of confidence is the worst nightmare of Vladimir Putin who doesn’t believe that any private-sector breathing room can exist without a lynch mob promptly breaking out. He might egg on those who question American institutions, since he views that as a dilution of Western strength. But the question before this house is whether the increasingly atomized, deep state-questioning, bureaucracy-allergic GOP is becoming “the party of Putin,” and the motion should be dismissed as ludicrous on its face. Indeed, whatever other pathologies have befallen Republicans, their skepticism of unelected government is a necessity for liberal democracy and the best antidote to Putinism.

Meantime, Donald Trump is proving to be the worst Manchurian candidate since that 2004 Jonathan Demme remake. He’s deployed American troops to Eastern Europe, accused Moscow of taking Crimea from Ukraine, refused to relinquish Russian compounds seized by the Obama administration, and risked a greater war in Syria by attacking Putin’s Assadist and Iranian proxies. Back now to that aforementioned photo, which could only encapsulate the media better if Thomas Friedman was drunk-driving a cab through its background. The GOP is only “evolving into the party of Putin” if by being not at all like Putin it’s become more like Putin?which is to say: no.