Republicans should think carefully before they defend Comey’s firing 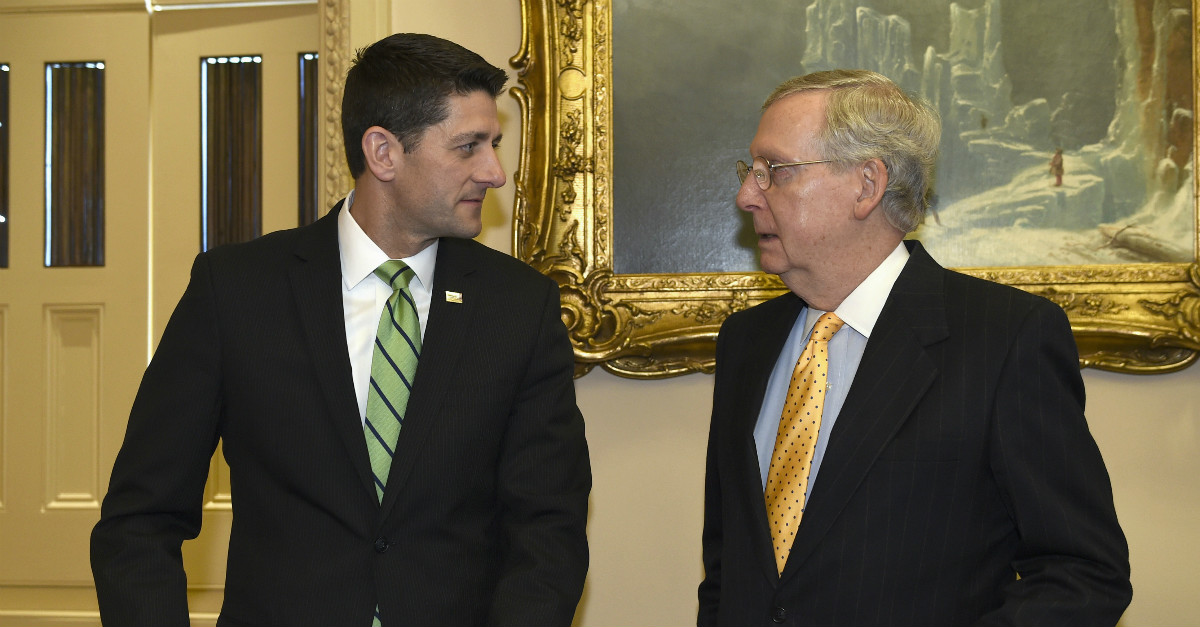 In a piece I wrote on Wednesday, I called for a special prosecutor to investigate allegations that the Trump campaign had colluded with the Russians, if only because the sacking of James Comey had tainted the FBI’s probe into the same issue. I was wrong about that, and over at the Daily Wire, Josh Hammer explains why.

Independent counsels are unconstitutional, as was laid out by the late Antonin Scalia in his lonely dissent from the 1988 ruling Morrison v. Olson. Because the counsel truly is independent, he constitutes an illegal fourth branch of government, one that abrogates the Constitution’s vestment of law enforcement powers in the executive branch. “While the separation of powers may prevent us from righting every wrong, it does so in order to ensure that we do not lose liberty,” Scalia wrote. He’s right. Upholding our founding charter is far more urgent than scrutinizing thus-far vaporous links between Trump and the Kremlin.

So there shouldn’t be an independent counsel. But that only makes all the more important Congress’s obligation to check the power of the president. It is the legislative branch that must assume primacy here, and investigate both the Russia connections and Comey’s firing. That will prove highly annoying?the usual committee partisans will squawk and injury bills will need to be footed for those trampled by Adam Schiff as he stampedes for the cameras?but it is the only way.

The question is, given that Republicans control Congress, will legislators assign this matter the gravity it deserves?

Some already have. Among the Republicans who have expressed disquiet over the Comey fiasco are the unlikely duo of John McCain and Justin Amash, along with Jeff Flake, Ben Sasse, and Richard Burr. That’s a pretty even spread of tea partiers and establishmentarians, which should show that presidential accountability cuts across ideological fault lines. Not among those expressing alarm are Senate Majority Leader Mitch McConnell and House Speaker Paul Ryan. Their placidity signals that, barring some implausible scheme under which Republican dissenters cross the aisle and join with Democrats to defund the White House until it answers questions, Congress will let this scandal fade into the ether.

Republicans have different reasons for giving Trump a pass. Some are playing the usual game of political capture the flag whose rules forbid red-team-on-red-team violence. Some have genuine distaste for Comey and aren’t at all sad to see him go. Some?I sympathize most with these?grasp the seriousness of Comey’s firing but consider it more important that conservative priorities like tax reform and Obamacare repeal pass through this rare pan-Republican government. They want to keep Trump in their corner so he’ll back their priorities later on.

I’m all for putting substance over salience. I also take a dim view of the Russian collusion allegations, the evidence for which so far consists of an absurd “Eyes Wide Shut” dossier and Louise Mensch riding a Russophobic unicorn moistened by liberal tears. But Trump’s firing of Comey blasted this scandal into another dimension. This goes well beyond the president’s right to select his own staff. An FBI director has been canned by a White House he was actively investigating. His firing came shortly after the Bureau requested more resources for that investigation. It was followed by a sinister admission from the deputy press secretary that the White House wanted to bring the probe “to its conclusion with integrity.” Throw in a president who persists in behaving like Mugsy from “Looney Tunes”…

…and the comparisons to Nixon author themselves. (Don’t you love how Trump puts quote marks around “tapes” like a grandmother writing a birthday card?) The coverup is more concerning than the alleged crime here. It’s now incumbent on Congress to play its reluctant role.

I don’t want to see Republicans squander what might be their best chance in a generation to advance conservatism. But a big part of the conservative understanding is that federal power must be checked and balanced so it doesn’t become abusive, and that means keeping restraints on any president, especially one who acts like an imperious goon. That we would all be submitting impeachment articles had President Hillary Clinton done this is so obvious I hesitate to waste my word count on it. The same standard should?must?be applied to Donald Trump, even if it means tax reform becomes that much more arduous.