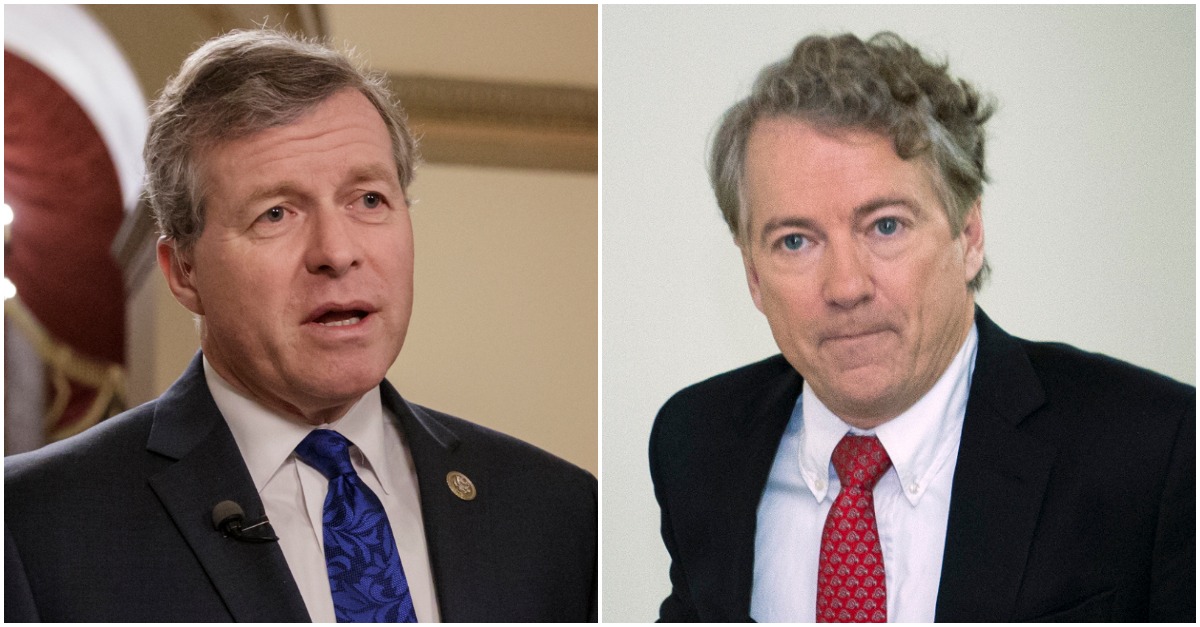 Rep. Charlie Dent (R-Pa.) said in a Friday conversation with Politico that “it[‘s] easy to understand why it’s difficult to be Rand Paul’s next door neighbor,” after Paul single-handedly delayed a senate vote on a spending bill and shut the government down for a few hours.

Dent added “the whole delay and filibuster exercise on the budget agreement is utterly pointless.”

Tonight, you could feel the frustration and embarrassment growing in Congress as we exposed the hypocrisy of Republicans who are joining in an unholy alliance and spending free-for-all with Democrats at the expense of the American people and our party’s supposed principles.

Rand Paul spent a part of Friday evening on the floor criticizing the spending deal, which adds $300 billion in additional funds. He told the chamber, “I want people to feel uncomfortable. I want them to have to answer people at home who said, ?How come you were against President Obama?s deficits and then how come you?re for Republican deficits??? As his fellow senators tried to move into a vote, Paul shot back, “I think the country’s worth a debate until 3 in the morning, frankly.”

Other Republicans echoed Dent’s sentiment, though no other criticisms were quite as sharp. Sen. John Cornyn (R-Texas) remarked “I think people understand this is the act of a single senator who is just trying to make a point but doesn’t really care too much about who he inconveniences.” An unnamed GOP aide said “This is the stupidest thing to happen to Congress in three weeks. … This is even more stupid than the name of the new Kardashian baby. This is dumber than a screen door on a submarine. This is even stupider than the kid who didn?t recognize Justin Timberlake at the Super Bowl.”

Paul was attacked on November 3 by neighbor Rene Boucher, who faces a 21-month prison sentence. Boucher claims that the attack was not politically motivated and that he was frustrated that Paul continued to sweep his leaves into Boucher’s yard. The Kentucky senator was severely injured in the assault, which left him with six broken ribs and caused him to take a few weeks off from politicking on the Hill.

RELATED: Rand Paul?s mini-filibuster annoyed his fellow Republicans, but they all deserved it

Paul told the Washington Examiner that from his perspective, the notion of the attack being politically motivated is superfluous, saying “I?m not really too concerned about what someone?s motive is. I?m just concerned that I was attacked from the back and somebody broke six of my ribs and gave me a damaged lung where at least for now I have trouble speaking and breathing and now I?ve hurt for 10 days.”