Menu
Follow us
Search
Menu
Search
A woman points a handgun with a laser sight on a wall display of other guns during the National Rifle Association convention Friday, April 13, 2007, in St. Louis. The 136th annual meeting of the NRA runs through Sunday and is expected to draw 60,000 visitors. (AP Photo/Jeff Roberson)

A string of awful mass shootings in the last few months — Las Vegas, the church in Texas, and now the Florida high school — has gun policy once again at the center of our national conversation. The National Rifle Association (NRA), predictably, has become the locus of many gun critics’ anger.

Some of those critics live in Dallas, where the NRA is due to hold its annual national convention in May. This week, Dallas Mayor Pro Tem Dwaine Caraway urged the NRA to move the event.

Caraway describes himself as a “believer in the Second Amendment,” and his rationale is pretty practical: Even in Texas, the present political climate means the NRA will be met with protest and unrest. And, he added, Dallas “will be the ones who have to bear the costs, the responsibility, and to protect the citizens,” while the NRA leaves town as soon as its meeting is done.

The NRA’s reply to Caraway — “no politician anywhere can tell the NRA not to come to their city” — made clear it has no intention of complying with his request. That’s not surprising, because six years ago, the city government of Dallas gave the NRA a $410,000 subsidy to come to town.

City Hall said Monday that the NRA’s taking most of the convention center that first weekend in May — pretty much everything except the old Memorial Auditorium, Ballroom A and some meeting rooms. The rent would normally come to $410,618.

But according to numbers provided Monday, the city is giving the NRA a $22,840 discount. VisitDallas, the city’s tourism bureau, will pick up the rest of the tab, worth upward of $387,000.

The city’s rationale is that the 75,000 or so conference attendees will spend an estimated $42 million while they’re in Dallas, so $410,000 is chump change to secure the NRA’s presence. “Personally [the NRA convention] is not at the top of my list,” said Dallas Mayor Mike Rawlings of the deal in 2016. “But I am separating how I feel with what makes good business sense.”

Whether it’s good business sense or not, it’s bad governance.

The NRA is a large, well-funded organization. It can pick up its own convention center tab. It is not appropriate for city government to subsidize private organizations, and especially not one with annual revenue in the hundreds of millions of dollars and a controversial political message many taxpayers may not wish to support.

This isn’t difficult to understand. The NRA should not be subsidized, and neither should pro-gun control groups, like Everytown for Gun Safety. The same can be said of political organizations on either side of any controversial issue.

Even if the argument from principle doesn’t persuade, the practical problems with this arrangement should do the trick: When this convention happens in May, Dallasites will have to deal with (and pay for) security and clean-up for demonstrations that are happening because their city government used tax dollars to lure the NRA to Dallas.

This situation reminds me of subsidies for pro sports stadium construction, which I’ve covered before at Rare. When pro athletes like Colin Kaepernick began protesting police brutality and systemic racism on the field, their critics called for the sports subsidies to end because they didn’t want to pay for Kaepernick’s demonstration.

But the subsidies never should have happened in the first place. The NFL is enormously profitable. It should build its own stadiums with its own money. 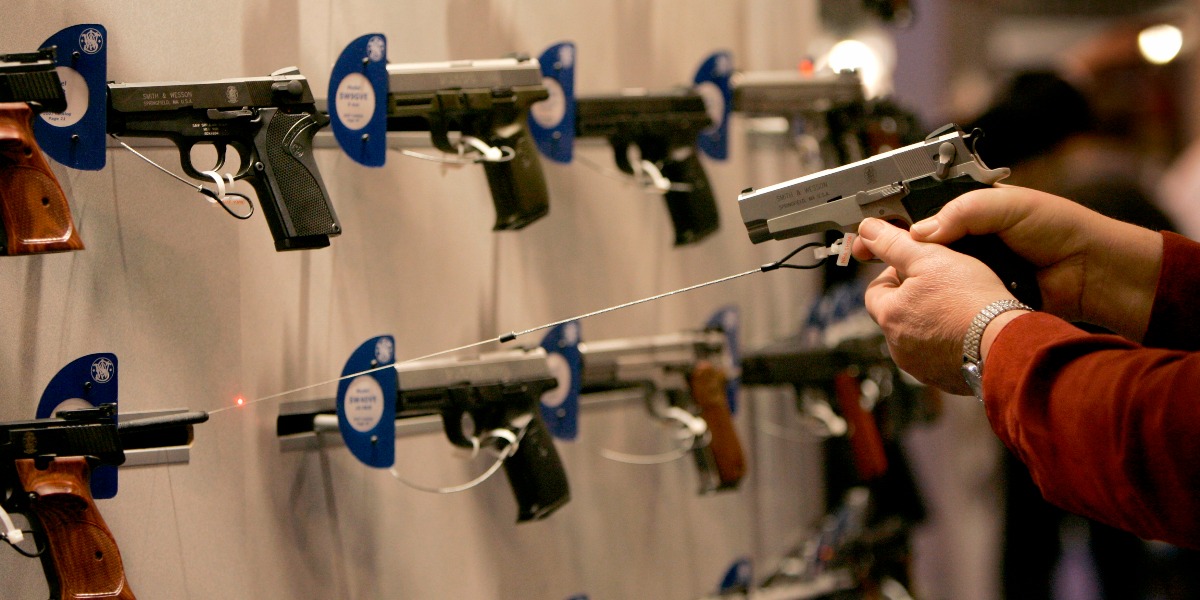