Tuesday night, MSNBC’s Rachel Maddow claimed to have an incredible scoop: President Trump’s tax returns. Like a child on an August afternoon, I followed the story on Twitter like it was an ice cream truck, only to watch Maddow’s “scoop” melt away before my very eyes.

Rather than dragging Trump into the light and exposing him as a urophilic, oligarchic, Russian stooge, Maddow showed us — with more pomp (and possibly more viewers) than the inauguration — that Trump made a lot of money and paid a lot of taxes: $153 million and $38 million, respectively, at a rate of about 25 percent.

In addition to reigniting debate on the issue of the president’s tax returns, Maddow’s not-so-big reveal also served to remind us of one of the stupidest tactics of the Hillary Clinton campaign: saying Trump’s tax avoidance made him unpatriotic.

When the New York Times released Trump’s 1995 tax returns in October, the documents showed a loss substantial enough to allow him to avoid paying federal taxes for up to 18 years. The 2005 tax returns Maddow obtained show that Trump apparently chose not to do so, but at the time the Democrats pounced.

Throughout the VP debate Senator Tim Kaine repeatedly hammered then-governor Mike Pence on the issue until a visibly confused Pence finally asked, “Do you not take deductions?”

During one of the presidential debates, Hillary Clinton again tried to shame Trump for tax dodging, only for him to respond with one of his best one-liners of the election: “That makes me smart.”

As I watched these two exchanges unfold, I found myself staring open-mouthed at my TV, wondering how the Clinton campaign could be so out of touch. Obviously their intention was to paint Trump as a greedy robber baron, making his fortune off the backs of the little guy and then exploiting tax loopholes to avoid sharing his ill-gotten gains with the peasants.

Unfortunately, Hillary underestimated the brash, aspirational appeal of the Trump brand. Trump’s supporters didn’t want Trump to be like them and pay taxes; they wanted to be like him and not pay them. It was the perfect example of Trump’s oft-repeated credo that the system is corrupt, and, as a master exploiter of that system, only he could defeat it.

After the aforementioned debate, Trump’s campaign released a statement calling Trump “a highly-skilled businessman who has a fiduciary responsibility to his business, his family and his employees to pay no more tax than legally required.”

How could the Clinton-Kaine camp be so deaf to the chord that statement would strike with the American public?

It’s easy to curse billionaires for dodging taxes, but who among us wouldn’t do it if he could?

It’s easy to lecture people on the vital government services that our taxes fund, but when money is tight, most people will swear allegiance to that which is nearest their thoughts.

Who would condemn a middle-class father for taking advantage of a sketchy tax loophole so he could afford to take his daughter out of a failing school? Or a small business owner for over-depreciating his assets rather than laying off an employee?

There’s a reason the IRS doesn’t accept donations. As Rand Paul recently pointed out, nobody likes paying taxes or voluntarily pays any more than they have to.

Voters looking at Trump’s 1995 returns didn’t see a greedy one-percenter exploiting the working class. They saw a latter-day Robin Hood. Not the socialist version of the folk hero who steals from the rich and gives to the poor, but the more accurate characterization of the green-clad outlaw as a clever rogue who thinks that each man’s money is better spent on his own family and business rather than another of the foolish king’s boondoggles. 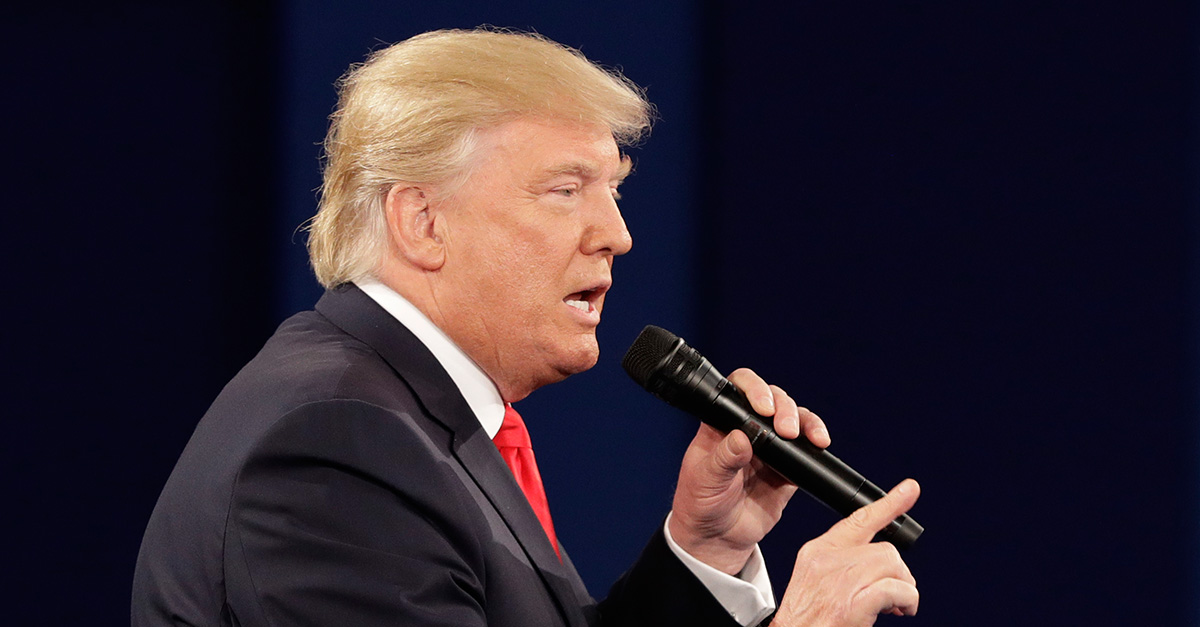