It turns out Trump was serious about draining the swamp at the State Department, and that’s a good thing 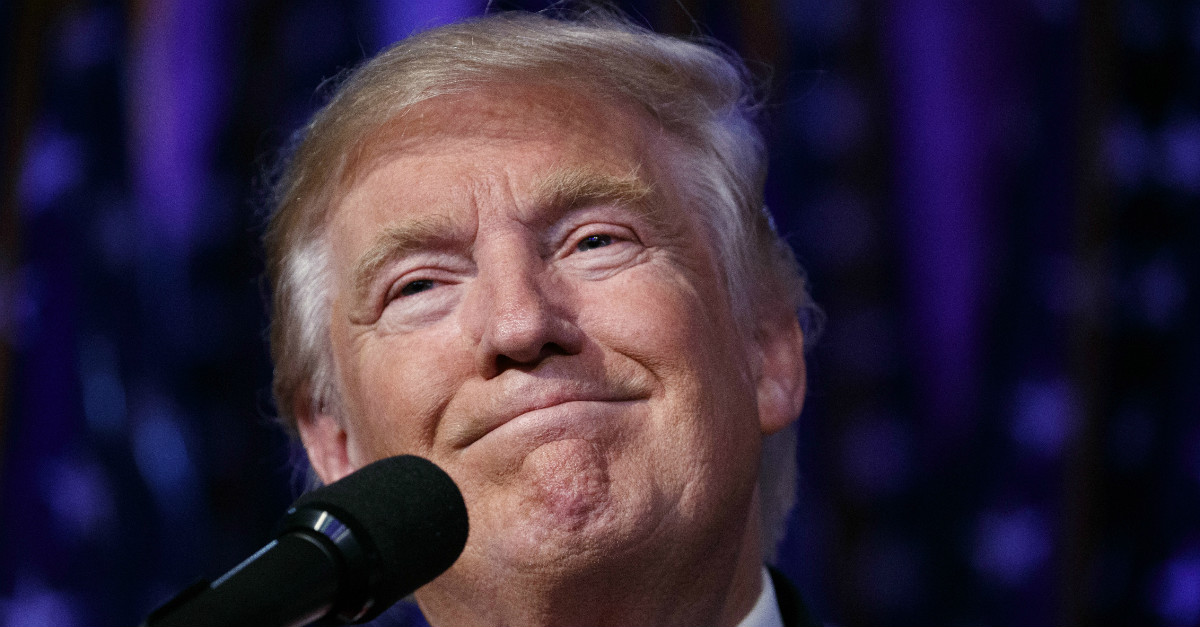 AP Photo/ Evan Vucci
U.S. President-elect Donald Trump smiles as he arrives to speak at an election night rally, early Wednesday, Nov. 9, 2016, in New York. Trump's election has small business advocates expecting changes in government policy on issues like health care and the environment. But they’re concerned that gridlock will continue in Washington even though there will be a Republican president and a Congress that looks to be GOP-dominated. (AP Photo/ Evan Vucci)

Donald Trump is systematically dismantling the post-World War II consensus that has dominated American politics for over 70 years. The latest institution to get a visit from the Trump wrecking ball is the State Department.

The Undersecretary for Management, Patrick Kennedy, and three other long-time career State Department officials “resigned” on Wednesday afternoon. But it’s more likely that Kennedy and the rest of the officials resigned because they were going to be fired once Secretary of State nominee Rex Tillerson was confirmed next week by the Senate. Tillerson was at the State Department on Wednesday having meetings and getting to know his future place of employment, according to the Washington Post.

The Post’s Josh Rogin argues that these departures will harm the State Department and the country.

Several senior foreign service officers in the State Department’s regional bureaus have also left their posts or resigned since the election. But the emptying of leadership in the management bureaus is more disruptive because those offices need to be led by people who know the department and have experience running its complicated bureaucracies. There’s no easy way to replace that via the private sector, said Wade.

Actually, this is “institutional memory” that needs to be forgotten. Kennedy had a long, scandal-ridden tenure at the State Department. Among the failures Kennedy had a role in masterminding was the decision not to upgrade security at the U.S. Embassy in Nairobi, Kenya, in 1998 and the U.S. mission in Benghazi, Libya, in 2012. Kennedy made the decision not to upgrade security when requested in both instances. Both failures lead to terrorist attacks that resulted in dead Americans, and Kennedy was exonerated of all responsibility because “he didn’t know enough about security” in both incidents.

Not only was Kennedy partially responsible for the deaths of Americans, he played a role in helping to cover up Hillary Clinton’s email scandals. The FBI alleges that Kennedy tried to convince the FBI to change the classification of an email found on Clinton’s private email server from “classified” to “not classified.” In exchange for changing the classification, Kennedy offered the FBI the chance to place more agents overseas.

Let’s also not forget a letter 51 State Department officials circulated in June of last year calling for airstrikes against the Syrian government. Many career State Department officials share the globalist mindset United States should be the policeman of the world and try to micromanage the lives of 7 billion people. This is a mindset that needs to be fumigated from the government.

The departure of Patrick Kennedy and other career State Department officials is much needed and long overdue. Hopefully more such overhauls will follow.