It’s the deep state versus the Trump state, with dire implications for our self-government 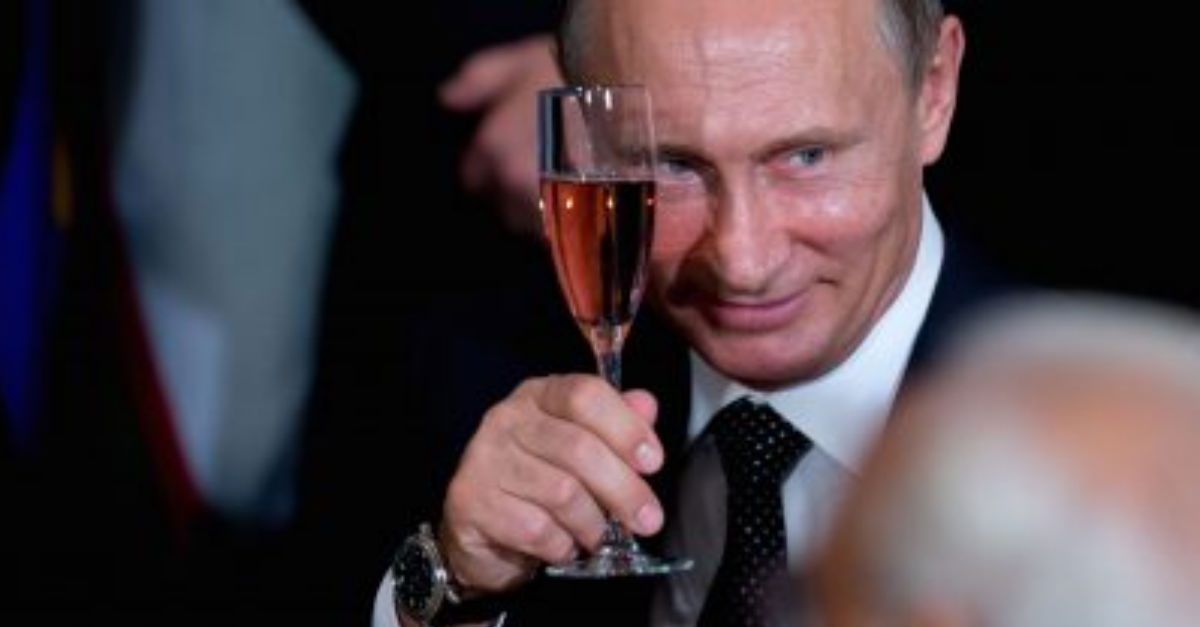 There have been plenty of mornings during my career as a journalist when I’ve rolled out of bed, brewed some coffee, booted up my laptop, and realized I didn’t have the foggiest idea what to write about. That hasn’t been a problem during Donald Trump’s presidency. The past month has been like one of those scrambler rides at an amusement park, in that you whirl so quickly past impactful news that if you flinch you’ll miss it, yet you always seem to end up cycling back through the same scenery, Mar-a-Lago and Moscow mostly.

So out with another round of leaks and innuendos and accusations of sedition. The latest today is that faceless Trump campaign officials stand accused by faceless government officials of having multiple encounters with faceless Russian intelligence officials. Meanwhile, questions still swirl about the conversation Michael Flynn had with the Russian ambassador about sanctions. No one has had the time or the substantiation to process all of this, so in lieu of a proper analysis, here are a few observations.

The public deserves an accounting of Donald Trump’s ties to Russia. Yes, our elites are spasming with Russophobia, preferring to scapegoat Vladimir Putin for Trump’s presidency rather than acknowledge the failure of their own policies, and yes, most of the accusations made against Trump on this have been unsourced. But they’re still out there. This matters now.

Allegations that Trump’s campaign was in repeated contact with Russian intel may not be much of anything. We already know Trump’s companies did a disproportionate share of their foreign business with Russia, meaning they knew people, and some of those people may have been working for Putin’s security services, as it often the case. It’s also possible this is something more malevolent, that Trump toadies inappropriately collaborated with the Russians to help take down Hillary Clinton. Whatever happened, it’s the public’s business and needs to be revealed.

Trump reportedly knew that Flynn lied long before he fired him. Sally Yates, former acting attorney general until Trump sacked her for insubordination, warned Trump that Flynn had lied about discussing sanctions with the Russian ambassador in late January. Yet Trump didn’t act, at least not to our knowledge, and Mike Pence was later allowed to unwittingly advance falsehoods about him on national television. Why didn’t Trump listen to Yates? Was it petulant partisanship — she was an Obama leftover and so he didn’t trust her? Or was Trump in on Flynn’s phone call all along?

The deep state has officially declared war on Trump’s presidency. That’s the only way to explain the latest revelations, both of which involve classified information, both of which intelligence officials were willing to commit felonies in order to dispense. Our deep state presently has more leaks than the Lusitania. Had the information been disseminated in the public interest by Edward Snowden, the security state’s defenders would be clamoring for scalps. This time, though, it’s OK, since it’s Trump’s scalp we’re after, whether because he’s considered a security risk or because he’s attacked the CIA or both. Over to you, guy who’s always blathering on about spreading democracy:

Obviously strongly prefer normal democratic and constitutional politics. But if it comes to it, prefer the deep state to the Trump state.

Except that the people have no mechanism of removing the deep state whereas they are able to hold the Trump state accountable. And that’s what’s so chilling about all of this. The unelected wing of the executive branch is trying to destroy the elected and constitutionally provided wing:

Now we go nuclear. IC war going to new levels. Just got an EM fm senior IC friend, it began: "He will die in jail."https://t.co/e6FxCclVqT

Set aside whatever enmity you have for the president, smother your concerns over how cozy Trump is with Russia, and consider what a mockery of American self-government that is. There are bigger things at stake here than the present occupant of the White House, and we shouldn’t become so mired in the moment that we forget the implications this could have for our social contract.

Who stands to benefit from all this? Only Russia. Vladimir Putin’s goal isn’t to puppeteer the American presidency out of the Kremlin, something he knows he could never pull off; it’s to make Western peoples lose faith in their liberal systems. With war breaking out in the executive branch and the president under suspicion of being influenced by a foreign capital, it’s vodka bottoms-up in Moscow today.