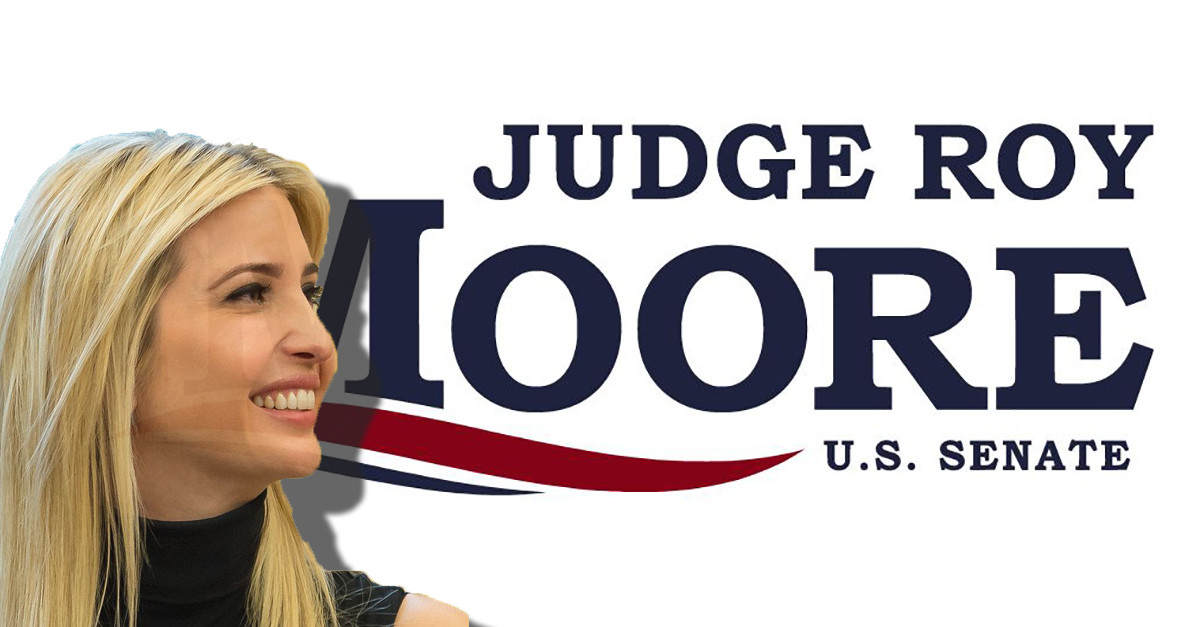 On Wednesday, Ivanka Trump opened up about her life inside the swamp and the upcoming tax bill, but when asked about Alabama Senate candidate Roy Moore, the first daughter definitely didn’t pull her punches.

We are everything the Washington Elite hate.

They will do whatever it takes to stop us.

We will not quit. #ALSen

Trump was in meetings trying to work on the child tax credit that she’s passionate about when the scandal about Roy Moore broke and quickly consumed the Washington media. When reporters shouted questions at her, she rushed through the hallway, at one point saying “guys, I’ve been here all day.” But in her Associated Press interview, Ivanka was uncommonly blunt, saying “there’s a special place in Hell for people who prey on children. I’ve yet to see a valid explanation and I have no reason to doubt the victims’ accounts.” She stopped short of calling for Moore to drop out of the race.

RARE OPINION: Hollywood is denouncing Kevin Spacey, so why are Roy Moore’s defenders sticking with him?

Moore, who is running for the seat left empty by Jeff Sessions, was the easy favorite in the December 12th election against Democrat Doug Jones — then The Washington Post published a story detailing allegations that Roy Moore had encounters with a 14-year-old girl when he was 32 years old. The outlet claimed that their piece was based on interviews with over 30 people who knew Moore during the time that he was an assistant district attorney in Alabama. That bombshell was followed by an article from The New Yorker that claimed the senate hopeful was banned from a local mall because he was known to hang around and pick up teenagers. One accuser even showed her high school yearbook signed by the candidate.

The Republicans and Democrats who did everything they could to stop Donald Trump and elect Hillary Clinton are the very same people who are now trying to take us down with lies and smears. #ALSEN

The allegations against Moore have been pretty damning for his reputation on Capitol Hill, the following Republicans have parted ways with Moore:

Senators Ted Cruz and John Cornyn were both on-board for Moore, but they bailed on Monday, calling for Moore to resign. In a Tuesday testimony before congress, Attorney General Jeff Sessions said he has no reason to doubt the women’s claims. In addition, the National Republican Senatorial Committee — which supports republican senate candidates has pulled their support for the Alabaman and on Wednesday they published their official poll. It showed Roy Moore trailing the Democrat by 12 points.