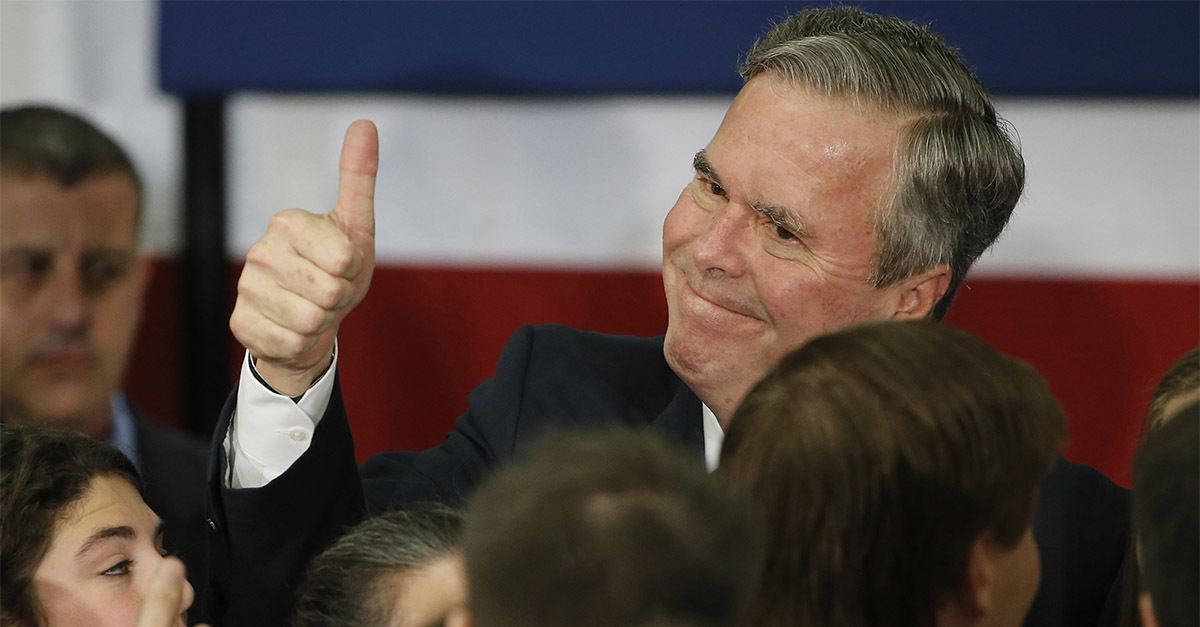 Former governor of Florida and Republican presidential candidate Jeb Bush weighed in on the current administration in an interview with radio host John Catsimatidis.

Bush was critical of the current political climate, particularly around the Obamacare repeal debate.

“We haven’t come up with a compelling, unifying agenda that can replace that,” he told Catsimatidis.

“And that’s where you see the struggles in Washington right now. The healthcare debacle is a good example of that.”

Bush then turned him comments to President Trump.

“Presidential leadership would be helpful here. There’s a lot that could be done that I think has broad-based support,” he said. “If he could focus on these positive things, our brand then could be solidified, I think.”

Additionally, he was critical of the entire Republican party right now.

“Being against what the other guys are for is not a sustainable political position,” he said. “It can work in the short term, as we’ve seen, but in the long term, people want to see results.”

Jeb Bush, the son of former President George H.W. Bush and brother of George W. Bush, ran for president in 2016. While he was an early establishment favorite, his campaign never caught steam and he suspended his campaign in February of 2016.