This confirmation, though perhaps inevitable, is deeply troubling, because Sessions is a terrible choice for attorney general, solidly in the running to claim the disreputable title of Trump’s worst and most anti-liberty major nominee to date.

RELATED: Jeff Sessions is a terrible choice for Attorney General

I won’t here rehash Sessions’ many political shortcomings, which Rare Politics Editor Jack Hunter has ably detailed already. What is most worrisome to me at this juncture is Sessions’ longstanding support of civil asset forfeiture, the unconstitutional process by which law enforcement can confiscate your money and stuff without arresting or charging you with any crime. Sessions thinks that’s totally A-OK:

In an April 2015 Senate Judiciary Committee hearing, Sessions was one of the senators who spoke out against any type of forfeiture reform that increased the burden of proof on the government before they seized property. Sessions called it “unthinkable that we would make [the standard of proof] harder” and said that “[asset forfeiture] is perfectly appropriate as you try to deter illegal behavior.”

Sessions even dismissed the idea that innocent Americans were being victimized by civil asset forfeiture, describing most people who have had their property seized by police as having “done nothing in their lives but sell dope.”

As story after story after story has revealed, that claim is flat wrong, and Sessions was either lying or inexcusably misinformed for a man in his position. Civil asset forfeiture is policing for profit, plain and simple, and it absolutely hurts innocent people. Even cops and Christian charities have been targeted by the government this way.

Sessions’ position here is a real problem because, as Jacob Sullum documents over at Reason this morning, President Trump clearly has no idea what civil asset forfeiture is, and his opinion on the subject is eminently malleable.

Seriously, look at this excerpt from the official White House transcript of Trump apparently learning about civil asset forfeiture for the very first time and taking as gospel truth his conversation partners’ assurance that it’s a great thing which only affects bad people:

President Trump: So you’re saying—OK, so you’re saying the asset taking you used to do, and it had an impact, right? And you’re not allowed to do it now?

Sheriff John Aubrey: No, they have curtailed it a little bit. And I’m sure the folks are—

Trump: And that’s for legal reasons? Or just political reasons?

Aubrey: They make it political, and they make it—they make up stories. All you’ve got to do—

Acting Attorney General Dana Boente: I am aware of that, Mr. President. And we have gotten a great deal of criticism for the asset forfeiture, which, as the sheriff said, frequently was taking narcotics proceeds and other proceeds of crime. But there has been a lot of pressure on the department to curtail some of that.

Trump: So what do you do? So in other words, they have a huge stash of drugs. So in the old days, you take it. Now we’re criticized if we take it. So who gets it? What happens to it? Tell them to keep it?

Boente: Well, we have what is called equitable sharing, where we usually share it with the local police departments for whatever portion that they worked on the case. And it was a very successful program, very popular with the law enforcement community.

Trump: And now what happens?

Boente: Well, now we’ve just been given—there’s been a lot of pressure not to forfeit, in some cases.

The italics are Sullum’s addition, and he hits all the right points. Trump in this exchange has been taught that civil asset forfeiture is when nice police officers take away scary drugs from bad people and only those same bad people would want to curtail it. (Talk about alternative facts!)

RELATED: Jeff Sessions thinks police should be able to steal your property without charging you with a crime

Attorney General Sessions will happily confirm that false lesson, and with his new authority over the Department of Justice, ensure that any federal reforms in this area stall as long as Trump is in office.

I’ve argued at The Week that the Trump administration can’t stop criminal justice reform because it’s mostly a state- and local-level project, and I stand by that thesis. Still, the Sessions confirmation is a long step in the wrong direction.

A word to the wise: Maybe don’t carry large amounts of cash on you for the next few years. If you encounter the wrong cop, he might just decide to relieve you of it, and he’ll have the Department of Justice’s enthusiastic support. 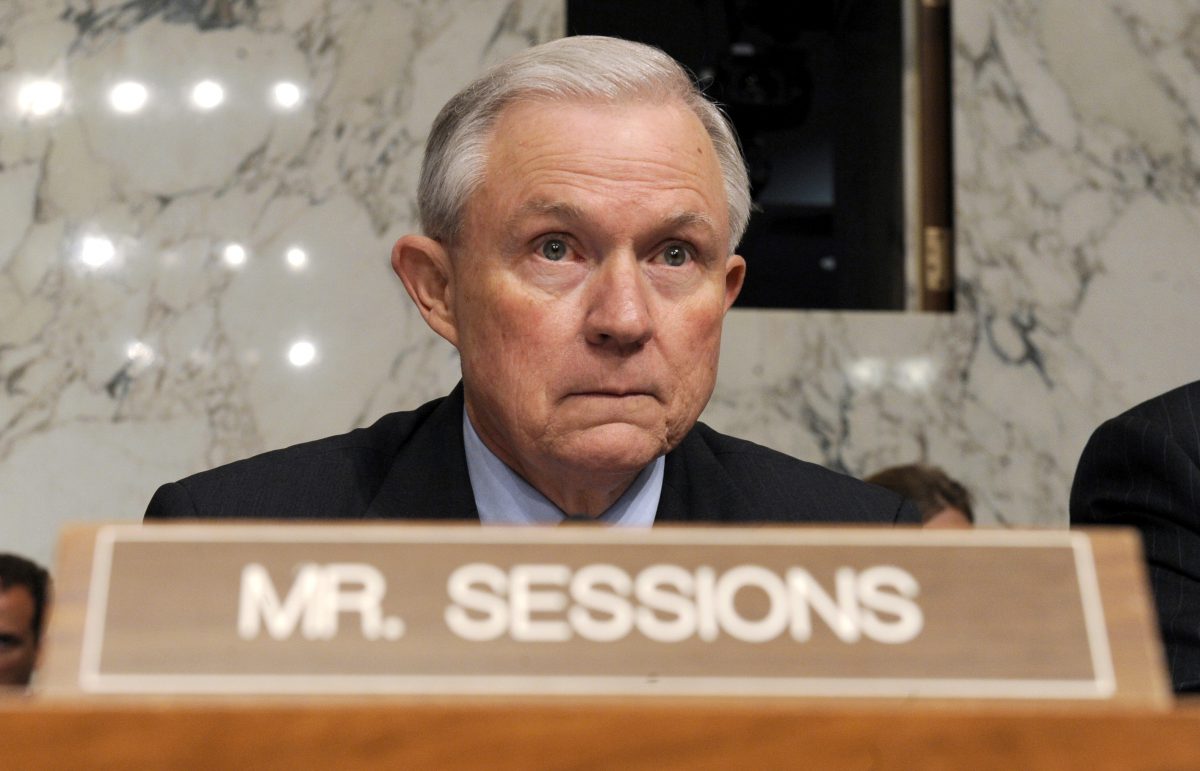