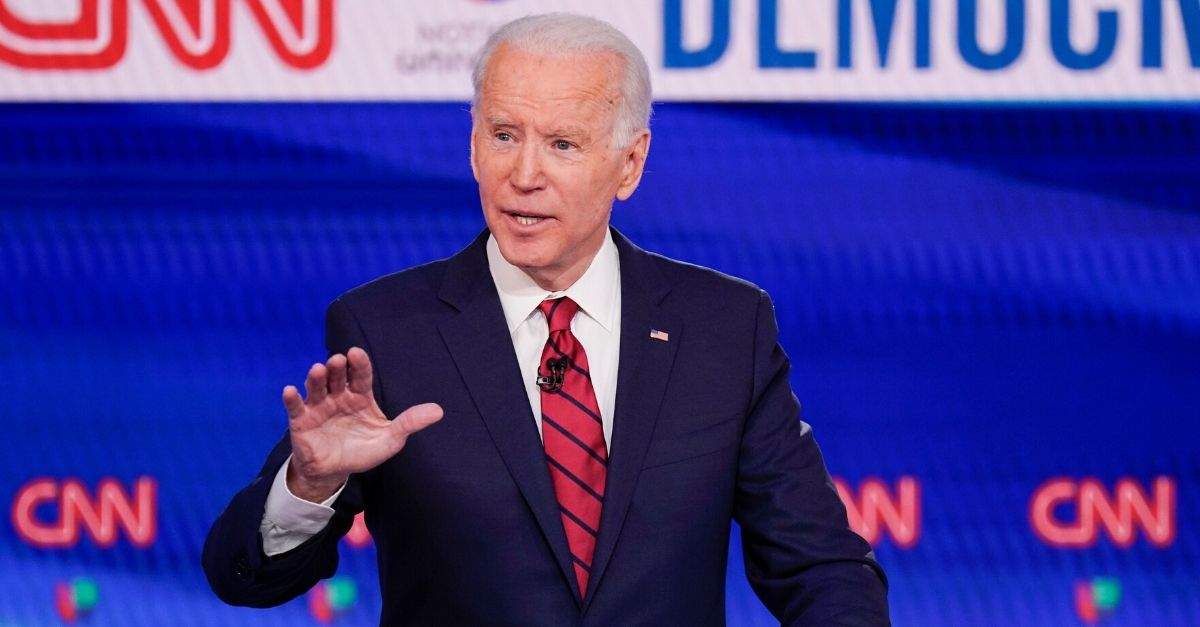 Former Vice President of the United States, Joe Biden, is being accused of sexual assault. A woman who briefly worked with Biden as an aide in the 1990s has expanded her claims that he harassed her, to now include and instance of sexual assault, which Biden’s campaign denies.

The woman, identified as Tara Reade, first made the sexual assault allegation public last month, during a podcast interview noting that Biden, who was then a veteran senator for Delaware and a committee chairman, penetrated her with his fingers under her skirt when she brought him a gym bag in Spring 1993. At the time of the incident, she was a staff assistant in his office on Capitol Hill.

After coming forward with the assault on March 25th, she has spoken with NBC News multiple times saying she also spoken with five people with whom Reade said she shared varying degrees of details over time. In a turn of events, three of those people did say on record that they do not recall any such conversation with the woman.

A woman who briefly worked as an aide for Joe Biden in the 1990s has expanded her claims that he harassed her to now include an instance of sexual assault, which Biden's campaign denies and says is untrue. https://t.co/cD8uiPD7Ml

A fourth unidentified person did recall Reade telling her about the incident at the time. They also noted that she remembered Reade telling them that she spoke with superiors in Biden’s office about the harassment but not the assault itself. Ms. Reade then said she filed a formal written complaint with the Senate personnel office at the time of the incident.

A fifth person, who also spoke with NBC News anonymously, stated that Reade told them in the mid-2000s that Biden had been inappropriate and touched her when she worked in his office, but noted she didn’t detail the alleged assault. The accuser also allegedly told her mother, who has since died, and her brother, who stated he remembers having been told about the incident at the time.

Former Biden staffers, including staff Ted Kaufmann long time executive assistant Marianne Baker, were both named by Reade as having been to do about her harassment but both state they have no relocation of the claim. Defending the Democratic presidential candidate, the campaign reassured the alleged assault ?absolutely didn’t happen.? Through as treatment, the campaign pointed to Biden’s record of avocation for survivors and his authoring of the Violence Against Women act.

Deputy campaign manager Kate Bedingfield stated, “He firmly believes that women have a right to be heard ? and heard respectfully. Such claims should also be diligently reviewed by an independent press. What is clear about this claim: it is untrue.”

A former Senate staffer accuses Joe Biden of sexually assaulting her during the early 1990s when he was a senator https://t.co/K4GmUlyDe7

Reade did officially file a complaint with Washington D.C. police, not naming Biden, recounting an assault sometime from March 1 to May 31, 1993. Reade confirmed she is ?Subject-1? in her report and that ?Subject -2? is indeed Biden. It’s important to note that it is illegal to falsify police reports, and the limitation for prosecuting the allegations has passed.

The woman also noted that at the time of the incident, she filed a formal complaint through a Senate personnel office in which she complained of harassment but did not allege an assault. At that time, Federal law set forth procedures for allegations of discrimination or harassment in employment on the basis of gender, which would have included a hearing by the board of independent officers. There was no such process initiated by Reade?s complaint. Reade’s new allegation comes at a very highly sensitive moment, not just as Biden moved forward as the apparently Democratic nominee for president, but also amid the seriousness of taking people’s account of sexual assault and harassment in the #MeToo era.

There have been numerous women coming forward with allegations of sexual assault against several prominent men in entertainment, politics, and other industries. President Donald Trump has also been accused of assault and accused of unwanted touching by women, all charges in which he denies. He was forced to apologizing during his campaign back in 2016 after he was heard on record “bragging about using his fame to assault women”