On Friday night, Bill Maher and HBO will welcome Milo Yiannopoulos of Breitbart News to “Real Time with Bill Maher,” a decision that has caused some great controversy.

According to many on the left and right, including Jeremy Scahill of the Intercept, Maher is giving Milo and his ultra conservative views that some believe border on fascism a platform they do not deserve. Scahill was also booked on Friday’s show and pulled out once he found out Milo would be there.

“There is no value in debating him. Appearing on ‘Real Time’ will provide Yiannopoulos with a large, important platform to openly advocate his racist, anti-immigrant campaign,” Scahill wrote.

“Yiannopoulos’s appearance could also be used to incite violence against immigrants, transgender people, and others at a time when the Trump Administration is already seeking to formalize a war against some of the most vulnerable people in our society. […] I cannot participate in an event that will give a platform to such a person.”

In response to Scahill and others criticism, Maher said that liberals shouldn’t follow Scahill’s example and back out when they are confronted with alternate views.

“Liberals will continue to lose elections as long as they follow the example of people like Mr. Scahill, whose views veer into fantasy and away from bedrock liberal principles like equality of women, respect for minorities, separation of religion and state, and free speech,” Maher said.

“If Mr. Yiannopoulos is indeed the monster Scahill claims — and he might be — nothing could serve the liberal cause better than having him exposed on Friday night.” 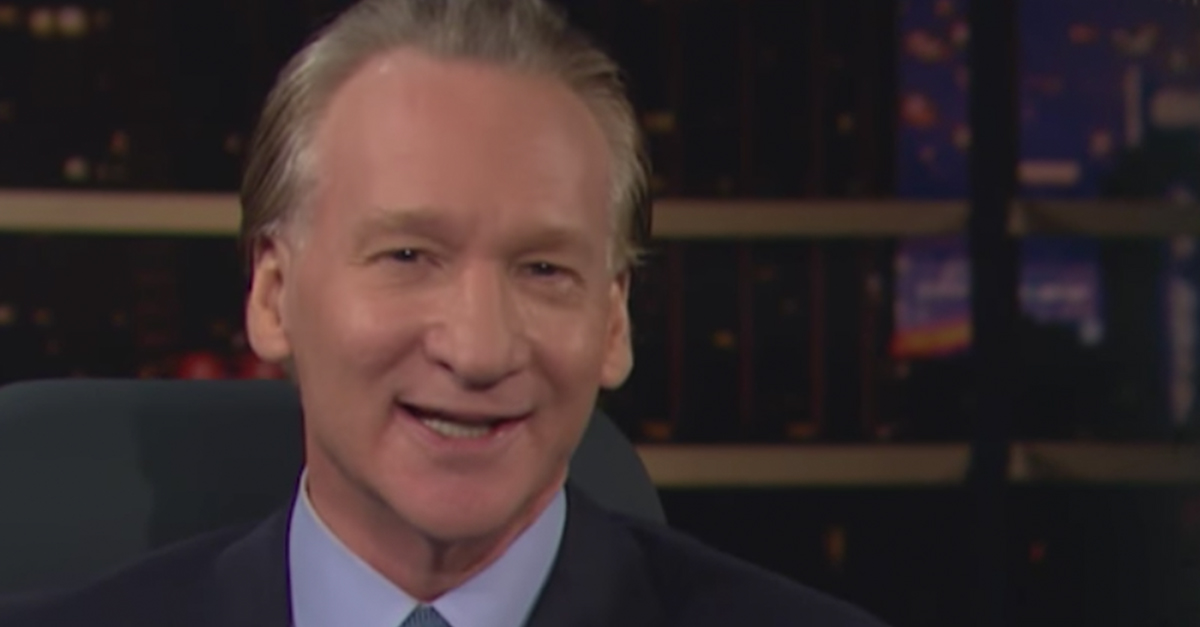