After President Donald Trump’s address in the chamber of the House of Representatives on Tuesday, one comedian came away very unimpressed.

According to Maher, Trump’s speech, which was absent of his usual jokes and insults, wasn’t an indication of things to come. He claimed the American public watched “teleprompter Trump.”

Among the issues that Maher had with Trump’s speech was the inclusion of Carryn Owns, the wife of a Navy SEAL who was killed in battle shortly after Trump took office.

“I’m not also crazy about the response to that, like it was such a great moment,” Maher said of Trump’s response to Owens. “First of all, I wish she hadn’t allowed herself to be used as his prop like that. And I don’t see any great courage here. What…where is the courage? Who wouldn’t stand and applaud for a war widow?”

RELATED: As the room stood and cheered, some politicians chose to sit when a military wife was honored

Elsewhere in his appearance, Maher critiqued the idea that Trump had turned a course in his presidency.

“This time, he actually looked like a president, because he was pretty practiced at it,” Maher said. “The bad part of this is, it will fool a lot of people.” 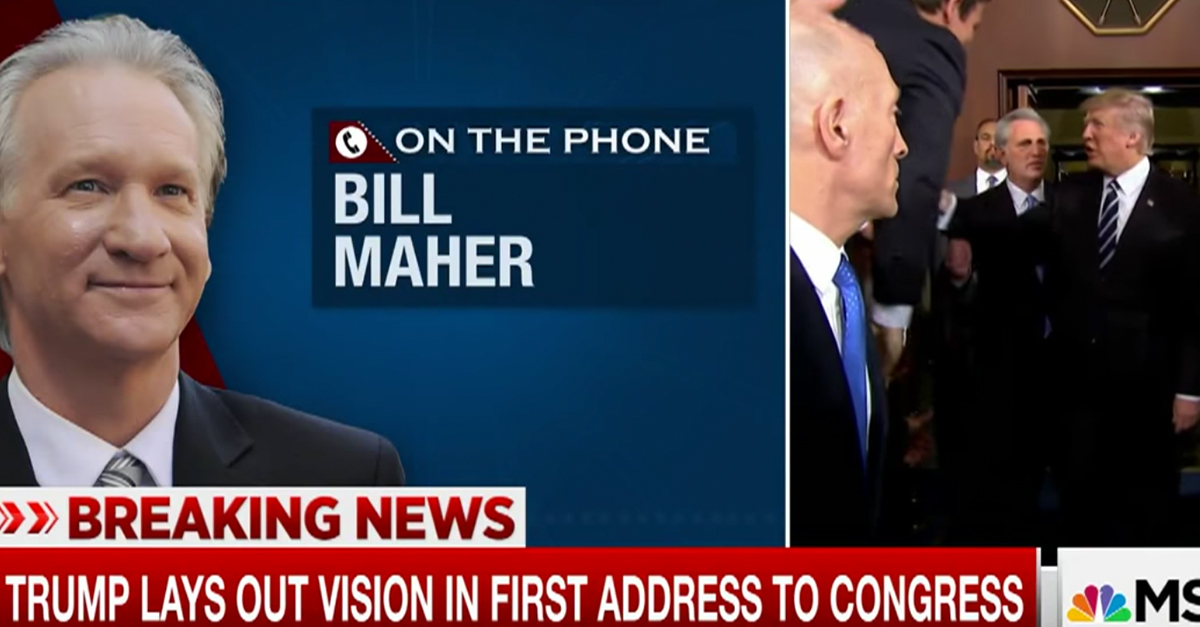