“Joe got a lot of flack for this, but I think we’re looking at this the wrong way,” Carvey said, after showing a clip of Biden’s greeting. “Because if you slow it down and watch it again, I think Biden was actually trying to punch MBS.”

He then imitated hat Biden may have been thinking, by saying, “How about a knuckle sandwich? Come on!”

“By the way, have you noticed that Biden’s gotten a little feistier lately?” Carvey asked, impersonating Biden along the way. “Because when he first came out, he was like a soothing grandpa offering you a butterscotch from his coin purse.”

Carvey then imitated Biden’s penchant for saying “no joke” and “I’m not kidding around here” repeatedly.

“No human being in the world thinks that’s a joke,” Carvey said, imitating the president again. “Nobody.”

He also impersonated Biden as if the president alternated between yells and whispers.

Before all that, of course, Biden offered updates on “Chruch Lady,” the character he brought to life as a member of Saturday Night Live, as well as former president George H.W. Bush, another regular subject of Carvey’s impersonations. You can check those out in the video above. 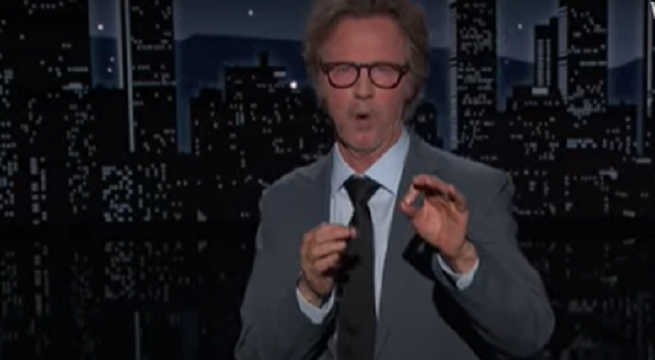