In between jabs at President Trump, John Oliver made a big critique of President Obama 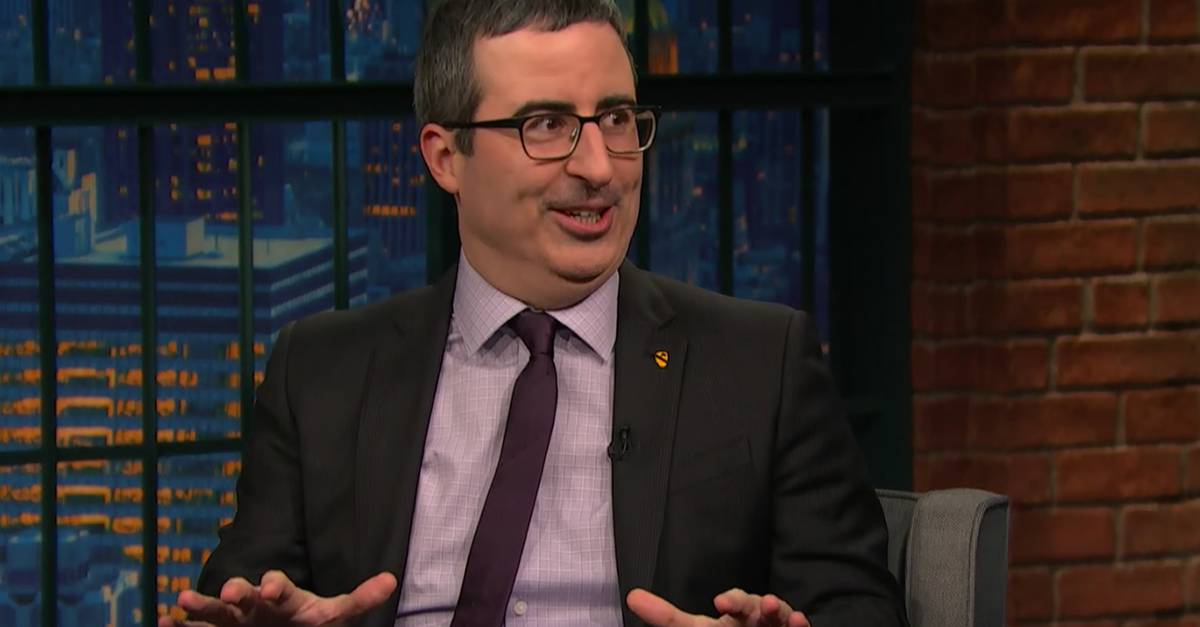 Meyers and Oliver went back and forth about the strange happenings in the first weeks of the Trump administration, and made the expected jokes about President Donald Trump.

RELATED: John Oliver sticks up for an attacked father of a veteran

Oliver also made a pointed critique of former President Barack Obama. He explained to Meyers that he thinks Obama should cool it with his professionally released, in-your-face vacation photos.

?Just? tone it down with the kitesurfing pictures. I?m glad he?s having a nice time, [but] America is on fire,” Oliver joked. ?I know that people accused him of being out of touch with the American people during his presidency. I?m not sure he?s ever been more out of touch than he is right now as he?s kind of pushing [Sir Richard Branson] on a surfboard.?

Former President Obama went on a well-publicized vacation after the end of his presidency, which included a jaunt with Sir Richard Branson and his family on a private island. Branson later released video and photos of the two of them having a grand old time while kitesurfing.