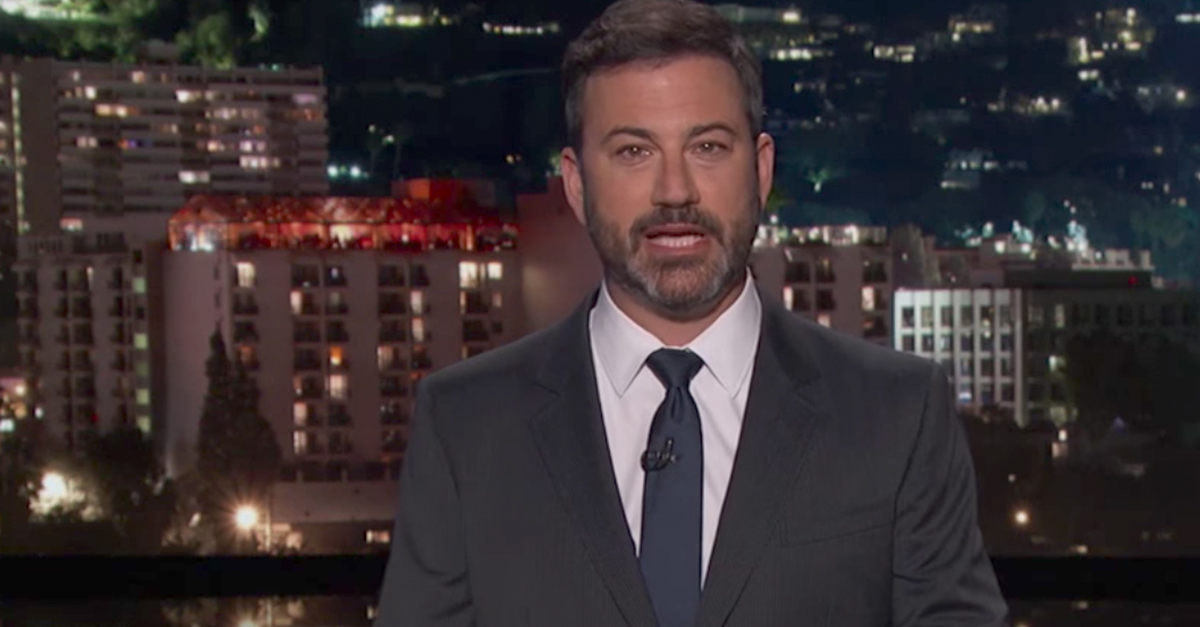 For the third straight night, Jimmy Kimmel used his opening monologue to criticize the Graham-Cassidy health care bill in the Senate.

Thursday night on “Jimmy Kimmel Live,” the talk show host did not back down, responding to Republicans who keep bringing him up as the GOP tries to repeal the Affordable Care Act, also known as Obamacare.

Kimmel began with President Donald Trump getting involved on Twitter on Wednesday night. Kimmel said the president probably didn’t know that the bill proposed by Sens. Lindsey Graham (R-S.C.) and Bill Cassidy (R-La.) does not protect people with pre-existing conditions. But Trump would “sign copies of the Koran at the Barnes and Noble in Fallujah if it meant he could get rid of Obamacare,” he said.

RELATED:  This comedy legend goes to bat against “stupidly politically correct society”
Cassidy had appeared on Kimmel’s show shortly after the host revealed that his infant son had undergone open heart surgery, the Huffington Post reported. Kimmel said Wednesday that on that emotional night, “I learned there are kids with no insurance in the same situation.”

Cassidy had pledged that no family would be denied medical care because they couldn’t afford it. “This guy, Bill Cassidy, just lied to my face,” Kimmel said Tuesday night.

Cassidy responded by saying he was “sorry” Kimmel didn’t understand the legislation, and Kimmel answered several hours later. Cassidy had referenced Kimmel on CNN, asking if principles he believed were necessary to pass a repeal and replacement of Obamacare.

“I ask, does it pass the Jimmy Kimmel test?” Cassidy said.

Thursday on “Fox & Friends,” Cassidy repeated his claim that Kimmel does not understand the bill, the Huffington Post reported.

“Yeah, so Jimmy doesn’t understand,” Cassidy said. “And not because he’s a talk show host, [but] because we’ve never spoken. He’s only heard from those on the left who are doing their best to preserve Obamacare. He’s not heard from me.”

“A lot of people have been saying that I’m not qualified to talk about this, and that is true,” he said during Thursday’s monologue. “But I think those people forget, Bill Cassidy named this test after me.”

Kimmel added he’d been told he should give Cassidy the benefit of the doubt.

“I do give him the benefit of the doubt,” Kimmel said. “I doubt all the benefits he claims are part of this new health-care bill.”