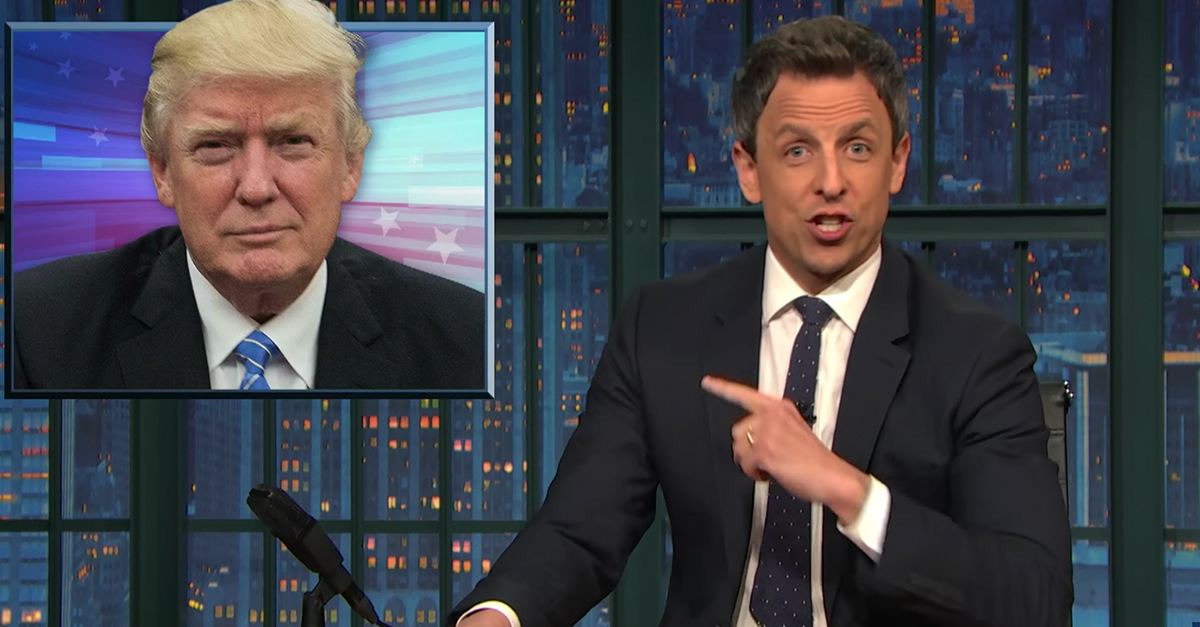 Seth Meyers and his writers usually complete a draft of his “A Closer Look” monologue well in advance, as he explained on Thursday’s show. But the jokes they were going to use for the latest segment had to be tossed after President Donald Trump called an impromptu press conference.

RELATED: Seth Meyers almost loses it as Alec Baldwin brings back this famous role for Christmas

“Donald Trump held what can only be described as a batshit crazy press conference,” Meyers told his audience.

Meyers tore into Trump for nearly 10 minutes, taking great umbrage with many of the statements the president made.

The host was clearly bothered by Trump’s interaction with reporter April Ryan. After Ryan asked Trump a question about the Congressional Black Caucus, Trump ridiculed Ryan and asked if she knew the CBC and could set up a meeting.

“It’s racist to assume all black people know each other,” Meyers said of Trump. “You don’t know all orange people. Hey Donald, can you set up a meeting with Snooki and the Lorax?”

Earlier in the segment, Meyers echoed CNN’s Jake Tapper when he told Trump to “get to work” instead of going back out on the campaign trail.

Trump is expected to appear at what his staff has described as a “campaign rally” in Melbourne, Fla., on Saturday.