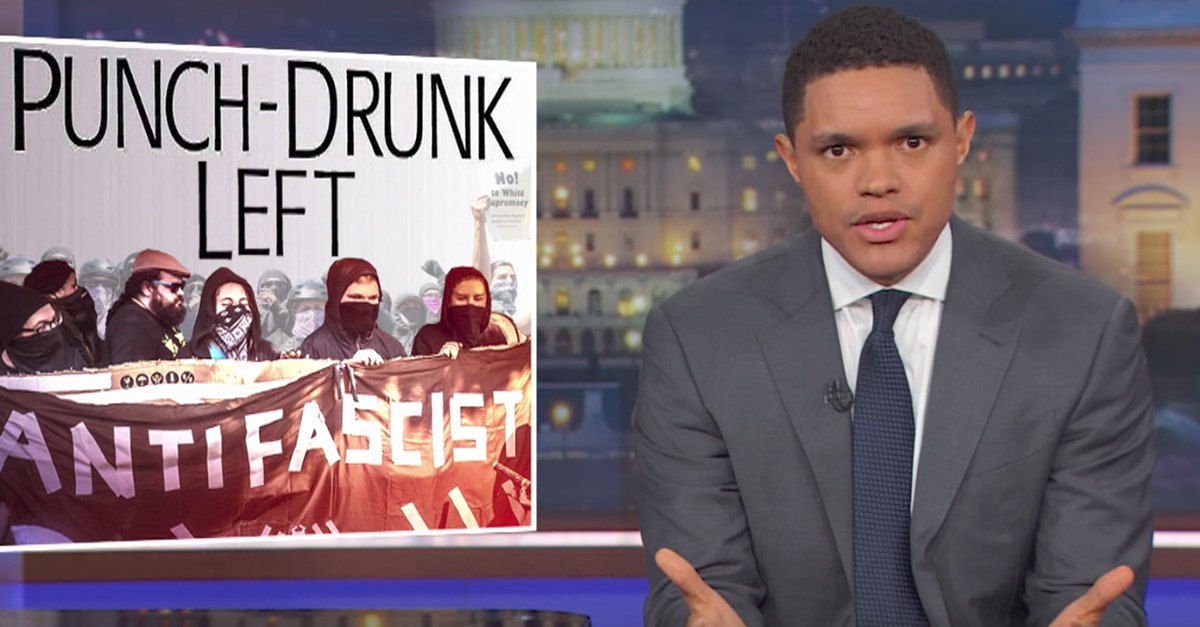 On Thursday night in New York City, comedian Trevor Noah used his platform at “The Daily Show,” to criticize the much talked about and much maligned Antifa organization.

Antifa is the colloquial name for the Anti-Fascist movement that has inserted itself into political protests across the country. Noah believes that Antifa members, and those who march in black masks and try to raise hell, only hurt liberals and other causes.

“You’ve got these Antifa members, who believe that smashing shit is all they should do. Others want to expose neo-Nazis, and part of Antifa has only been about video games. But, the part that’s been causing the most headaches is the one that’s hitting people in the head.”

Despite claims from within that the group fights for positive principles, Noah doesn’t agree.

“You see, now, here’s the real problem: It doesn’t matter what your noble goal may be, it doesn’t matter what you say you’re fighting for, when people see that, all they think is, ‘Oh shit, it’s Vegan ISIS,’” joked Noah. “Because you don’t realize when you think you’re punching Nazis, you don’t realize that you’re also punching your cause. Because your opponents, they’ll just use every violent incident to discredit your entire movement, and they make it seem like — they make it seem like — in a world where white supremacists have a friend in the White House, the real problem is you guys.”