Things got testy on “Real Time with Bill Maher” when the panel debated Benghazi, Trump and Clinton 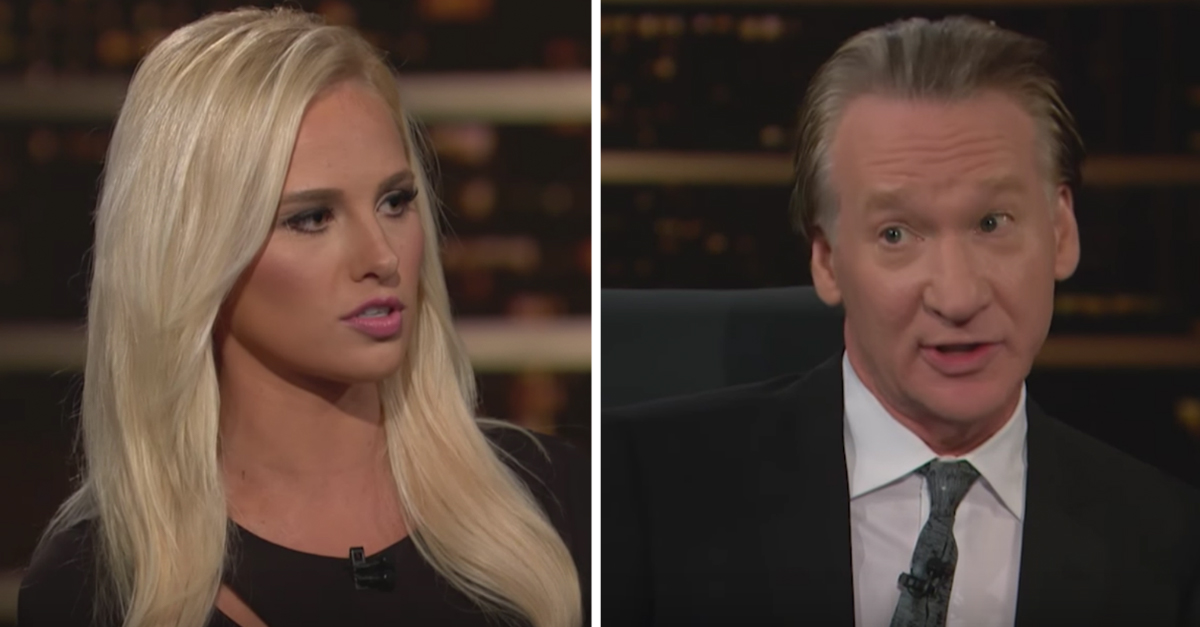 “It was a huge fuck up,” Maher said of recent U.S ground activity in Yemen that killed one Navy SEAL. “Now, I’m not saying that was all Donald Trump’s fault…although, it doesn’t look good. But if it was Hillary Clinton, this would be the new Benghazi. This would be Benghazi times ten.”

Maher admitted that all signs pointed to the operation’s planning stages starting during the administration of former President Barack Obama.

Tomi Lahren of The Blaze was on the panel and briefly got into it with Maher.

“So we shouldn’t talk about intentions. You’re right…on the left, and the right. We shouldn’t,” Lahren tried to explain. “I would also agree that if Hillary did this, there would be a backlash from those on the right, and they would say it was the second coming of Benghazi, and I agree with you.”

Maher then tried to infer that Lahren was saying that the right blamed Benghazi on former Secretary of State Hillary Clinton, too readily.

“No. I’m saying it would have been unfair to peg this on Hillary,” Lahren explained.

Lahren later confused the panel when former Army intelligence officer and Missouri Secretary of State Jason Kander explained that Trump was culpable because he has said and done things that seem to limit his knowledge on national security. Kander also said that the people who died in Benghazi had been used as “political chess pieces” since their deaths.

Lahren then tried to defend Trump with her claim that the president “is not in charge of actually making military operations.”

“But you also realize the president is not in charge of actually making military operations? It’s brought to him,” Lahren said.

Maher challenged Lahren on that statement with reference to Clinton’ role in Benghazi.

“The secretary of state is not actually in charge of checking the security of at every consulate and embassy,” Maher yelled.

The exchange came to an end when Kander challenged Lahren to name all the people who died at Benghazi.

To his immediate surprise, Lahren named all the men who were killed.

The exchange sparked some very different reactions between the left and right media. The Daily Beast wrote that Lahren had “embarrassed” herself. Mediaite claimed that Lahren had smacked down Kander.