Liberals need to learn to be more tolerant and open-minded 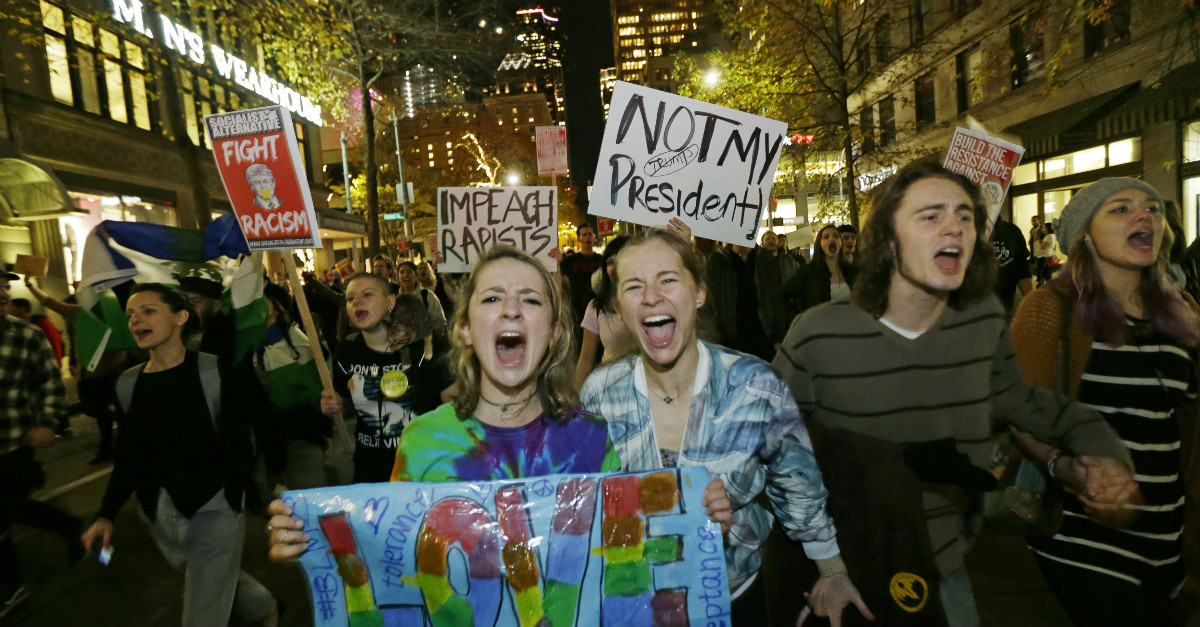 Ideologues right and left can be pretty mean to libertarians about it too; especially during presidential elections if you don?t like the Republican or Democrat, plan to vote third party and partisans on both sides believe failing to elect their crappy candidate is the end of civilization.

RELATED: The federal government doesn?t need to be relocated, it needs to be cut

Yet, many liberals do tend to think of people on the right as being intolerant or close-minded while they, progressives, possess the opposite traits of understanding, compassion and inclusion.

Nope. Most libertarians already know this.

And now there are studies.

In his Politico story on Tuesday, ?Why Liberals Aren?t as Tolerant as They Think,? writer Matthew Hutson observes, ?For years, it?s conservatives who have been branded as intolerant, often for good reason. But conservatives will tell you that liberals demonstrate their own intolerance, using the strictures of political correctness as a weapon of oppression.?

Hutson says that according to psychological research revealed in January by the Society of Personality and Social Psychology, ?These findings confirm that conservatives, liberals, the religious and the nonreligious are each prejudiced against those with opposing views. But surprisingly, each group is about equally prejudiced.”

?While liberals might like to think of themselves as more open-minded,? Hutson notes, ?they are no more tolerant of people unlike them than their conservative counterparts are.?

Brandt approached this question with Geoffrey Wetherell and Christine Reyna in a 2013 paper published in Social Psychological and Personality Science. They asked a variety of Americans about their political ideologies; how much they valued traditionalism, egalitarianism and self-reliance; and their feelings toward eight groups of people, four of them liberal (feminists, atheists, leftist protesters and pro-choice people) and four of them conservative (supporters of the traditional family, religious fundamentalists, Tea Party protesters and pro-life people). Participants reported how much each group violated their ?core values and beliefs,? and they assessed how much they supported discrimination toward that group, by rating their agreement with statements such as ?Feminists should not be allowed to make a speech in this city? and ?Pro-life people deserve any harassment they receive.?

The result was that leftists were just as discriminatory toward rightists as conservatives were toward liberals. They were equally intolerant of each other.

This partisan hatred also goes beyond mere politics into larger opinions about religion. ?Newer research has rounded out the picture of two warring tribes with little tolerance toward one another,? Hutson writes. ?Not only are conservatives unfairly maligned as more prejudiced than liberals, but religious fundamentalists are to some degree unfairly maligned as more prejudiced than atheists, according to a paper Brandt and Daryl Van Tongeren published in January in the ‘Journal of Personality and Social Psychology.’?

I have always contended that being an atheist is the most close-minded position possible. If you?re merely agnostic, you?re essentially punting on the God question?there may or may not be a higher being but no one really knows. It?s anyone?s guess.

But if you?re an atheist who absolutely denies the possibility that there?s a God?as atheists have been known to do?you are basically saying that the overwhelming majority of human beings who have lived on earth throughout time were wrong.

It?s also arrogant in general to believe the left or right have all the answers. Part of why I?m a libertarian, albeit a conservative one, is that my philosophy takes the best parts of right (small government, free enterprise) and left (social tolerance, civil liberties) and discards the rubbish (the hateful and demagogic identity politics practiced by both sides).

Is it possible for both left and right to try to find areas of agreement, as many libertarians have long hoped?

Regardless of how we feel toward one another, there must be some common ground to be found. On the subject of finding those commonalities, Hutson writes about the importance of reaching out to the other side, particularly our neighbors. He suggests that working together to improve local communities is an excellent starting point for building trust and understanding.

Progressives might see the conservatives trailing history as being on its wrong side, but conservatives might feel the same way about the progressives way ahead of the train. Getting everyone onboard simultaneously could well be impossible, but if we share a common vision, even partially, maybe we can at least stay on the tracks.

The most productive developments in our politics usually involve cutting through the noise to achieve some sort of coordination between right and left. For example, many conservatives have now come around in support of criminal justice reform. The left increasingly embracing federalism, homeschooling and even guns in the Trump era is another example.

But no one should pretend that the left-right paradigm in the United States consists of mean conservatives who thrive on intolerance and benevolent liberals who battle them.

Both sides have plenty of hate to go around.