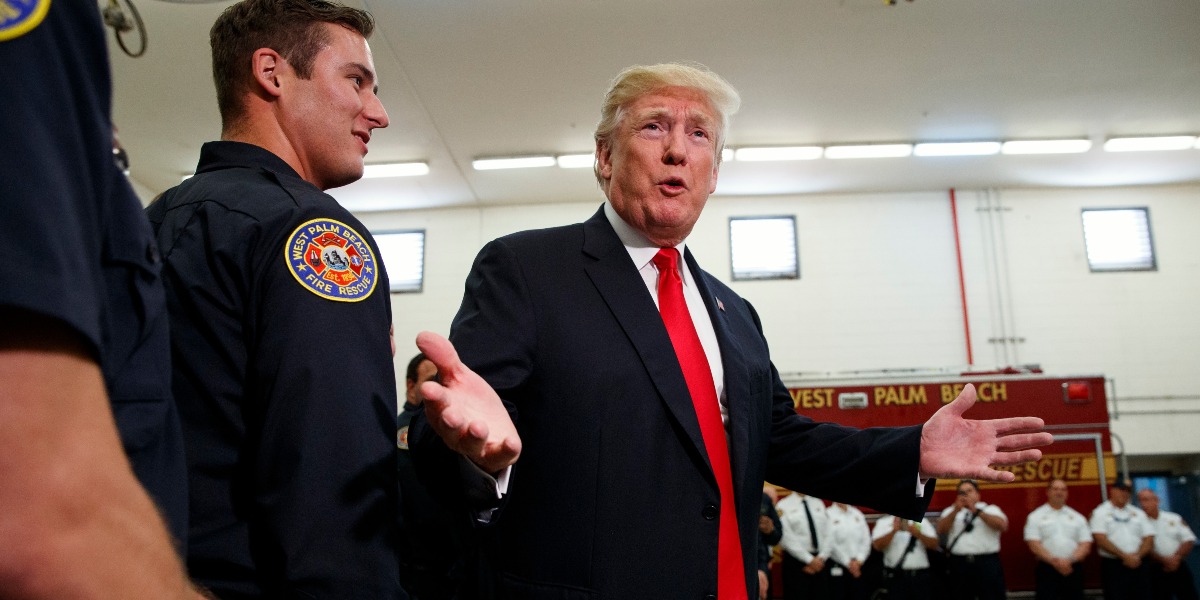 And by “political,” I mean Donald Trump.

On the week before Christmas, when the president signed the tax bill into law, my right-leaning acquaintances were hailing the legislation (which they should, though it still ignores the unignorable problem of massive spending) while progressive friends thought it was a disaster, designed to gouge them and everyone else with higher taxes (most Americans will get a tax cut even if they don’t believe it).

In their jubilation, conservatives did not want to hear about the lack of spending reform, though Republicans once threatened to shutdown the government over the same kind of recklessness during the Obama administration. Progressives really didn’t know what to say about so many major corporations and businesses handing out bonuses and raising wages in the wake of the bill’s passage, so they just stuck to script about reducing corporate rates being a break for “the rich” (when President Obama wanted to cut corporate tax rates for much the same reason Trump is doing so, I don’t remember many Democrats being too critical).

But when it comes to Trump, discussing policy is often just the excuse: Some people really like Donald Trump, and some really loathe him no matter what he does. No matter how much I tried to emphasize to conservative friends that the same kind of deficit increases contained in this tax bill was the same thing Tea Party Republicans had railed against for years, the response was something like, “well everyone is just against everything Trump does.” No matter how much I tried to explain that the tax bill would actually lower most people’s taxes, liberal friends zeroed in on Trump, the man, and how nothing good could ever possibly come from him.

Of course, this is not new. Trump has been one of the most uniquely polarizing political figures for over two years now. But one year into his presidency, instead of his defenders beginning to see more flaws, or critics calming down some, the emotions of many in each camp seem to have intensified. Not for all of them or perhaps even most of them, but enough. I was somewhat taken aback by some of the conversations I had when returning home. I thought some of the passion would have subsided. Merely bringing up the tax bill reminded me on more than one occasion that this was not the case. The same had been true of the net neutrality repeal debate two weeks prior, where people claimed the internet was being either “destroyed” or “saved” based on the new FCC policy – with all the fury still being personified in Trump.

I generally put more stock in what people in South Carolina, or most people anywhere else outside of Washington, DC, have to say about politics. The Beltway elite never saw the Trump phenomenon coming in the first place. When liberal documentarian Michael Moore returned to his home of Flint, Michigan in 2016, he then became certain Trump would win. Most politicians and pundits (including me) thought Hillary Clinton was a shoo-in. Obviously, the “experts” were wrong. Today, Moore thinks Trump will win a second term.

It’s too soon to make such predictions. But two polls released last week were telling, in terms of the media’s portrayal of Trump compared with the public’s perception and what that could mean for the future.

But couple the Pew finding with a Rasmussen poll released last week that showed that when comparing Trump and Obama’s first year polling numbers, both presidents had about equal approval and disapproval. Trump has a 45 percent approval compared to Obama’s 46 percent and both men had a 53 disapproval rating at the end of their first year.

What does this mean? Will Trump also go on to serve two terms? No one knows.

But many do continue have strong opinions about him, positive and negative, arguably more so than any other modern president.