Martin Luther King Jr.’s nephew had a lot to say about Trump’s “racism” — he isn’t buying it 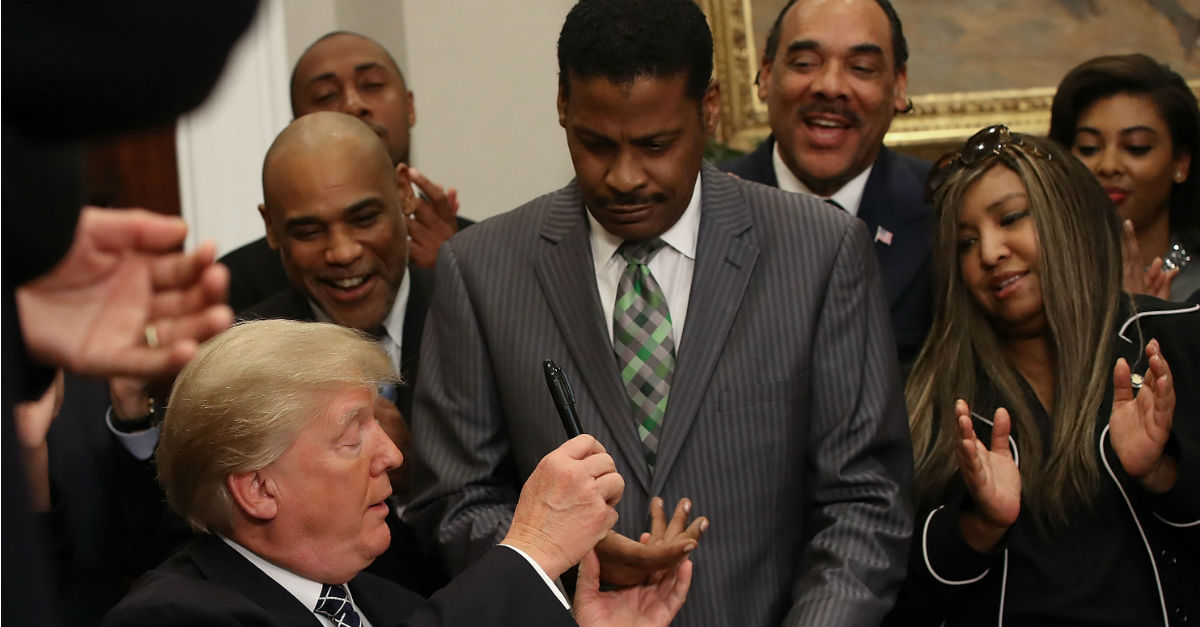 On Friday, after joining Trump in the White House, Martin Luther King Jr.’s nephew pushed back on the claims that the president is a racist, instead suggesting that the president may be “racially ignorant and racially uninformed.”

Isaac Newton Farris Jr. told CNN that he “doesn’t think Trump is a racist in the traditional sense,” adding that the president’s remarks about immigrants from “s**thole countries” may have been “another example of him speaking without knowing the facts.” Farris Jr.’s remarks come a day after The Washington Post reported that Trump referred to certain nations as “s**thole countries” during a meeting with lawmakers. Trump also reportedly asked “why do we need more Haitians?” adding “take them out.”

Later in his interview, Farris Jr. said that his uncle probably would have told the president “not to refer to African countries like that.”

In the White House ceremony, Trump said “this is a great and important day for Martin Luther King Jr.” and after signing the proclamation declaring MLK Jr.’s birthday a federal holiday in 2018, the president shook hands with Farris Jr.. Moments later, while he was introducing himself to the group assembled for the photo op, the American Urban Radio Network’s April Ryan asked “will you give an apology for the statements yesterday?” A number of other reporters quickly followed, shouting similar questions, but Trump left the room without addressing any members of the press.

Trump has denied the comments reported in the Post, tweeting “never said anything derogatory about Haitains” and writing “the language used by me…was tough, but this was not the language used.” While some senators, including Trump ally Tom Cotton (R-Ark.), have said that they “do not recall” the president making those remarks, others like Senator Dick Durbin (D-Ill.) have confirmed Trump’s statements. Durbin, who is the Senate Minority Whip, told journalists “President Trump said things that were hate-filled, vile and racist. He used those words repeatedly.”

MLK's nephew Isaac Newton Farris: "At the @TheKingCenter, we refer to [Martin Luther King, Jr. Day] as a Day On, not a Day Off… It's a day to do something to help someone else." pic.twitter.com/oTZWquWDr8

This isn’t the first time that President Trump has gotten a nod from a member of Martin Luther King Jr.’s family — in January, King’s niece, Alveda King, said that she voted for Trump.