McCain wants caution before rushing health care. He should do that with foreign policy 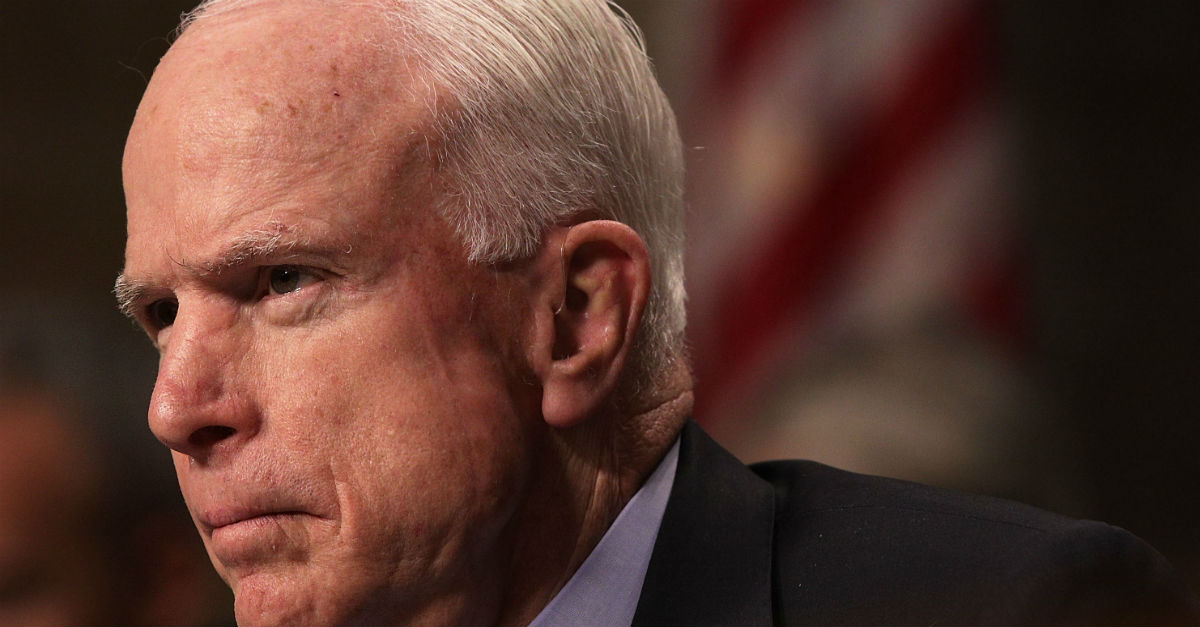 Sen. John McCain said Friday that he won’t be voting for the Graham-Cassidy repeal bill.

“I cannot in good conscience vote for the Graham-Cassidy proposal,” McCain said in a statement. “Nor could I support it without knowing how much it will cost, how it will affect insurance premiums, and how many people will be helped or hurt by it.”

McCain is right. There should always be thoughtful deliberation behind any important decision in Congress that impacts so many lives. McCain says he wants a CBO score. He wants bipartisanship.

Above all, he wants wants caution. On health care.

When Sen. Barack Obama accused McCain of being the most “eager to attack” Iraq in 2003 during the 2008 election, the next president was absolutely right. If there’s a military conflict abroad in which the U.S. could potentially be involved, McCain is one of the first to insist that America should act fast and stay forever. McCain did this with Iraq. With Iran. With Libya. With Russia. With Kosovo. With Nigeria. With North Korea. With Syria. He’s still doing it with Syria. Most recently with Afghanistan.

He’s a shameless fear-mongerer. Anything that will get the U.S. involved sooner than later. In 2013, the progressive Mother Jones put together an amusing “map” of “all the countries John McCain has wanted to attack.”

McCain says he won’t support the latest Republican health care bill without “knowing how much it will cost” and “how many people will be helped or hurt by it.” The wars in Iraq and Afghanistan alone cost $5 trillion — one quarter of the entire U.S. national debt. It’s hard to appreciate how many American military families lives have been forever changed by U.S. foreign policy or the numbers of soldiers and civilians around the world who have lost their lives.

War, like health care, is serious. It should be approached with great caution. John McCain, of all people, should know that.