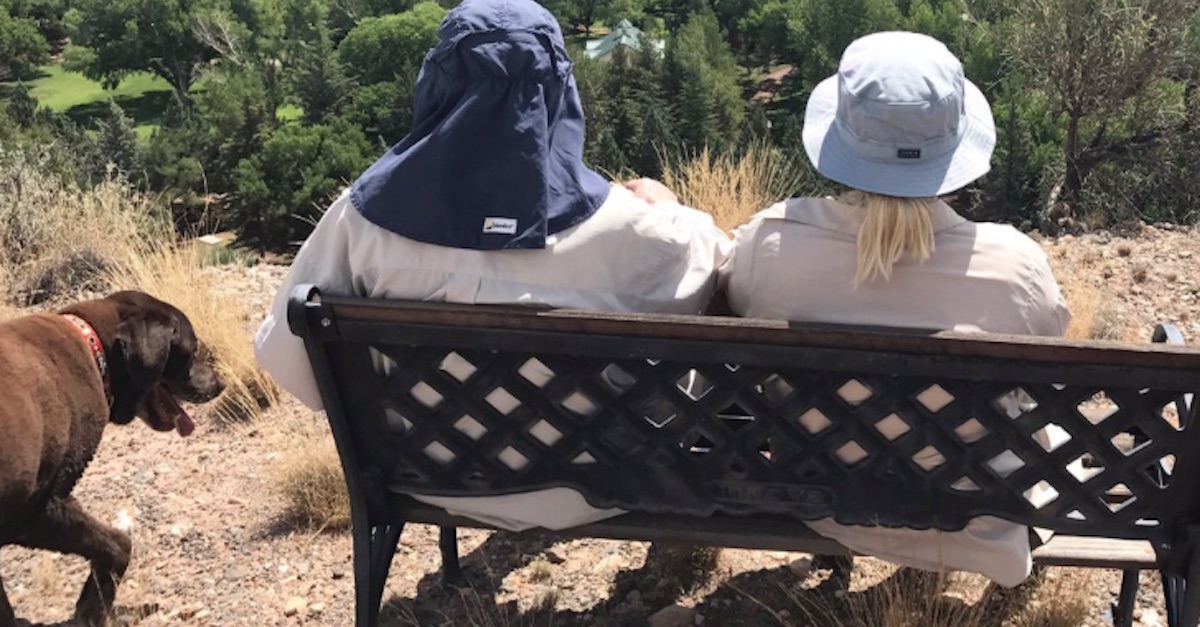 Capitol Hill was shaken when the nation learned that six-term Senator John McCain had been diagnosed with brain cancer. Politicians on both sides of the aisle expressed their well-wishes, and Washington, D.C., was thick with prayers.

With McCain gone, business in the upper chamber has stalled as McCain is a necessary vote for the health care bill.

On Saturday, McCain’s daughter, Meghan McCain, shared an image of her and her father looking into an Arizona valley. She wrote, “Amazing hike with dad. Thank you all for your best wishes!”

Amazing hike with Dad @SenJohnMcCain this morning. Thank you all for your best wishes! pic.twitter.com/P9RR2v91HB

The Arizona senator has been a thorn in the side of the Trump administration, as he’s been critical of the White House’s “Russia cloud.” Meghan McCain has made a name for herself as a political pundit, and she co-hosts “Out Numbered” on Fox News. However, many set politics aside in the aftermath of McCain’s diagnosis as Democrats and Republicans alike shared their best wishes for the veteran senator.

MSNBC’s Andrea Mitchell, who hosts “Andrea Mitchell Reports” in the same time slot as “Out Numbered,” wrote, “[W]e are all on Team McCain.”

Other commenters also added their own kind comments:

Lovely, lovely picture and best wishes for a great recovery! The country is behind you!

God bless your family @MeghanMcCain, let us know if there is anything we can do to help.

The diagnosis doesn’t look good for McCain. The cancer is the same type that killed Ted Kennedy and Beau Biden and is very aggressive. Last week, Lindsey Graham, one of McCain’s closest allies in the Senate gave a heartfelt interview, saying, “This disease has never met a more worthy opponent.”