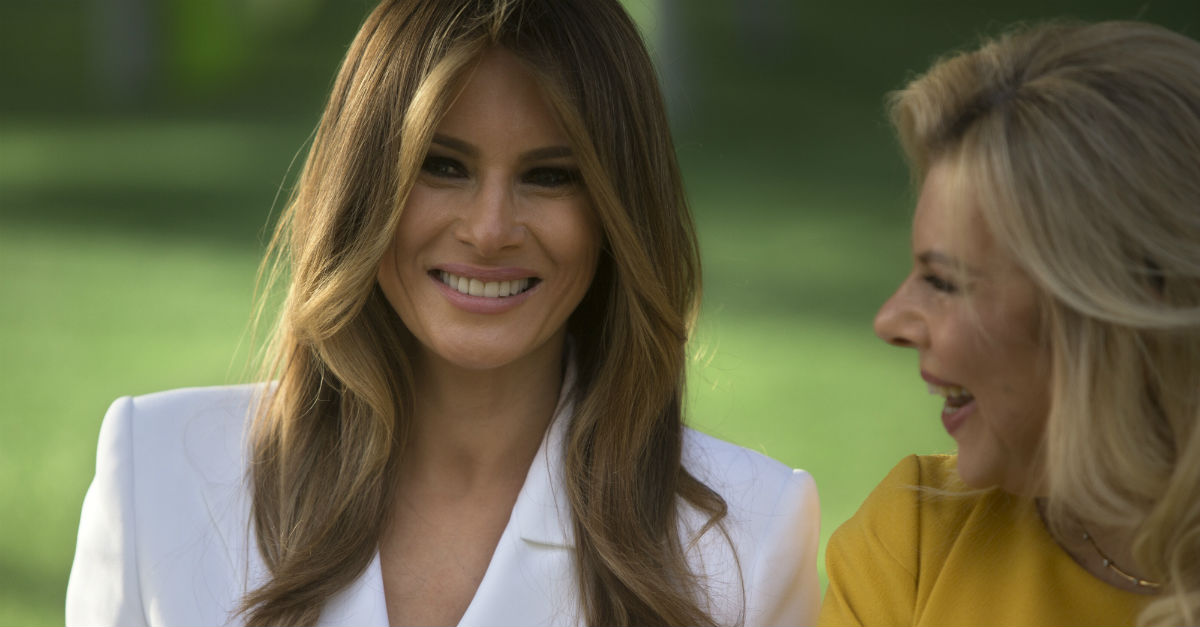 Melania Trump is taking an active role in the White House, traveling with the president and making appearances, but her East Wing team is still a thinly-staffed operation.

While Michelle Obama had 16 people on her payroll, Melania has only four, totaling their salaries at only $486,700. By comparison, Michelle’s team raked up $1.24 million in total salaries. The July report that the White House published listed the staffers, though there are also a few behind the scenes assistants to the first lady. A spokeswoman for the first lady says that her crew is kept intentionally small, telling Fox News in an email, “it is important to her that the team is a good fit for what she wants to accomplish as first lady, and that everyone works well together. She also wants to be mindful and responsible when it comes to taxpayer money.”

Melania’s four official roles include a chief of staff, communications director, deputy chief of staff and deputy director of advance. Most first ladies undertake at least one mission while in the Oval Office; Michelle Obama worked to curb childhood obesity, while Hillary Clinton worked for better healthcare systems. Before her tenure as first lady began, Melania said that she wanted to fight cyberbullying. However, that mission drew criticism from the left who suggested that Donald Trump has used his Twitter to bully journalists and politicians.