Mitt Romney may easily win his U.S. Senate race, but he’s in an odd position 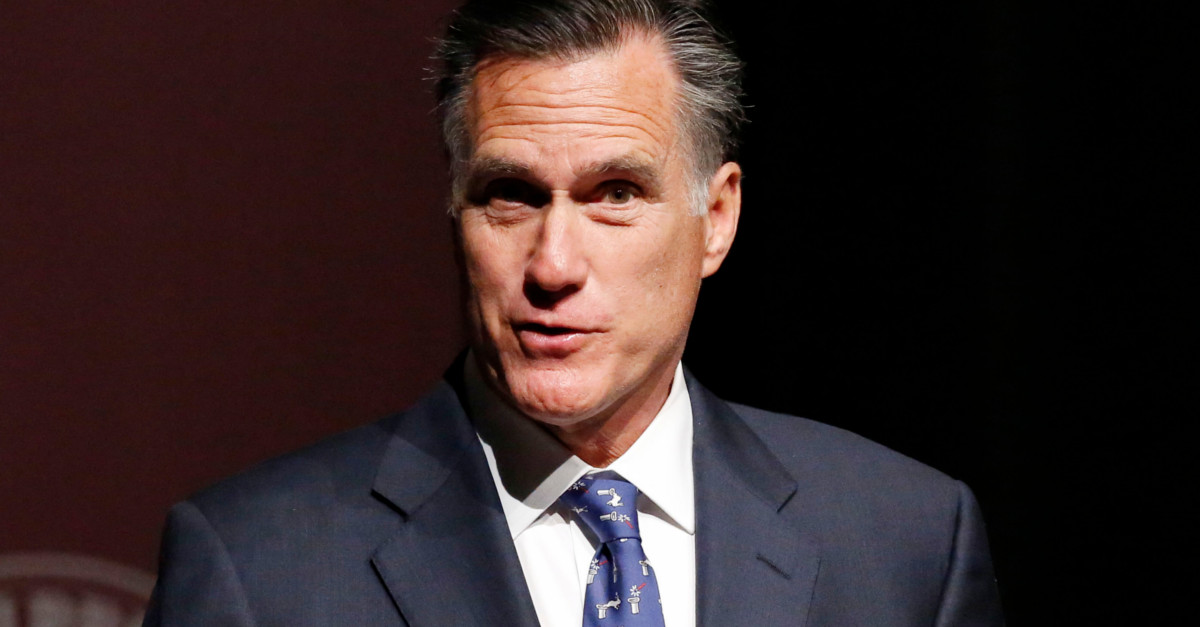 On Friday, Mitt Romney announced his candidacy for the Utah Senate seat that is soon to be vacated by the retiring Orrin Hatch. While the news did not come as a shock, it certainly elicited a mixed reaction.

To some, Romney is just another out-of-touch elite. He’s a white, wealthy businessman with a Harvard degree. There’s no way he could ever truly relate to the regular, middle-class individuals who make up the majority of the electorate. His service as governor of Massachusetts did him few favors with conservatives, particularly his health care reform bill dubbed “Romneycare.” Since the passage of Obamacare, Romney has had to downplay comparisons and sell his 2006 legislation as better than President Obama’s. On top of that, Romney is a two-time presidential candidate for the GOP, losing the election in 2012 to the popular incumbent.

Now, the well-known Mormon is an official resident of Utah and eager to head to Washington, D.C.

Regardless of your opinion of his political positions, it’s plain to see that Mitt Romney is a good and decent man in his private life. He is deeply committed to his wife and family, very charitable, and possesses a deep love for the country that has given him so much. So, why is he running for office again after several failed attempts to gain a lasting foothold on the GOP’s national stage? One could say that at this time in his life, with so much accomplishment behind him, he is simply bored and up for the challenge. After all, he already has the name recognition and financial resources available to go ahead with the endeavor.

But this time around, there is much more to Romney’s bid for public office. And his name is President Donald J. Trump.

Currently, the scene in our nation’s capital is quite fixed. The president’s supporters and detractors have firmly planted their feet and don’t plan on budging much at all in the months to come. Outside of Washington, Mitt Romney has become a vocal critic of the president.

During the 2016 presidential campaign, Romney excoriated Trump as a ?fraud? who was ?playing the American public for suckers.? Trump responded that Romney had ?choked like a dog? in his 2012 campaign against President Barack Obama.

In fact, he appears to have at least partially taken on the role of unofficial leader within the anti-Trump movement.

Here is Romney’s reaction to Charlottesville:

No, not the same. One side is racist, bigoted, Nazi. The other opposes racism and bigotry. Morally different universes.

And the Roy Moore scandal:

Roy Moore in the US Senate would be a stain on the GOP and on the nation. Leigh Corfman and other victims are courageous heroes. No vote, no majority is worth losing our honor, our integrity.

As a candidate on the national stage, Romney stands out because of his background and popularity. His likable personality is in direct contrast to the nation’s brash commander-in-chief. Romney is predictable, controlled, and — dare I say — presidential. In other words, he is what President Trump is so often not.

.@MittRomney has announced he is running for the Senate from the wonderful State of Utah. He will make a great Senator and worthy successor to @OrrinHatch, and has my full support and endorsement!

In response, Mitt thanked him (the same man who said he “choked liked a dog”) for his support.

Thank you Mr. President for the support. I hope that over the course of the campaign I also earn the support and endorsement of the people of Utah.

This indicates little more than an attempt by the president to support a GOP candidate for an open Senate seat before the contentious 2018 midterms.

If Romney were to win the election, he would likely behave as the Republican opposition to the Trump administration in Washington. His critique of the president’s words and actions would remain. The same can’t be said for his reaction to policy positions, though. Like Senator Ted Cruz, Romney’s frustration with the president might be evident, but would probably not interfere with final support for party-supported legislation.

Mitt Romney may easily win his race. Until it’s decided, he’s in an odd position. Trump supporters in Utah won’t soon forget his condemnation of their president’s behavior. Conversely, more independent-minded right-leaning voters may be leery of his past and even this new reach for power.

Will this reintroduction of himself into the national political arena be successful? Time will tell.