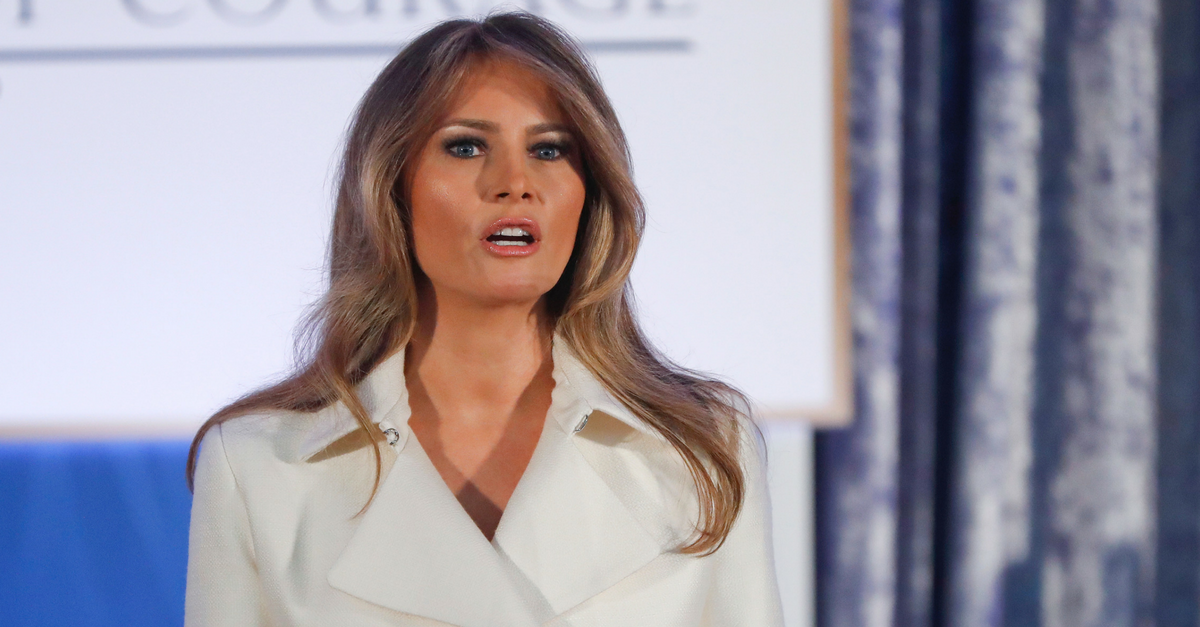 The position of first lady is an utterly thankless one. If she wades into policy, she?ll be greeted with an angry backlash because she?s unelected. Much like what people expect of British royalty, we want first ladies to show up and look pretty. But this week proves that for the wife of the media?s Most Hated President?, looking pretty in and of itself could be an inexcusable offense.

After Hurricane Harvey hit Houston, President Donald Trump decided to take a flight to Texas, and his wife Melania boarded Marine One in high heels. When she arrived in Corpus Christi, she?d already changed to a ?sensible? outfit and sneakers, but alas, it was too late.

RELATED: Instead of seeing the good in Melania Trump?s Texas visit, the internet mocked her shoes

?[W]hy, oh why, can?t this administration get anything, even a pair of shoes, right?? the article complained.

Feminists should be committed to substance over appearances, and mocking a woman who holds a ceremonial position for wearing heels while boarding an airplane really encapsulates the increasingly out-of-touch, shrill tone of the left.

And here?s the real catch-22 that women everywhere understand: what was the first lady supposed to do? Wear dirty, rumpled clothing so she?d blend in with the hurricane victims?

When was the last time you saw the U.K.’s Duchess Kate mocked for showing up looking like, well, royalty?

Our first ladies aren’t royalty, of course. Consequently, we hold very different standards for them that mean we pillory them no matter what they do or don’t do. First Lady Michelle Obama was criticized for wearing sneakers when she volunteered at a Washington, D.C. food bank — because the shoes were too expensive.

Now, Melania Trump did not repeat that mistake, and showed up in Corpus Christi wearing Classic Adidas sneakers that cost $60, according to IJ Review. There were no story corrections issued or articles written praising her cost conscious and ?appropriate? shoe choice.

RELATED: Lakewood Church in Houston is overrun ? with donations and volunteer support

That?s because that?s not what this sartorial censure is really about. Melania?s fashion critics hate her husband, and so they pounce on anything about her that they can criticize, even something as inconsequential as her appearance.

Has the country run out of substantive issues to discuss and policies to criticize? In the midst of a devastating hurricane destroying Houston, one would think that Melania?s footwear rated somewhere between “not at all” and “absolute zero” on the scale of importance.

Mocking the first lady?s shoes or looks isn?t just a low blow — it?s the antithesis of feminism and the last refuge of the desperate.