Netflix’s blockbuster “Stranger Things” has a familiar cast of characters clad in a heavy dose of 80s nostalgia. There’s the obnoxious high school jock. The smart girl eager for his attention. Of course, the frazzled single mom and her loner son who tries to help pay the bills. It’s all headlined by the gang of nerdy middle school boys and the bullies who mock them.

Oh, and also the terrifying mystery monster that keeps stealing people away without a trace.

It is a great blend of Freaks and Geeks crossed with Buffy the Vampire Slayer. Plus also some X-Files—but more on that in a minute. The premise certainly sounded campy, but the execution is not. The kids who zip about town on their bikes investigating their friend’s disappearance dominate the show — for FOUR SEASONS, and the pre-Internet setting makes their legwork charming without ever being tedious. The story also pleasantly bucks a number of TV tropes. The good guys don’t endlessly work at cross purposes, for instance, and the fat kid with the lisp turns out to be the sensible one of the bunch.

What brings “X-Files” to mind is not merely the monster itself, or even the fact that it escapes in the very first scene from a nefarious government facility, forcing the feds to cover their responsibility for the mayhem the beast wreaks.

No, where “Stranger Things” does Mulder proud is its broadly libertarian undercurrent. All the (human) bad guys are part of a government conspiracy. They work in a giant, militarized compound in rural Indiana, close to the fictional small town of Hawkins where all our heroes live.

RELATED: This new show takes a thought-provoking look at how fascism becomes normal

The curious thing is that the compound doesn’t seem to be run by the military—or any of the usual suspects like the CIA or FBI. No, it’s operated by the boring old Department of Energy, an agency that usually generates more yawns than screams. In “Stranger Things,” the most mundane federal bureaucracy can be deadly (in real life, too).

But what really confirms that the government agents are evil is that their primary characteristic is a deep disregard for human life, especially when it gets in their way.

These are not idealistic mad scientists willing to sacrifice a few lives for some perceived greater good. The DOE agents lack even a semblance of misguided virtue. They’re just following orders, and they’re willing to kill and torture literally anyone in the process. (This callous apathy extends to fellow agents, too, as we never see so much as a flicker of concern when they look at the bodies of their own men.) To these guys, no one has value except insofar as they are cogs in a grim machine.

Civil liberties — heck, the most basic of human rights — have no meaning here. The DOE lab seems to be somehow connected to the Cold War and tasked with protecting Americans from the evils of Russian communism, but everyone who works there would be a great candidate for gulag guard.

That’s not to suggest that “Stranger Things” takes a mindlessly negative approach to government. The local police chief, though initially (and understandably) skeptical, becomes one of the kids’ two adult allies. But this only gives the show an implicit federalism, as the closer a layer of government is to the people the more likely it is to be a force for good. The feds are the real villains. The state-level police and officials are their lying flunkies. The local cops are a mixed bag—some are annoying, some incompetent—but ultimately this department is home to the only government protagonist on the show.

The police chief’s positive role is possible because he’s loyal to the people of the town he’s promised to protect—and not a government in pursuit of unknown power. As for the feds, they make one sinister villain. 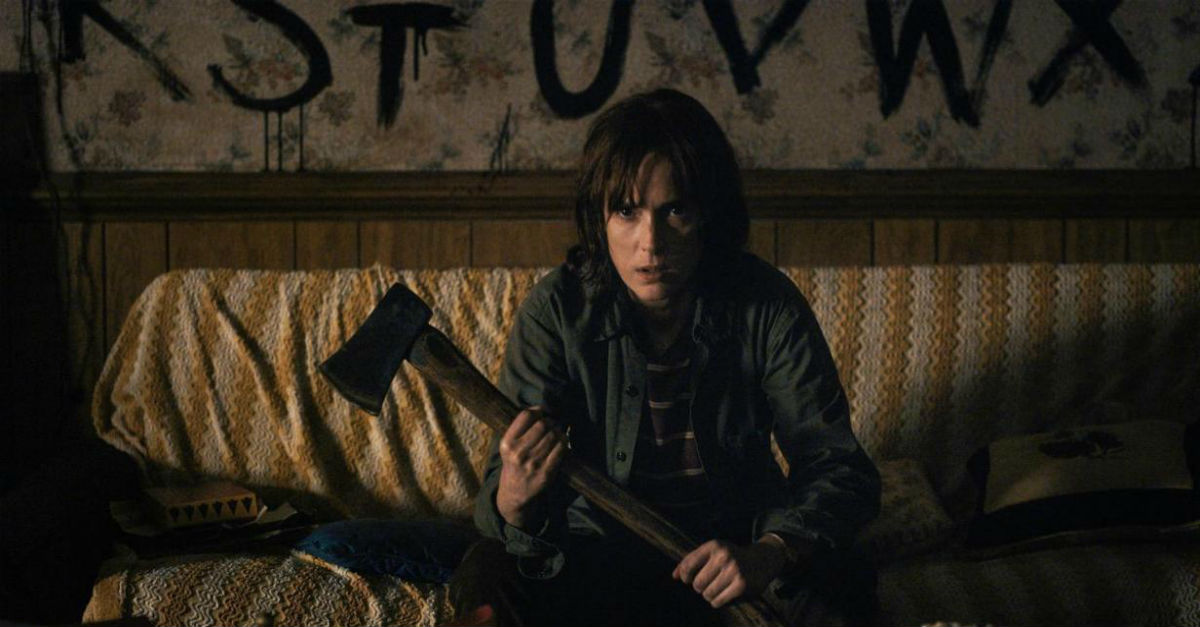