No, Donald Trump isn’t coming for your birth control 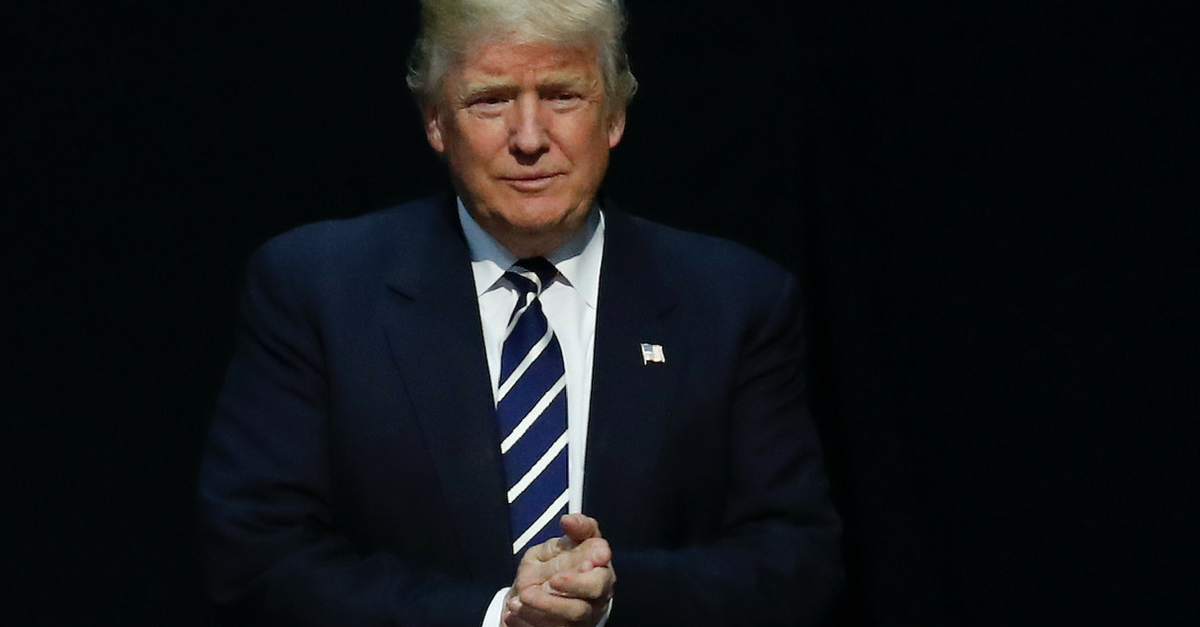 Donald Trump’s win over Hillary Clinton set into motion a meltdown on the left. While there are serious concerns about the president-elect, which liberals share with many of those on the right side of the aisle, plenty of their claims are nothing more than fear-mongering.

One of them has to do with birth control.

For those who believe all health care is a right and birth control should be free, a shockwave has been sent through their ranks. Though neither Trump nor anyone will be outlawing birth control, many are assuming that it will be more difficult to access it in the era of Trump. Slate reported on this fear:

Planned Parenthood has seen a 900 percent increase in demand for intrauterine devices since Donald Trump’s election, the organization reports. …[W]omen are “desperately concerned that they might lose their access to health care” after Inauguration Day, so they’re preparing their bodies with a contraceptive device that could outlast a Trump presidency. …

A pre-Trump IUD may also appeal to women as a form of symbolic protest. The country has elevated a devoted misogynist to its highest office—it’s a personal rejection of his legitimacy to take control of one’s body, exercise one’s reproductive rights, and refuse to procreate under his administration until such time as one chooses.

All of a sudden, birth control usage rises and women are concerned about pre-pregnancy reproductive responsibility? In this case, I guess fear is a powerful motivator to do the long-awaited “right” thing.

RELATED: Everyone wins with over-the-counter birth control, so why is there a fight against it?

An increase in pregnancy prevention of the non-abortive kind should be the goal of those from every political persuasion. Many liberals claim no one is happy about abortion, but that is false. Examples include this piece called “My Happy Abortion” and the hashtag #ShoutYourAbortion. Routinely, abortion is presented as a regular part of women’s health care and just another procedure used to take care of a problem. In reality, abortion has nothing to do with health care. It destroys a beautiful new life in the name of “choice.”

What should be the motto for women of reproductive age regardless of political leaning? “Pro-choice before conception, and pro-life after.” Abstinence is a foolproof way to avoid pregnancy. Beyond that, there are many, non-abortive birth control options available, which will still be available during a Trump administration. There is absolutely no basis in truth for the claim that Trump will pose an impediment to birth control access. That is an entirely exaggerated scare tactic. And given that 900 percent IUD increase, it’s apparently an effective one, too.

Let’s face it: Trump is often disrespectful to women in word and deed. That reality has lent credence to the claim that he’s about to attack birth control. What might really come to pass? Women may have to pay for their own birth control. This is hardly a crisis, though, as many options are available for under $50 per month.

If a fear, though completely unfounded, is “encouraging” more women to think about their pre-pregnancies and contraceptive choices, then that’s a good thing. It’s just too bad that it took a presidential election for this increase in action.