Trump’s executive order institutes a 90-day ban on travel to the U.S. by citizens of Syria, Iran, Iraq, Sudan, Libya, Somalia and Yemen, as well as a 120-day suspension of the refugee program. Syrian refugees — those who protestors of the policy note are the most vulnerable and in need of assistance — have been banned from coming to the U.S. indefinitely. Over the weekend, chaos ensued as hundreds of travelers bound for the U.S. suddenly found themselves in one of the categories that prevented them from being able to enter the country. Protests formed at several U.S. airports including JFK in New York City and LAX in Los Angeles.

“President Obama is heartened by the level of engagement taking place in communities around the country. In his final official speech as President, he spoke about the important role of citizen and how all Americans have a responsibility to be the guardians of our democracy — not just during an election but every day,” Lewis said. “Citizens exercising their Constitutional right to assemble, organize and have their voices heard by their elected officials is exactly what we expect to see when American values are at stake.”

“With regard to comparisons to President Obama’s foreign policy decisions, as we’ve heard before, the President fundamentally disagrees with the notion of discriminating against individuals because of their faith or religion,” Lewis added.

Obama is currently on vacation with his family. 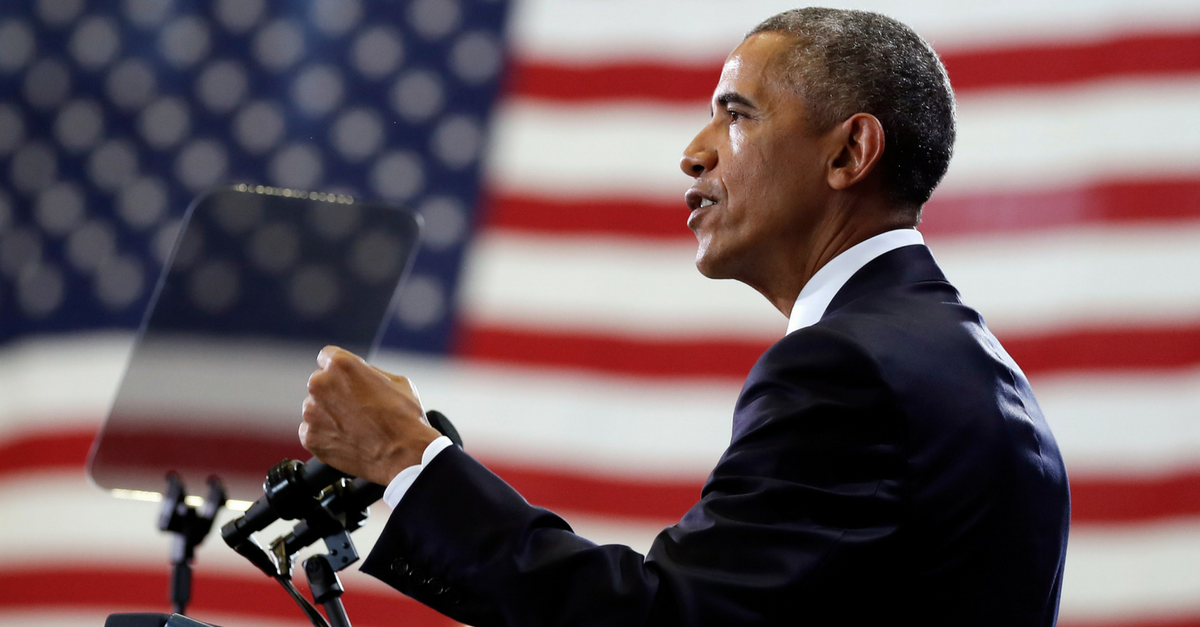