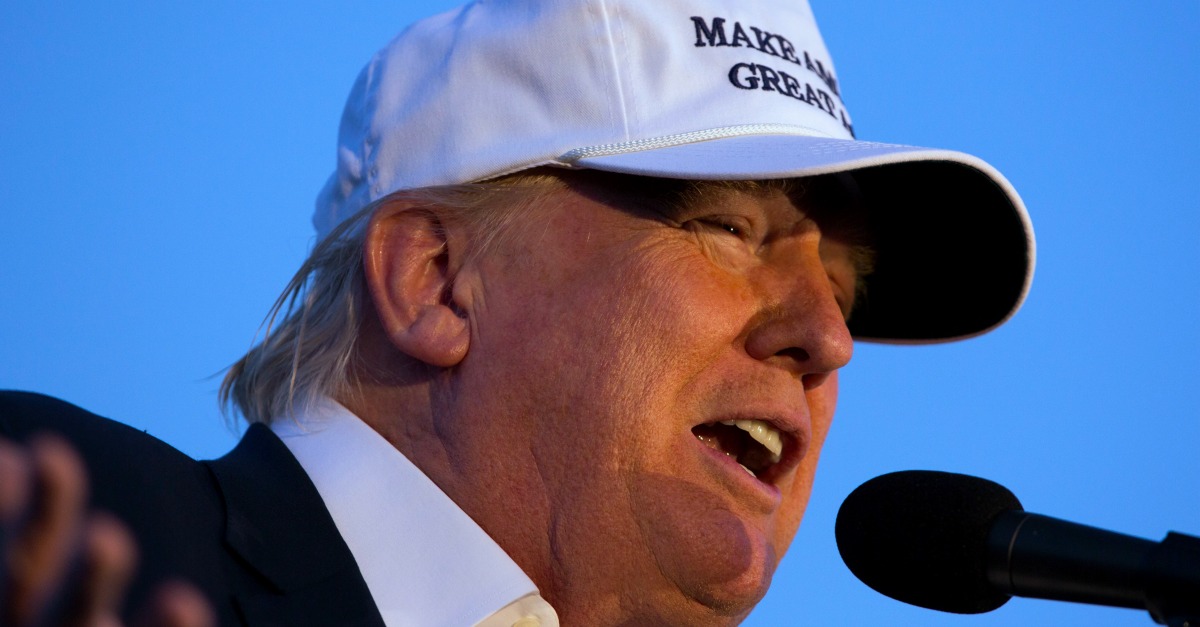 In February of 1933, the German Reichstag burned. The fire consumed most of the parliamentary building and it was blamed on arson, allegedly the work of a young communist named Marinus van der Lubbe. He was arrested on the scene, tried and sentenced to death—but that was just the beginning of the fire’s fallout.

Germany’s new chancellor, one Adolf Hitler, sprang into action. At his persuasion, the president of Germany suspended most civil liberties protections, including the right of habeas corpus; freedoms of speech, press, and association; and the right to private communication by mail and phone. With these new “emergency” powers in place, just over a month would pass before the Reichstag approved the Enabling Act, which gave Hitler power to rule by decree, bypassing the parliament to make his own laws. The stage for the tragedy of Nazi Germany was officially set.

In the years since, the Reichstag fire, much like Hitler himself, has become something of a political archetype, a reference for any shocking event which serves as a convenient occasion for a ruler to seize power beyond what his government’s structure would normally allow. But where the Hitler comparisons tend to be overblown and hysterical—anyone and everyone has been dubbed the new Hitler, always with equal parts sincerity and inaccuracy—the Reichstag fire metaphor has more value.

In the wake of tragedy, politicians need not be nearly as sinister as Hitler to seize the moment as a rationale for unjust, unwise, and onerous new laws. Even well-meaning politicians never want the aftermath of a crisis to go to waste—to borrow the revealing phrasing of Rahm Emanuel—so the government is always ready and eager to answer public calls for action and revenge by implementing some foolish policy that would never pass muster among clearer heads.

The trouble, of course, is that these bad policies don’t go away after the fog of tragedy has dissipated. Germany found itself bereft of civil liberties and ruled by an autonomous madman once the Reichstag embers cooled. More recently, brutal terrorist attacks have occasioned ill-conceived expansions of the war and surveillance state that have proven extremely difficult to undo.

In these early days of President Trump’s time in office, the Reichstag fire has resurfaced. Leftwing filmmaker Michael Moore brought it up back in December, warning the then-president-elect that Americans would not be tricked by “a modern-day burning of the Reichstag as your excuse to eliminate our civil liberties and our democracy.”

To the American public, Moore predicted that after the next terror attack on U.S. soil, “amidst the death and destruction that might have been prevented, you will see Donald Trump acting quickly to blame everyone but himself.” Trump “will suspend constitutional rights,” Moore said. “He will round up anyone he deems a threat. He will declare war, and his Republican Congress will back him.”

Post-inauguration, the Reichstag theme has not gone away. “I’m not suggesting that President Trump is going to turn the United States into a genocidal dictatorship. But we should understand that eventually, there will be some kind of terrorist attack on U.S. soil,” wrote Paul Waldman at The Week, and “when the first one of Trump’s presidency occurs, he will probably move quickly to take advantage of it.” Waldman suggested that Trump’s more calculating advisers, namely Stephen Bannon and Stephen Miller, may already be formulating a plan for what policies they would like to change and what powers they would like to seize on that grim day.

Waldman is far from the only commentator to draw this analogy, especially after Trump tweeted in response to the suspension of his immigration executive order that the judge responsible would be to blame for any future terrorist attacks. “Just cannot believe a judge would put our country in such peril,” he wrote. “If something happens blame him and court system. People pouring in. Bad!”

The implication was clear: I am trying to keep you safe. If you do not go along with my agenda, you won’t be safe. Be afraid of a world in which my agenda isn’t followed. And if you don’t follow it and people die, then you’ll learn to let me do what I want. As Trump himself once put it, “I alone can fix it.”

That turn of phrase is troubling from any politician, and it is not unreasonable to see in Trump’s words a preparation for fresh expansions of federal power once the political climate is right. And that’s not a Hitler comparison—not really—even if there are parallels to the political exploitation following the Reichstag fire. It’s just saying that Trump is the most powerful politician in the world, and he’ll behave as politicians do.