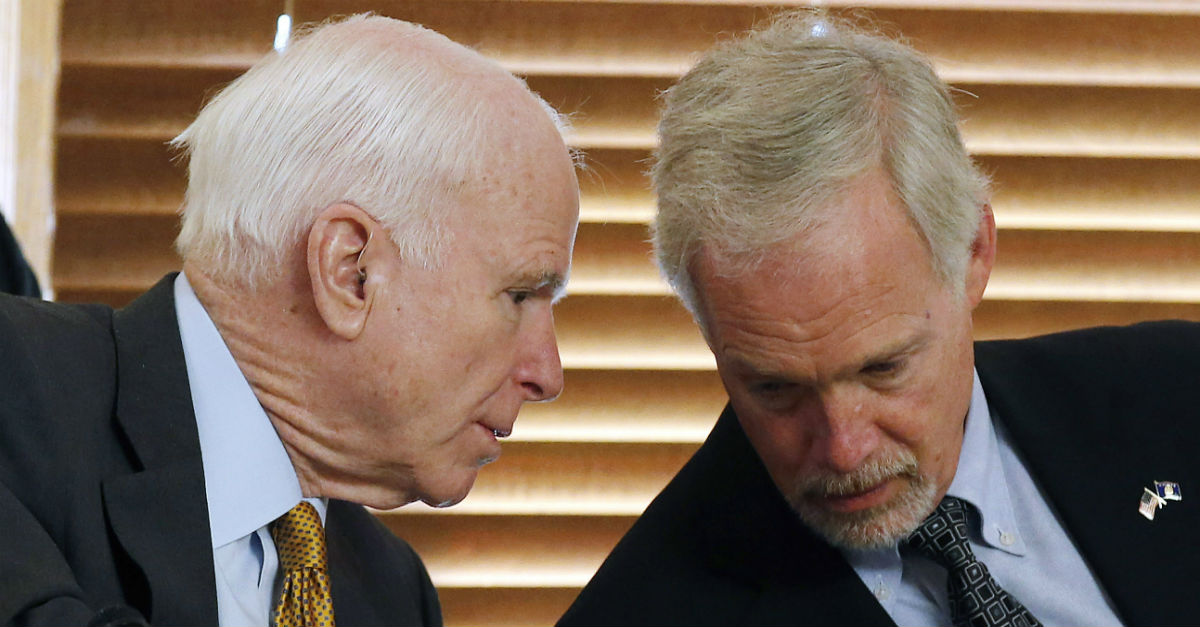 When a cancer-stricken John McCain (R-AZ) returned to Washington to vote on Obamacare repeal in the middle of the night, it seemed like a heroic move to the Republican party. But then McCain shocked the floor when he voted no on the bill, thus establishing Obamacare as the law of the land. Following his vote, McCain paused for a moment before GOP leader Mitch McConnell (R-KY), but McConnell would not meet the gaze of his Senator-gone-rogue.

On Tuesday, Republican Senator Ron Johnson of Wisconsin gave an interview with “Chicago’s Morning Answer,” in which he speculated that McCain’s brain tumor may have played a factor in the Arizona senator’s vote. CNN’s K-File uploaded a clip of that interview to Soundcloud:

In the clip, Johnson said that Paul Ryan told Republican senators that the “skinny repeal” bill would not pass in the House of Representatives as it was written. If the Senate had voted for the bill, it would have gone to conference where amendments would have been added.

Johnson then said, “I’m not going to speak for John McCain — he has a brain tumor right now — that vote occurred at 1:30 in the morning. Some of that may have factored it.”

RELATED: A HuffPost contributor wrote that John McCain would die with ?dishonor? for his health care vote

The host seemed taken aback by the remark, asking “really?” Johnson reiterated that he does not want to speak for McCain but noted that “I really thought John was going to vote yes to send that to conference at 10:30 at night. By about 1, 1:30, he voted no. So you have talk to John in terms what was on his mind.”