Whilst the international community breathes a sigh of relief following the first day of a U.S. and Russian brokered ceasefire in Syria, the embattled city of Aleppo is still crippled by years of siege, bombings and lack of humanitarian aid.

The nationwide ceasefire, which was agreed upon by Secretary of State John Kerry and Russian Foreign Minister Sergey Lavrov, aims to halt fighting between the Syrian government, led by Bashar al-Assad, and rebel fighters. The specific terms of the ceasefire are that the United States will “need to see seven continuous days of reduced violence and unimpeded access for badly needed humanitarian relief, particularly in Aleppo,” White House Press Secretary Josh Earnest said Monday, adding, “Only after we have seen a sustained and continuous faithful implementation of those arrangements will the United States move forward on the element of this arrangement that we know Russia is quite interested in, and that is enhanced military cooperation with the United States, focused on al Qaeda and ISIL targets in Syria.”

While a human rights monitoring group reported that the first 15 hours of the ceasefire were completed without any civilian deaths, the scars of five years of bloody, unrelenting warfare in the country are deep. Aleppo is a startling example.

Some estimates believe that there are only 35 remaining doctors to treat the embattled city — that number once was around 6,000. Since March of 2011, at least 757 Syrian health care workers have died in the more than 380 attacks on medical facilities in Syria, according to Physicians for Human Rights.

In August, a group of 15 of the remaining doctors serving the nearly 300,000 citizens of Eastern Aleppo wrote President Obama a letter, pleading for the United States to push for the siege on their city to be lifted.

“For five years, we have faced death from above on a daily basis. But we now face death from all around. For five years, we have borne witness as countless patients, friends and colleagues suffered violent, tormented deaths. For five years, the world has stood by and remarked how ‘complicated’ Syria is, while doing little to protect us. Recent offers of evacuation from the regime and Russia have sounded like thinly veiled threats to residents—flee now or face what fate?” the doctors wrote in the letter.

RELATED: The 10,000th Syrian refugee in less than a year arrived in the United States today

The city, which recently found its place in US headlines when U.S. Libertarian party candidate Gary Johnson asked, “What is Aleppo?” during a TV interview, has been besieged for months, cut off from routes that could bring in much-needed humanitarian aid.

The city, once acclaimed for being a World Heritage Center, is now better known for its image as a city succumbed to continual warfare. It’s known as the home of Omran Daqneesh, the 5-year-old boy whose photo went viral after he was pulled into an ambulance from his home after it was bombed. Not only is there fear that the brutality will continue, but also remains the horrifying reality that if it does, there may be no one remaining to offer aid and relief. 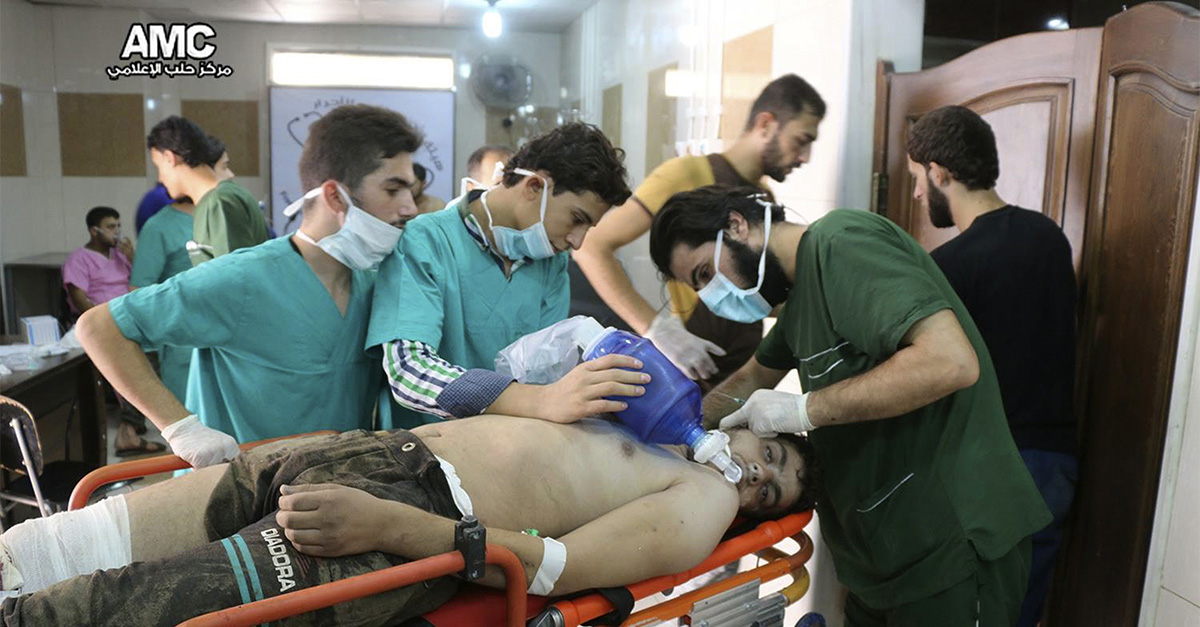