Can the government spy on you through your smart appliances? 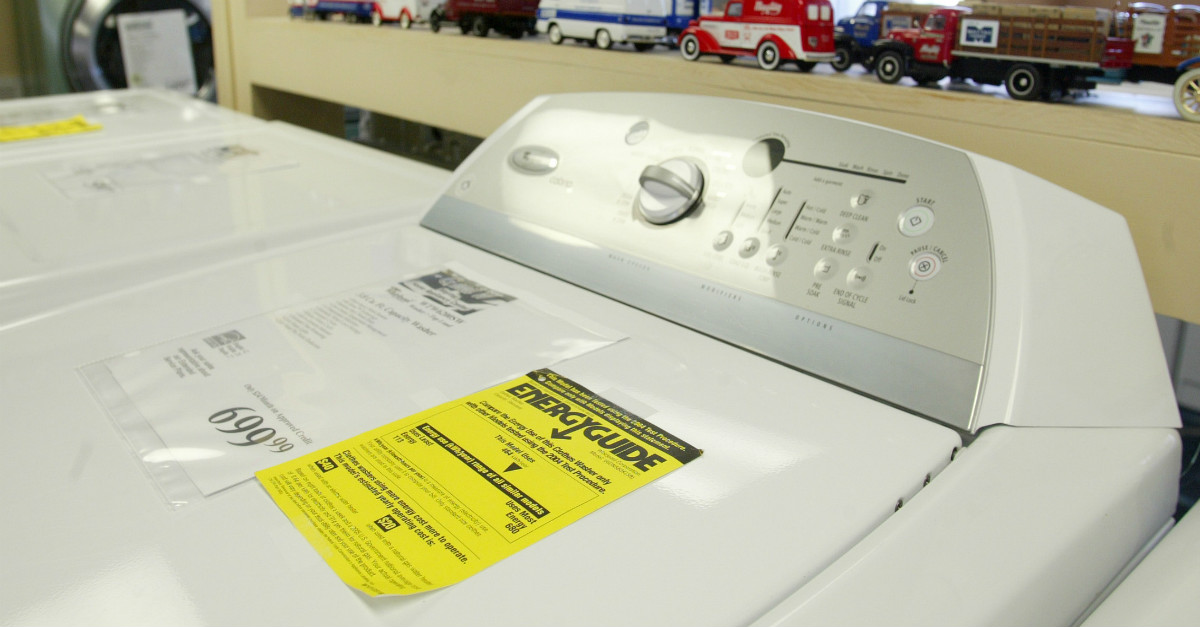 AP Photo/Al Goldis, file
FILE - In this April 18, 2008 file photo, a Whirlpool washer is shown at G&W Maytag in Lansing, Mich. Modeled after the popular Cash for Clunkers program, which was intended to get cars with low gas mileage off the road, a federal appliance rebate program is launching in early 2010. It offers a boost to people buying energy-efficient clothes washers, refrigerators and other appliances _ and to manufacturers, whose sales fell 10 percent in 2008 and another 12 percent through mid-December this year. (AP Photo/Al Goldis, file)

The “internet of things” is a vague way of saying, “your washing machine has WiFi.” But it’s not just your washing machine: It’s your Amazon Echo, your Nest smart thermostat (in fact, most things with “smart” in the title), your Fitbit, your hairbrush, and, if you’re an LG customer in 2017 and onward, literally every appliance in your home from your fridge to your television.

With some exceptions, these devices are often always on and collecting an enormous amount of information about your life. Remember the hubbub in 2015 about how Samsung’s smart TV could record your nearby conversations? It’s like that, but with lots more appliances and lots more data than just what you’re talking about while sitting on the couch.

Nest, for instance, will learn the patterns of your daily life: when you get up, when you go to work, when you put your kids to bed — and adjust your home’s comfort levels accordingly. Your fitness will note when you exercise and for how long. Your phone, of course, can offer data on where you are at any time if it’s GPS enabled. And the Amazon Echo, if used as its commercials depict, will be able to make a pretty good guess at your emotional state and every passing thought. Also, it can talk to that fitness tracker.

Of course, it’s one thing to allow all this information to be collected by these devices because doing so enables them to improve your life.

It’s another thing to have it collected and shared with, say, the government.

Jonathon Hauenschild explains at The Hill today the privacy problems the internet of things has created:

[C]onnected cars, cameras, and other devices with cloud storage could be targeted by law enforcement agencies. If a victim, or the subject of an investigation, has a Nest security camera, can police subpoena the video files from Google? If a house has a smart thermometer, can police subpoena the temperature data to determine whether a suspect is at home?

The Fourth Amendment prevents law enforcement from searching a person’s house, person or effects without a warrant. Amendments to the Constitution, along with state constitutional provisions, provide that the government may not protrude into an area where people have a reasonable expectation of privacy. If a conversation occurs in a house, the people involved in the conversation likely have an expectation of privacy. That is to say, they do not expect anyone, especially the police, to overhear the conversation.

But what if one of the conversers has an Amazon Echo?

Hauenschild argues that “Privacy implications do not change when there is an Internet connected microphone in the room,” and I agree. The problem is the government might not. (Already we’ve seen one case where police wanted access to an Amazon Echo that might have recorded data relevant to a crime.)

As Hauenschild suggests, legislators must promptly “prohibit law enforcement from sending warrants to obtain audio or video recordings stored in the cloud [or] place stringent limitations on the ability to obtain such information.” The internet of things isn’t going away, and it is vital we get these safeguards in place as its reach and function expand.