Congress kicks the can once again on the budget 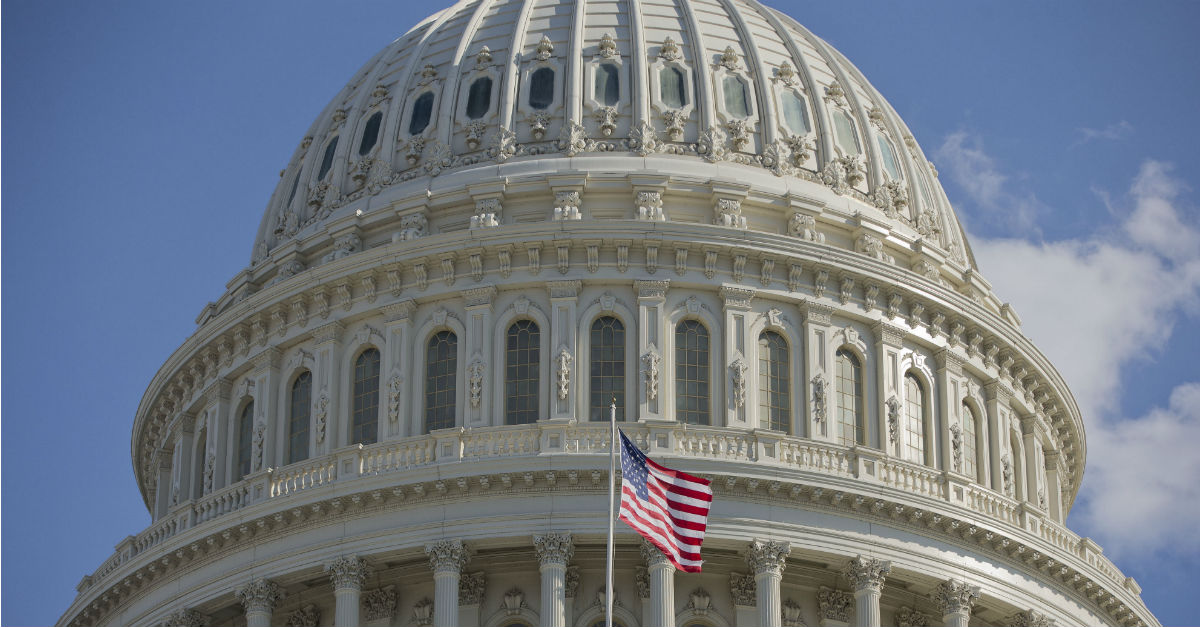 AP Photo/Pablo Martinez Monsivais
The dome of the Capitol is seen in on Capitol Hill Washington, Monday, Jan. 27, 2014. On Tuesday, President Barack Obama will give his State of the Union address, an annual rite of official Washington that for one night squeeze the three branches of government underneath the same roof for the speech. (AP Photo/Pablo Martinez Monsivais)

Late Monday night, news broke that lawmakers had reached a deal on a short-term spending package that will fund the government until September.

This news came after Congress had previously passed a one-week funding package to give themselves just a little more time to come to an agreement on a funding bill so that the government wouldn?t shut down ? and of course, all of this is happening now because funding from the last temporary spending measure has just run out, and without some deal, there might be a partial government shutdown.

In simpler terms, we should note that what got released this week and is set to pass is not a budget. It?s a short-term stopgap to keep the lights on as Congress stumbles from one self-imposed crisis to another.

Unfortunately, it?s the inevitable result of the terribly broken way by which Congress attempts to pass budgets. In an ideal world, a budget would be passed, then serve as a framework by which appropriators passed 12 separate bills that were then signed by the President and set funding for the next fiscal year.

Under a working process, there would be time for reform and reevaluating programs and ? just maybe ? finding agreement on some desperately needed spending cuts.

In reality, there?s hardly time to rush through the bare minimum.

This latest bill, luckily, does not hike overall spending that much ? basically holding it steady around $1.1 trillion. Especially in times of ?government by crisis,? not having spending go up dramatically is well worth celebrating.

Unsurprisingly, fiscal conservatives are finding little else to cheer for. Despite lofty goals to slash agencies and trim government, that goal remains elusive ? at least so far. Almost every government department has had its budget either held steady or raised.

Meanwhile, a staggering $93.5 billion is going to the infamous Overseas Contingency Operations slush fund, off-budget and unaccountable. Right now at least, Washington is continuing its habit of saying ?I?ll vote for your spending, if you vote for mine.?

Of course, it?s hard to be that surprised when these decisions are made in a race against the clock as the last temporary measure dwindles down. Deliberation is the enemy of waste, and poor decisions flourish when decisions are made at the last minute instead of under regular order.

RELATED: One of America?s most liberal Democratic governors disowns taxing the rich

In this kind of environment, Congress can barely pass a bill ? any bill ? to keep the government open. How can we expect the kind of serious and challenging reform that will put our country on the right track? We simply can?t. In the real world, it?s been said that doing the same thing over and over again and expecting different results is insanity. In Congress, they call it budgeting.

It?s been more than 22 years since Congress finished the budget process the way it?s supposed to be done. Every time a disappointing bill gets pushed through at the last minute, we should be that much more determined to get back to a regular process that will, finally, allow for better small-government solutions.