Former Maricopa County, Ariz. sheriff Joe Arpaio was an early supporter of President Donald Trump. The man who called himself “America’s toughest sheriff” thanks to his extraordinarily severe approach to illegal immigrants found a like mind in Donald Trump after he was beaten for reelection in 2016.

Retirement has been tough for Arpaio. He was convicted of criminal contempt late last month after his office detained illegal immigrants in defiance of a federal court order.

As the monstrous Hurricane Harvey bore down on the Texas coast Friday evening, President Donald Trump announced he was pardoning Arpaio. The decision was expected after his administration drew up the paperwork and prepared talking points.

Activists in Arizona were quick to denounce the pardon. “He’s doing nothing but spitting in the face of the people in Arizona who have suffered through what Sheriff Arpaio has done to us,” Carlos Garcia, executive director of Puente Arizona, which advocates for migrant workers, told the Washington Post.

Not only is a pardon a blow to those victimized by Arpaio’s punitive policies, it sends a message to every police officer in this country: you can do anything you want to the people you are supposed to protect. You can jail them illegally, hurt them, even endanger their lives and Donald Trump will let you get away with it. A pardon for Arpaio gives every venal cop a license to abuse.

Arpaio was one of America’s most corrupt law enforcement officials. In 2010, he was accused of using his office to harass political opponents, conducting corruption investigations of officeholders who opposed him. Sometimes he worked hand-in-glove with the county attorney to indict and otherwise harass those he didn’t like.

Arpaio might have been tough on his political opponents and illegal immigrants, but he was soft on rape. In 2012, an investigation by the Phoenix New Times found that Arpaio’s office let rape cases languish while rapists went free. He was forced to pay a $3.5 million settlement to a rape victim in 2015 as a result.

All this eventually drew the attention of the Department of Justice, which announced an investigation into Arpaio in 2008. Though the probe was closed in 2011 without charges being filed, the FBI recommended that Arpaio and others be charged with various crimes, including obstructing criminal investigations of prosecutions, theft by threats, tampering with witnesses, perjury and theft by extortion.

What finally did Arpaio in was his war against illegal immigration. Federal prosecutors accused Arpaio and his deputies of engaging in racial profiling of Hispanics. Last year, a judge ruled that Arpaio was in civil contempt of federal judicial orders barring the use of racial profiling. Arpaio was convicted this year of being in criminal contempt of the same orders.

That long rap sheet is what makes a pardon for Joe Arpaio such a bad idea. For once, Sheriff Joe should be held accountable to the same laws he was supposed to enforce. 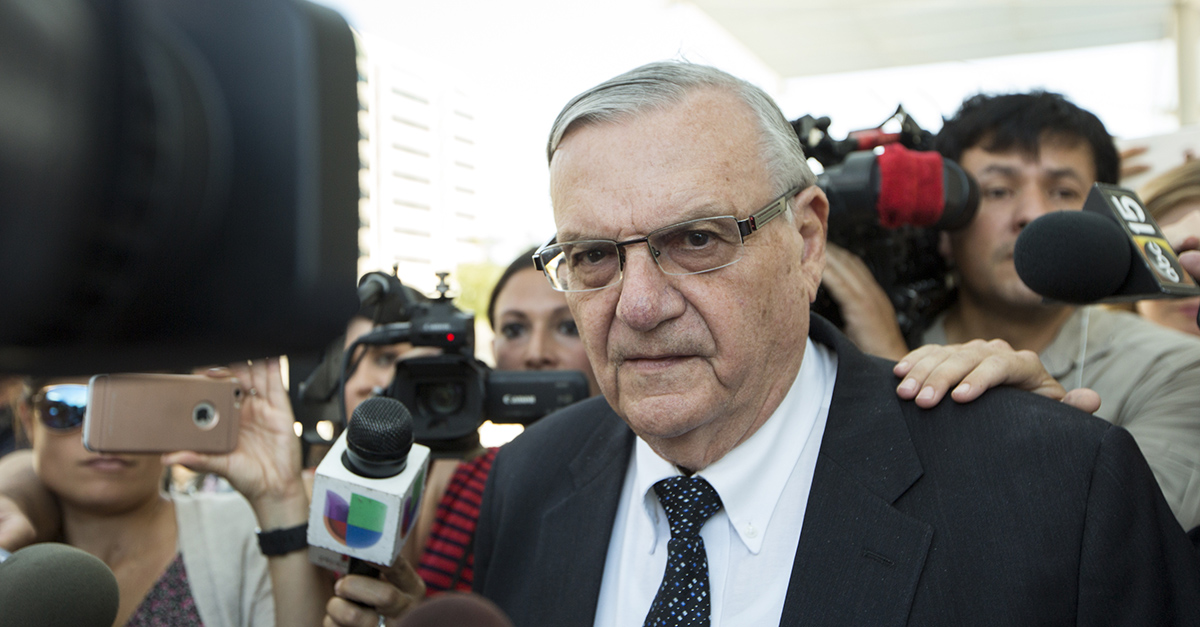