For the sake of the country, Donald Trump must get his act together 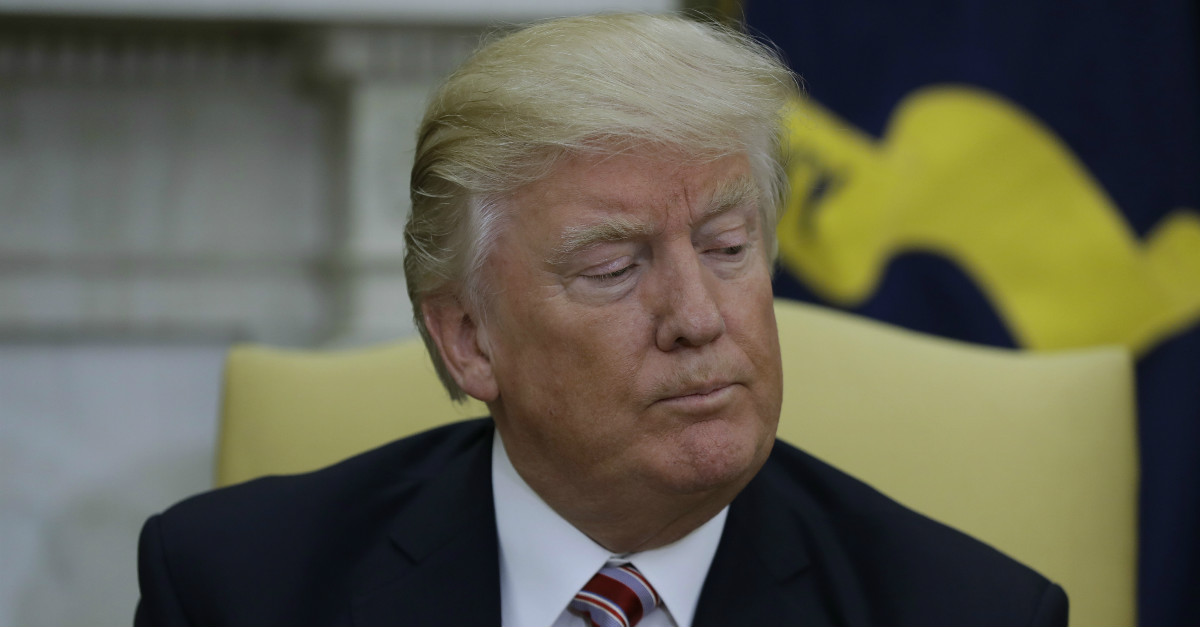 I want Donald Trump to succeed as president. Not because I voted for him (I didn’t) or I believe in his agenda (I generally don’t). I want him to succeed because he is the only president the U.S. has right now. However, he is clearly not succeeding.

RELATED: Be cautious with the hysteria over Trump leaking intelligence to the Russians

Once again, the Trump administration seems to be in another crisis of its own making, yet another example of both hubris and incompetence. For the sake of his party and the country, Donald Trump needs to get his act together and start taking his job seriously.

Right now, Donald Trump’s approval ratings are garbage. CNN’s Chris Cillizza writes that Trump and Republicans should worry, even though the midterm elections are more than a year away.

As the smart folks in the NBC political unit note, Trump’s current poll standing is similar to where George W. Bush was in October 2005, following the botched handling of Hurricane Katrina and the failed attempt to overhaul Social Security. Barack Obama never got to 39% in the NBC-WSJ poll; the lowest he reached was 40 percent approval in September 2014, on the eve of major losses in the House and Senate.

[…]Why should these numbers make Republicans on the ballot in 2018 very nervous? Well, history. And, specifically this line from Gallup’s Jeffrey Jones: “Since 1946, when presidents are above 50% approval, their party loses an average of 14 seats in the U.S. House in the midterm elections, compared with an average loss of 36 seats when presidents are below that mark.”

RELATED: Intelligence that Trump disclosed to Russian diplomats may have come from one of America’s closest allies

A mere election loss is not the only thing Trump has to worry about. He has to worry about the real threat of impeachment. A new poll from Public Policy Polling shows that 48 percent of American voters support impeachment and only 42 percent oppose. It’s easy to see an emboldened Democratic House majority spending 2019 impeaching and trying to remove Trump from office. If you think politics are nasty and tribal now, imagine what they will be during an impeachment inquiry.

For the sake of the country Donald Trump needs to turn his presidency around. If he cannot do the job, he needs to resign and hand power to Vice President Mike Pence. Either way, the country cannot afford this to have this circus forever.