Homeland Security says if you don’t want your face in a biometric database, just don’t travel 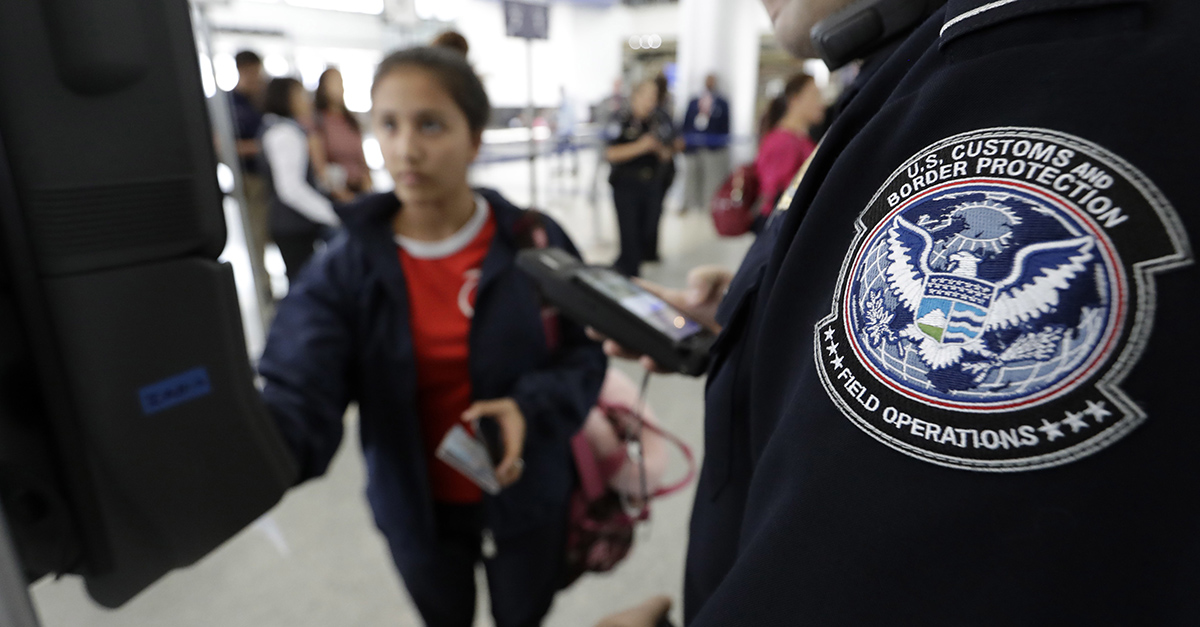 I’ve been traveling by air from a fairly young age, and for as long as I can remember, the parts involving the government have been getting worse.

Obviously the TSA, with its invasive scans and pat-downs and that incredibly expensive iPad app that points left and right, is the main culprit. Then there are the rules about how close you can get to the gate to meet people and all those dystopian “see something, say something” announcements on the airport intercom. And more recently, international arrivals and departures seem to be the cutting edge of new advances in obnoxiousness and invasion of personal privacy.

Let’s set aside, for the sake of argument, the issue of international arrivals by people who aren’t American citizens. I think there’s a case to be made against anti-privacy developments there, too, but right now my focus is narrower.

You see, the Department of Homeland Security (DHS) has these face scanning machines. I encountered them myself when returning from a brief trip to Iceland last year. (The contrast between Icelandic airport security — fast, efficient, not invasive — and the boondoggle we have in American airports is remarkable, by the way. They even let you keep your shoes on, and they only use metal detectors instead of body scanners.)

When you arrive from an international flight, you get in the customs line. As you’re waiting to get to an agent, you go up to one of these machines, which look sort of like an ATM kiosk. It takes, stores, and prints a photo of your face, which you carry up to the agent. The point, of course, is the storage, as your face will obviously not change as you walk the 20 feet from the kiosk to the customs desk.

These scanners, along with finger-printing to round out the biometric portrait, were originally intended for non-immigrant foreign nationals entering the country, and were used for purposes like making sure people don’t overstay tourist visas. But now that DHS has been given that inch, it has decided to take a mile. The Washington Post reports:

If the Trump administration gets its way, U.S. citizens boarding international flights will have to submit to a face scan, a plan privacy advocates call a step toward a surveillance state.

The Department of Homeland Security says it’s the only way to successfully expand a program that tracks nonimmigrant foreigners. They have been required by law since 2004 to submit to biometric identity scans — but to date have only had their fingerprints and photos collected prior to entry.

“Congress authorized scans of foreign nationals,” Alvaro Bedoya, of Georgetown’s Center on Privacy and Technology, told the Post. “DHS heard that and decided to scan everyone.” Classic.

Here’s the kicker, though. If you don’t like this — if you think that being a citizen of the ‘land of the free’ ought to at least entail the freedom to travel abroad without entering yourself into a federal biometric database — DHS has a suggestion for you: don’t travel.

Seriously, that advice comes directly from the agency’s privacy assessment document of the scanning program expansion. As the document elaborates, “The only way for an individual to ensure he or she is not subject to collection of biometric information when traveling internationally is to refrain from traveling.”

The departure scans were tested with voluntary participation at six airports at the Obama administration’s direction (this nonsense is bipartisan, naturally), and DHS intends to implement them with mandatory participation across the country soon.

“Facial recognition is the biometric most easily reused for surveillance purposes. It’s hard to take someone’s thumbprint without their knowledge or participation, but you can take a face print from 100 yards away,” said ACLU attorney Jay Stanley of the plan. “There’s a very real concern that this is the beginning of a journey down the road towards a checkpoint society.”

There’s one bright spot in all this, though. Rep. Justin Amash (R-Mich.), a libertarian stickler for rule of law, is on the case:

My staff and I are looking into this. Thanks.