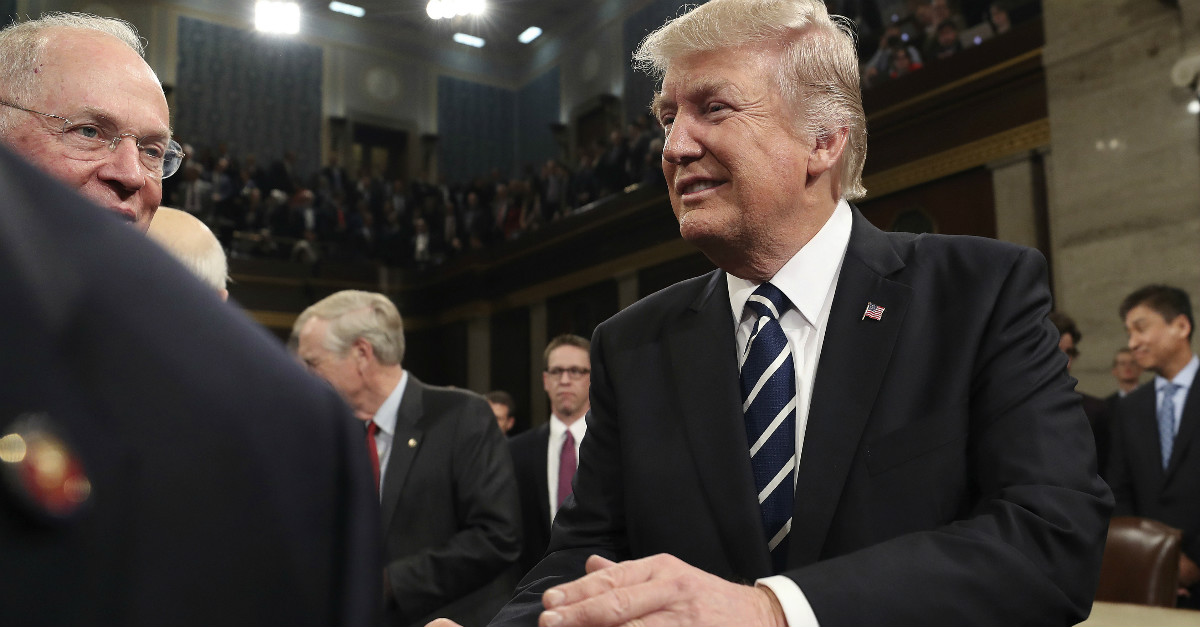 Although partisan bickering would have you believe otherwise, presidential administrations have not been too different in broad strokes over the past half-century. Certainly every president has his own unique tax plan and spending targets, but the overall economic order hasn’t been radically altered since President Ronald Reagan.

RELATED: Trump?s address to Congress showed just how obliterated the Democrats are

By this point, we all know his campaign promises by heart: deport 11 million illegal immigrants, impose a border tax on companies that move jobs abroad, build a wall, and ? most importantly ? make America great again.

These policies stood as a stark contrast to the past five presidents before him. While many pundits wrote off these strongman statements as pure campaign rhetoric, President Trump’s first month in office seemed to suggest that the man is indeed intent on pursuing his protectionist plans in full-force, with controversial executive orders flying out of the White House seemingly every day.

Steve Bannon, one of the president’s most trusted assistants, emphasized this peddle-to-the-metal approach at the Conservative Political Action Conference (CPAC) last week, claiming Trump is “maniacally focused” on fulfilling a “economically nationalist agenda.”

In his first speech to a joint session of Congress, President Trump outlined the policy goals for his first administration in slightly more specifics than what was presented on the campaign trail. Many have already noted how much more measured the commander-in-chief appeared compared to his inaugural address and the regrettable tweets that have been posted during his first month in office.

However, Trump’s tone should not overshadow his subtle but important shifts in policy. Rather than calling for mass deportation, the president said he believes “Republicans and Democrats can work together to achieve an outcome that has eluded our country for decades.” Rather than endorsing House Republicans’ border adjustment tax idea, the Trump simply called for a vague “change” in trade policy, citing an antiquated quote from President Lincoln.

This small but distinct rhetorical shift suggests that the Trump era may not turn out to be the a radical shift in economic order that Bannon and his base are hyping. More than a month since his inauguration, Congressional Republicans seem completely lost on how to build the wall and repeal and replace Obamacare. Perhaps the reality of the political process is sinking in for the new president, realizing that change is much more difficult when the rubber hits the road.

Indeed, President Trump may turn out to be just another porkbarrel president when the history books are written. Although he promised to slash the regulatory state in his address, the president also promised to end the military sequester and spend $1 trillion in infrastructure over his administration. These sound like the same big government promises that the American people have bought and sold from Republican administrations of the past.

In short, Trump may turn out to be just another RINO (“Republican in name only”),  preserving the consensus economic order that has been around for decades. Considering how schizophrenic his administration has been so far, perhaps that won’t be the worst thing in the world.