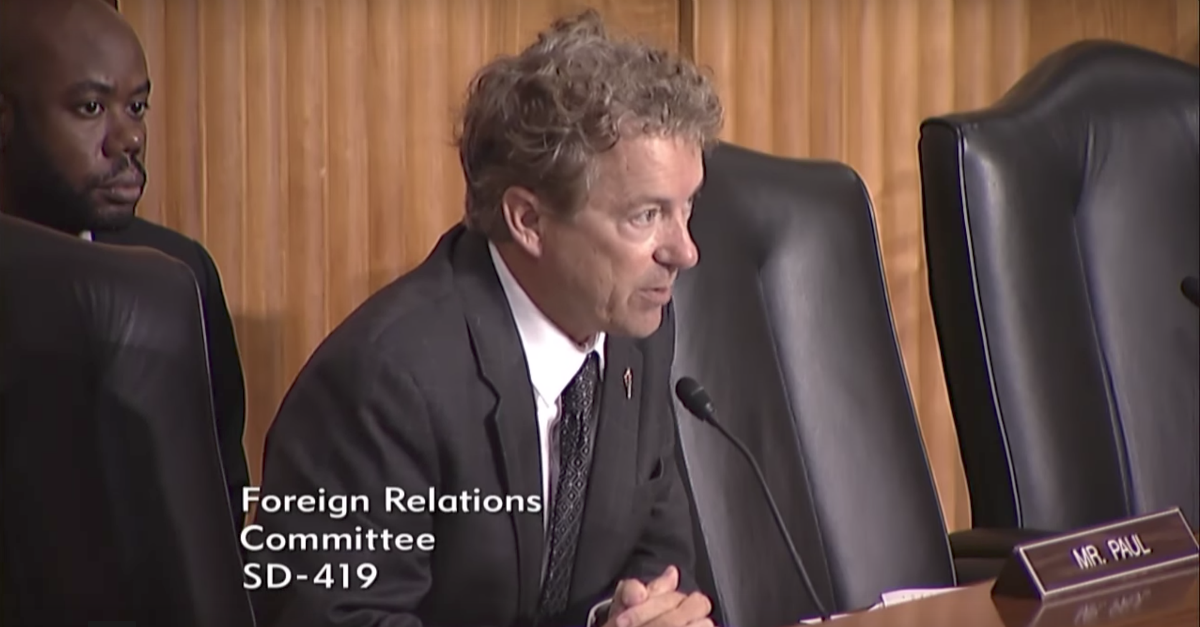 Sen. Rand Paul (R-Ky.) spoke to members of the Senate Foreign Relations Committee on Tuesday about why open-ended, never-ending war is dangerous for America.

In a hearing aimed at reviewing congressional authorizations for the use of military force, Paul explained that the Founding Fathers never intended for Article II of the U.S. Constitution to be seen as “unlimited authority to commence, initiate or engage in war” by the Executive Branch.

“The initiation of war is a congressional duty, not the president’s at all,” he continued. “There’s nothing in the War Powers Act about unauthorized war because we’re not supposed to be doing it.”

RELATED: Otto Warmbier was not a “frat bro” undeserving of sympathy, he was the helpless victim of a murderous regime

Regarding the use of military force in the Middle East, including the Islamic State, Paul was adamant about avoiding illegal war and having a clear target. “I’m not going to vote to go to war in 50 or 60 countries,” he said.

“I was all for going after the people after 9/11, I would have voted for that, but I don’t think that war in Yemen is necessarily helping us.”

Paul also addressed situations where enemy combatants were killed by U.S. forces, along with their women and children, saying that their villages would be talking about “the time the Americans came and killed our women and children” for “a hundred years.”

Sen. Paul argued that bombing civilians creates more terrorists. “They will wait us out,” he said.

“We’re not going to defeat terrorism by having war in 60 some odd countries and dropping drones on everybody we think in a village is a radical ideology,” he continued.

“We have to defend ourselves, but we should be much more specific than this,” Paul said. “I won’t vote for something that doesn’t limit the president’s power, but something that simply gives a rubber stamp to what we are doing.”

Paul argued that Article II is meant to “execute an already initiated war,” citing the Founders’ belief that the power to initiate war belongs to Congress.

After Paul’s comments, Sen. James Risch (R-ID) asked how Paul would respond to those who say that appropriating funds for military force gives authorization for war.

Paul said that there are two ways that war can be initiated: authorization and funding.

“Practically, it is very difficult to stop funding,” Paul said, adding that the debate on the authorization of military force should begin before the funding of it.