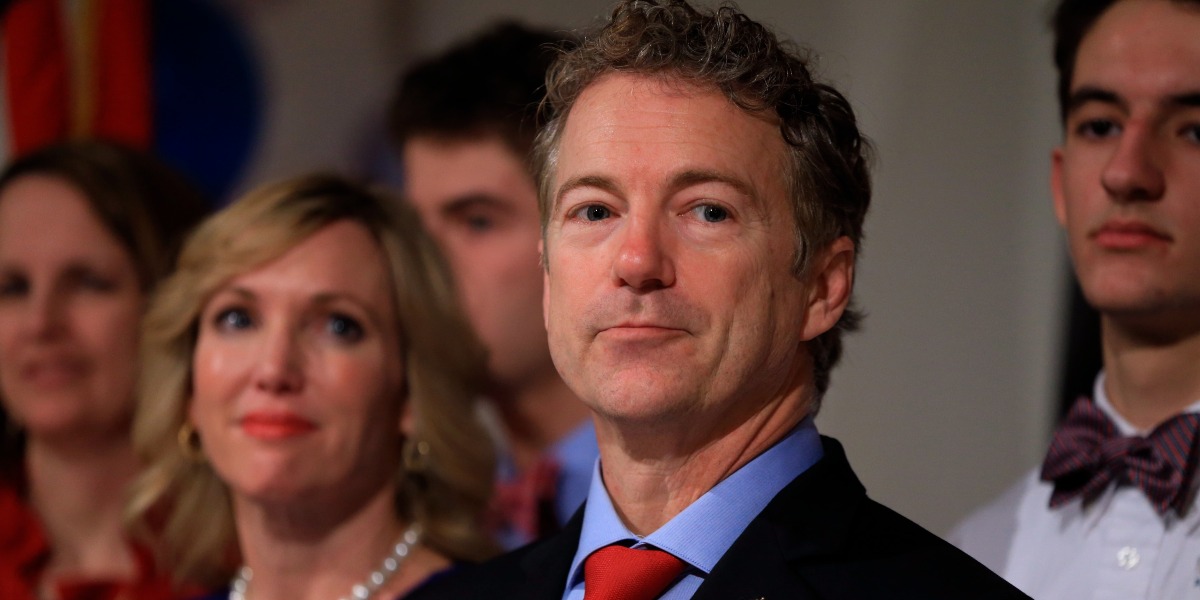 Republicans scored many goals in their mad rush to pass tax cuts, finally winning a game decades in the making. But while House Speaker Paul Ryan was playing the forward position, Rand Paul (R-Ky.) was playing goalkeeper, seeing to it that the government is kept out of our private electronic communications.

In addition to tax reform, also up for vote last week was the FISA Amendments Reauthorization Act of 2017 (Section 702), which had it been approved, would have allowed the government to continue to spy on and collect electronic communications such as emails or phone calls made by non-U.S. citizens.

But the spying doesn’t stop with just non-U.S. citizens. The act also allows intelligence agencies to spy on Americans too, and without a warrant. These “backdoor searches” allow authorities and law enforcement agencies to take a look into your private life without first going through the legal procedures to do so as they would for any search or seizure, Fourth Amendment be damned.

Remember, it’s for our safety, of course.

How many times this breach in privacy by big brother has happened—and how often—is anyone’s guess, even Congress’s. According to Forbes, intelligence agencies told Congress they couldn’t give them a count of how often they listen in on our calls, or read our emails.

That didn’t stop the intelligence agencies from asking Congress to renew the act before it died in December. Sen. Tom Cotton (R-Ark.) even went so far as to suggest making warrantless spying permanent law.

“We cannot live in fear of our own intelligence community. They have such power to suck up every bit of every transmission, every communication we ever made. We can’t just have them willy-nilly releasing that to the public,” said Paul of the act.

Disdain for Section 702 is bipartisan as well. Joining Paul was Sen. Ron Wyden (D-Ore.), who, according to The Hill, called the bill “an eleventh-hour attempt to sneak an unchecked warrantless surveillance program through Congress.”

“The legislation posted late yesterday is a clear step backward for Americans’ rights. It does nothing to check the warrantless backdoor searches of Americans’ communications,” Wyden added. “The bill also fails to codify the current prohibition on ‘abouts’ collection, in which communications entirely among innocent Americans can be swept up if they reference a target’s email address.”

Paul threatened to filibuster Section 702’s renewal in the face of many surveillance happy Republicans like Cotton, and according to IJR, had every confidence he would win the stare down. For one, it would need bipartisan support, and Democrats have not been willing to give Republicans any votes.

With Sen. Mike Lee (R-Utah) also joining Paul’s side, too many Republicans would have been missing to get the bill passed. Furthermore, with Wyden by his side, Paul’s threat of stopping everything with a filibuster if the bill went up for a vote was a fight many in Washington weren’t willing to have.

Paul was right, and the renewal bill never saw the light of day.

The vote to renew Section 701 is not dead, only postponed, and any reauthorization would be a short-term, flat extension. Paul has said that should a reauthorization attempt be made, he would be standing in its way again.

Forbes noted that Trump’s lawyers argue that due to the one-year certification for the program, it could remain in action until April of 2018. This, at least, would give Paul and his fellow privacy advocates time to come up with a better plan, and get our government out of our private lives.