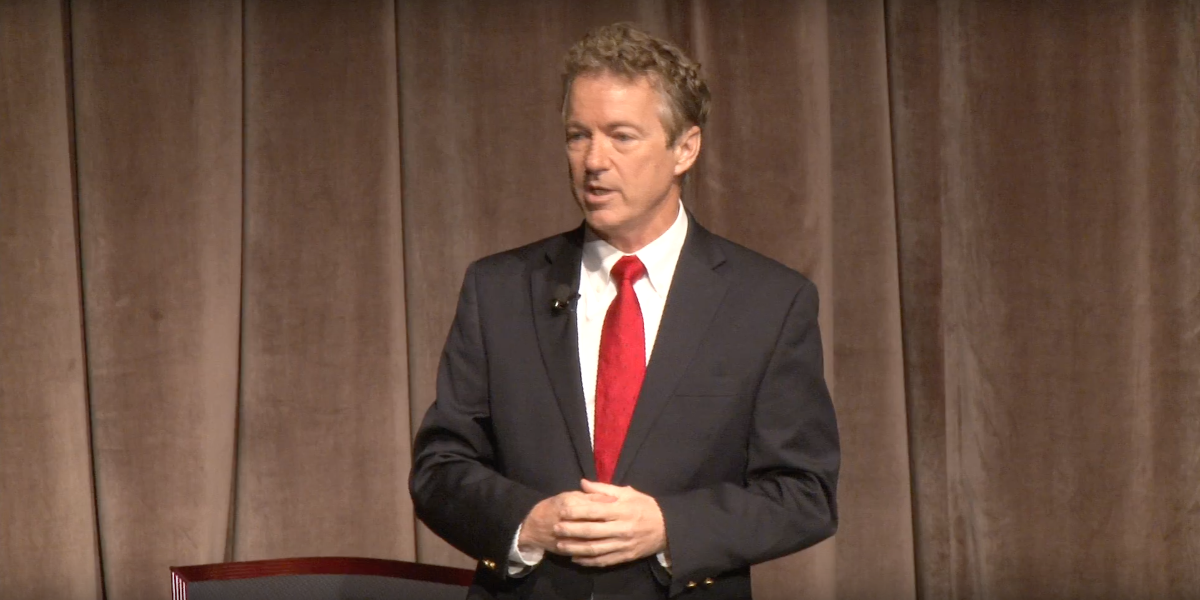 The event was hosted by GW College Democrats, College Republicans, and the school’s chapter of the Young America’s Foundation.

Paul and Wyden often speak out against warrantless mass surveillance, arguing that Americans lose when our nation sacrifices liberty for a false sense of security. The senators said Monday that liberty and national security are not mutually exclusive.

“We have always considered ourselves the bipartisan duo to keep hammering the message that we can’t give up liberty for security,” Paul said.

In our new digital age, the senators believe the government should take extra care in protecting the privacy of its citizens.

“Anything we do on the internet, we absolutely expect anonymity,” Paul said, rebutting the claims of those who argue citizens that voluntarily give information to third parties should not expect privacy.

“We don’t expect that they are going to tell anyone about our purchases or what we read on the internet. But the government says you don’t have a privacy interest once you have a third party of information,” Paul said.

“Digital is different,” Wyden added. “When somebody is arrested you can’t automatically whip through their phone because digital is something unique.”

Paul and Wyden introduced a bipartisan bill to combat the excesses of governmental spying in October.

Under current regulations, the FBI can conduct “backdoor” searches of American communications with foreign targets under suspicion without a warrant.

Wyden says he would filibuster a bill that seeks to force companies like Apple to install backdoors in their products, which could allow the government access to devices.

“It is important to protect strong encryption and not allow the government to say there ought to be backdoors and require companies to build backdoors in their products,” he said.

Paul concluded by agreeing with Wyden, adding that government oversight is the key to protecting American citizens from privacy violations.

“We have made mistakes in our past, they do happen in times of war,” Paul said. “That’s why we need government oversight, to protect our rights and the minority in thought from unlawful surveillance.”