Should President Trump be removed from office by the 25th Amendment? 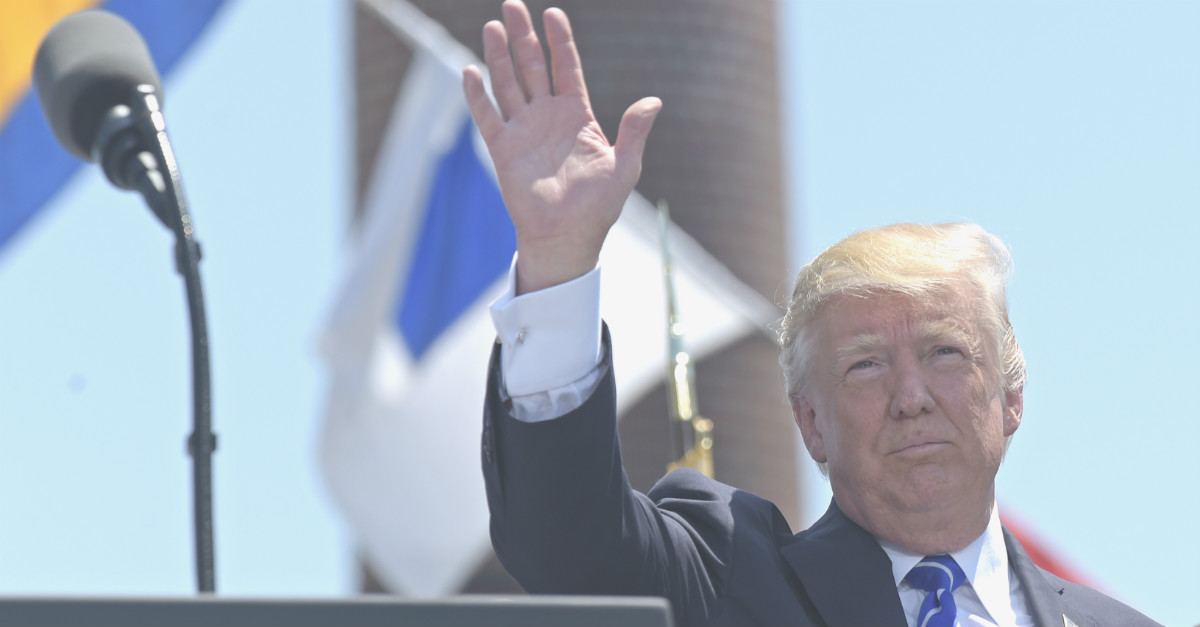 The 25th Amendment to the Constitution was adopted in 1967 following the assassination of President Kennedy. Most of it is basic procedural stuff, codifying what happens if the president is unable to continue in his role.

Where it gets interesting for our present political situation is that death and resignation aren’t the only ways that can happen. The amendment provides that if the vice president and a majority of the Cabinet or Congress declare in writing “that the President is unable to discharge the powers and duties of his office,” the veep takes over. The president can dispute their assessment, but if a two-thirds majority of both houses of Congress side with the vice president, the removal stands.

As scandals continue to accumulate around President Trump, the 25th Amendment option to get him out of the White House has been raised with increasing frequency. It started among Trump’s critics on the left, but now the New York Times’ conservative columnist Ross Douthat has expressed his support.

To be president, Douthat wrote Tuesday, requires qualities including “a reasonable level of intellectual curiosity, a certain seriousness of purpose, a basic level of managerial competence, a decent attention span, a functional moral compass, a measure of restraint and self-control.” Trump, he continued, “is seemingly deficient in them all,” a persistent inadequacy that justifies triggering the 25th:

The Trump situation is not exactly the sort that the amendment’s Cold War-era designers were envisioning. He has not endured an assassination attempt or suffered a stroke or fallen prey to Alzheimer’s. But his incapacity to really govern, to truly execute the serious duties that fall to him to carry out, is nevertheless testified to daily — not by his enemies or external critics, but by precisely the men and women whom the Constitution asks to stand in judgment on him, the men and women who serve around him in the White House and the cabinet.

Douthat’s provocative piece has been met with considerable pushback.

Charles C.W. Cooke at National Review argues that such a removal would be considered a coup by large portions of the country. For “the president to be undone by a small group of establishment Republicans and replaced with a career politician would be disastrous for the culture,” he suggests, and “an invitation for discord the likes of which we have not seen in a while.”

The American Conservative’s Daniel Larison makes the case that this use of the 25th Amendment clearly flouts its intended purpose:

Invoking the 25th Amendment in this case wouldn’t just do violence to norms, but would make a mockery of the plain meaning of the language of the Constitution. Trump has demonstrated remarkable incompetence, but he is not so physically or mentally disabled that he can’t discharge the duties of his office. He may discharge those duties badly, but that is an entirely different question and one that the amendment was never intended to address.

And over at Reason, Nick Gillespie argues that talk of forcibly removing Trump from office at this stage of his presidency “is coming not from a place of seriousness but pure partisanship and ideology masquerading as disinterested belief in the public good.” Gillespie is far from a Trump enthusiast, but he sees a real risk of unintended consequences.

As much as I understand the appeal Douthat sees in the 25th Amendment route, for the moment, I’m inclined to side with the naysayers. That said, I’d submit this is something of a moot point on two grounds.

First, as a Politico piece from late March explained, hope of a 25th Amendment removal is extremely implausible if history is any guide:

The notion that Pence and a Cabinet majority will look at Trump’s next tweets or telephonic fulminations and decide he’s not fit for the job is beyond absurdity. […] In the midst of a shooting war in Vietnam, and a Cold War on constant simmer, Nixon was often abusing alcohol and prescription drugs, leading to stretches of incoherence and irrationality. No one around him even raised the specter of invoking the 25th Amendment.

RELATED: The Internet gave Trump a history lesson after he said he was the most “unfairly” treated politician in “history”

That was written before the most recent gazillion tweets and revelations, but I think it still stands.

Second, Trump himself wouldn’t allow it. As his Art of the Deal ghostwriter has predicted, Trump would resign before he’d let himself be kicked out of the White House. He’ll avoid the label of “failure” at all costs.

It isn’t hard to imagine how this would go down. Having endlessly cast himself as a brave outsider and an enemy of the establishment, Trump would announce his work is done; claim Washington can’t handle how amazing he is; declare his presidency a record-setter for doing the most good in the least time, and bid the losers and haters adieu.