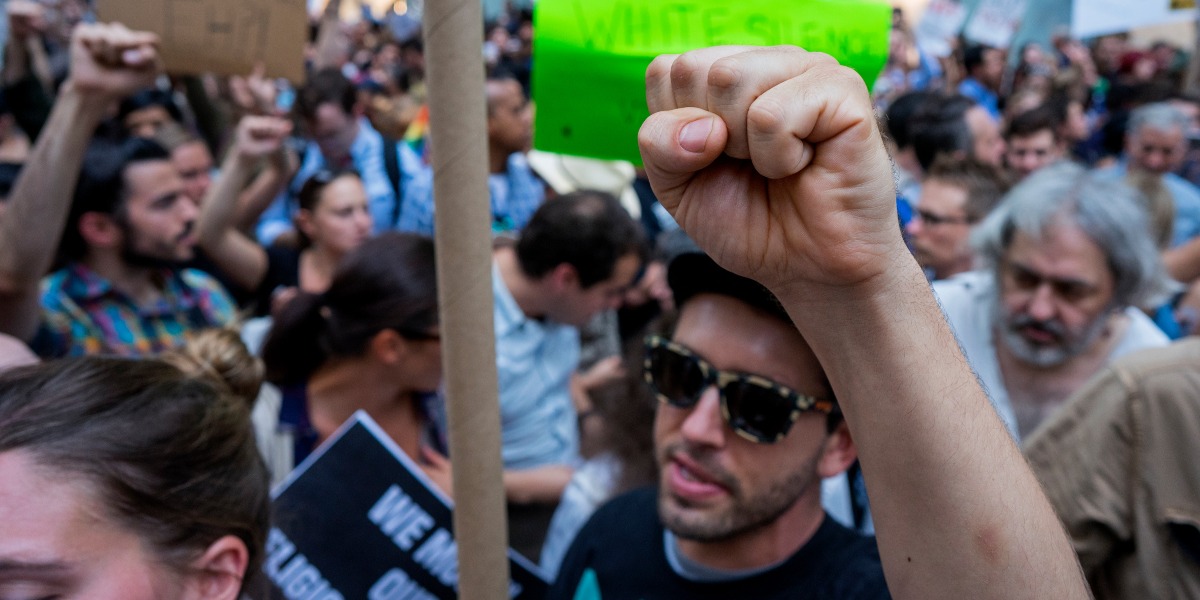 In an incredibly blatant abuse of power, the Justice Department (DOJ) is trying to spy on thousands of people whose sole ‘crime’ is visiting a website that helped organize a protest of President Trump’s inauguration earlier this year.

The story came out in a blog update published Monday by the web hosting company DreamHost. As the post reported, the DOJ has obtained a warrant demanding DreamHost hand over “all information available to us about this website, its owner and, more importantly, its visitors,”  including names, photos, contact information, email messages and even payment information like bank account and credit card numbers for thousands of people who interacted with the targeted site, disruptj20.org.

RELATED: Yes, left-wing violence matters, and Donald Trump was right to condemn the attacks on “many sides

On top of that, the DOJ also wants DreamHost to reveal the IP addresses, the computer’s distinct digital identifier for internet communications, of 1.3 million visitors to this protest site. (Technically, that’s a count of computers, not people, because multiple people can use one computer with the same IP address — but on the other hand, one person could visit the site on multiple devices, so it probably works out to about 1.3 million people involved.)

Now, the warrant says the DOJ is just looking for people who “participated, planed [sic], organized, or incited the January 20 riot.” More than 200 people have already been arrested and indicted for rioting in Washington during the inauguration; the destruction of which they are accused consists of damage to four businesses, a limousine lit on fire and minor injuries to police officers after rioters threw rocks and trash cans at them. This is violent, criminal behavior, and of course it is appropriate for suspected rioters to be charged and tried accordingly.

But that’s not what the DOJ is doing with this website situation. “The Department of Justice isn’t just seeking communications by the defendants in its case,” writes legal analyst Ken White.

“The government has made no effort whatsoever to limit the warrant to actual evidence of any particular crime. If you visited the site, if you left a message, they want to know who and where you are — whether or not you did anything but watch TV on inauguration day.”

Heck, even people who visited the site because they like Trump and wanted to know why other people don’t would be caught up in this incredibly broad surveillance attempt.

RELATED: Congress can get rid of a lot of unconstitutional mass surveillance by doing nothing at all

And honestly, how likely is it that website records are going to definitively identify more actual rioters, who were a small minority among generally peaceful anti-Trump demonstrators? Surely no one imagines would-be rioters went online and described, in advance, their intention to smash windows.

The abuse of power here is glaring and its implications unsettling, especially, as White adds, “when it comes from an administration that has expressed so much overt hostility to protesters, so relentlessly conflated all protesters with those who break the law, and so deliberately framed America as being at war with the administration’s domestic enemies.”

I don’t know how say this more delicately, so I’ll just be blunt: this is the kind of authoritarian crap dictators pull. Whether the intention is to subdue free speech against the president or not, there is a very real chance that will be the effect if this warrant succeeds.